Suddenly speeding up and rushing into an SUV convenience store... "I lost my mind for a moment"

This morning, at a convenience store in Seoul, there was a dizzying incident of a car rushing into a car. Accidents presumed to be sudden eruptions have also occurred. Correspondent Kim Ji-wook. Convenience store windows are all broken and debris is scattered on the road. 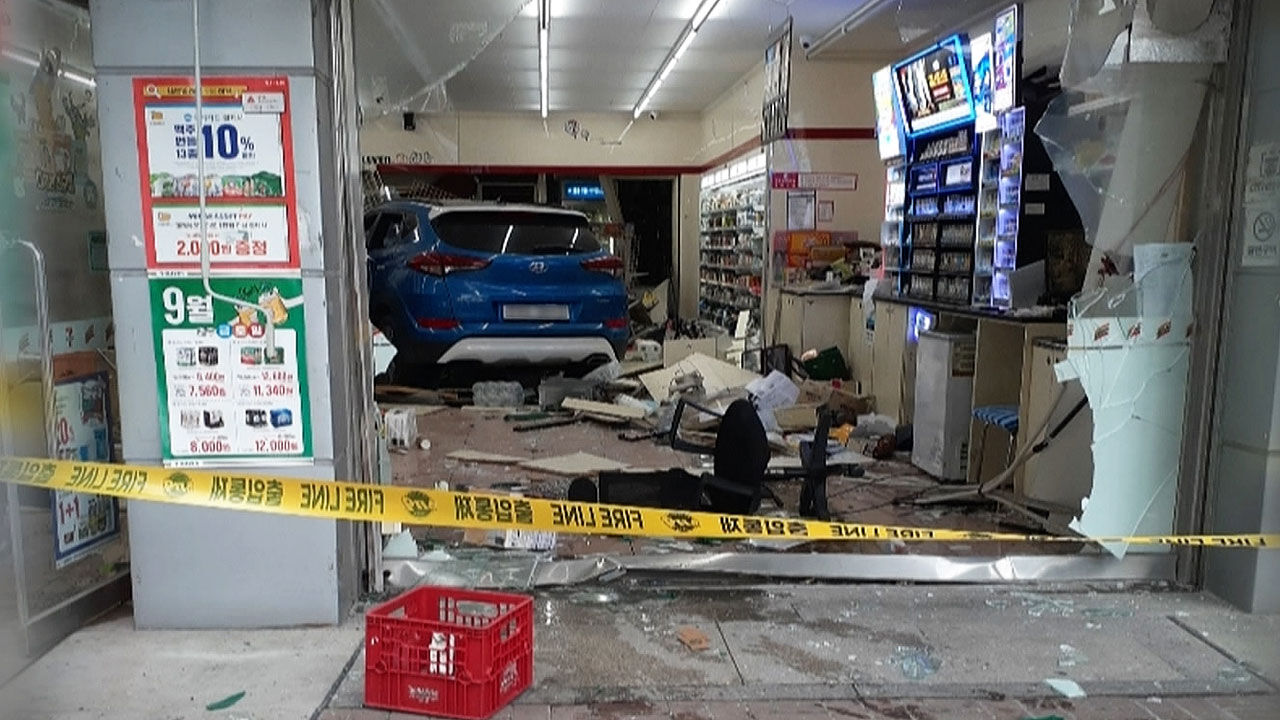 Today (2nd) morning, at a convenience store in Seoul, there was a dizzying incident of a car rushing into a car.

Accidents presumed to be sudden eruptions have also occurred.

All the windows of the convenience store are broken and debris is scattered on the road.

At 11:20 am today, an SUV driven by driver A in his 50s rushed into a convenience store in Gangbuk-gu, Seoul.

A vehicle driving from the road opposite the store suddenly accelerated from the white stop line and rushed into the store.

In the accident, an employee and a customer inside the store were injured while avoiding the vehicle, and driver A and a passenger were also injured, but their lives are not in danger.

Police believe that Mr. A is not in a state of alcohol or drugs.

[Kim Hyun-soo / Seoul Gangbuk Police Station Traffic Safety Section: According to the driver, he lost his mind for a while…

It almost could have become a dangerous situation.]

There were also traffic accidents that were presumed to be caused by sudden acceleration of the vehicle.

Last night around 10:30 in a residential area in Uiwang-si, Gyeonggi-do, a car driven by a female driver B, a woman in her 50s, collided with six parked and stopped vehicles one after another.

She drove one or five or six and drove one round and drove it to the front of the house.]

On a road near Jorye-dong, Suncheon-si, Jeollanam-do, an electric car taxi that suddenly increased its speed collided with a vehicle waiting at a signal in the opposite lane, leading to a 13-fold collision.

Police are investigating the cause of the two accidents, leaving various possibilities open, such as sudden acceleration and inexperienced driving.