A police officer in Busan stopped by a bank on a day off and caught a voice phishing gang member who was sending money on the spot. At a middle school in Seoul, there was an incident in which a student wielded a weapon at another. 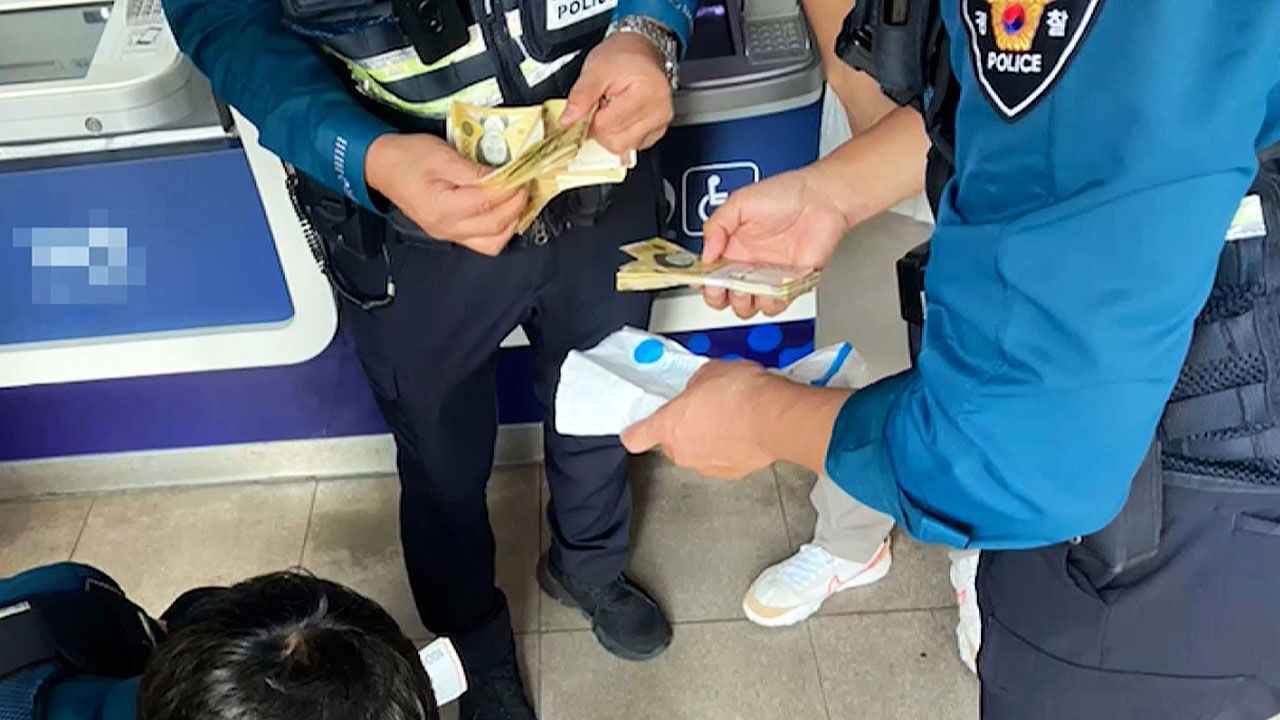 A police officer in Busan stopped by a bank on a day off and caught a voice phishing member who was sending money on the spot.

At a middle school in Seoul, there was an incident in which a student wielded a weapon at another.

Police seize cash from a man in a gray top.

[This cash belongs to the victim, so we confiscate it as evidence.]

This man, who was collecting money from voice phishing victims and sending money, was caught by an incumbent police officer who stopped by the bank on his day off.

[Yoon Jin-ho / Busanjin Police Station Seomyeon District Sergeant: Strangely, a young man in his 20s was continuing to send money without a bankbook.

When I looked carefully, there were many unspecified names and account numbers written on the screen like this, so I was convinced it was a voice phishing crime.]

When I revealed the policeman's identity, a bewildered man confessed to the crime and was immediately arrested as a current criminal.

The police confiscated 7.6 million won in cash and stopped paying 5 million won that had already been transferred.

In Yeosu, Jeollanam-do, a 25-seater daycare bus crashed into a reservoir, killing the driver in his 40s.

At that time, the driver was alone on the bus.

Police and fire departments are investigating the exact cause of the accident.

In a middle school classroom in Seoul, a student swings a knife at a classmate, and the police launch an internal investigation.

Group A is accused of beating his friend Army B in the classroom on the 28th of last month, bringing a weapon and threatening him by holding it to the neck.

[The victim's student B's mother: I suddenly hit him in the face with a fist, so the glasses just flew away.]

It is known that Group A assaulted the teacher because he wrote down his actions such as cursing the teacher on the blackboard.

The school has suspended school for the assailant group A, and the police will call the aggressor next week to investigate the circumstances.