Black smoke rose from a fire at a textile factory in Daegu this afternoon. Even the fire helicopter managed to extinguish the fire in two and a half hours. Reporter Yoo Deok-gi reports. 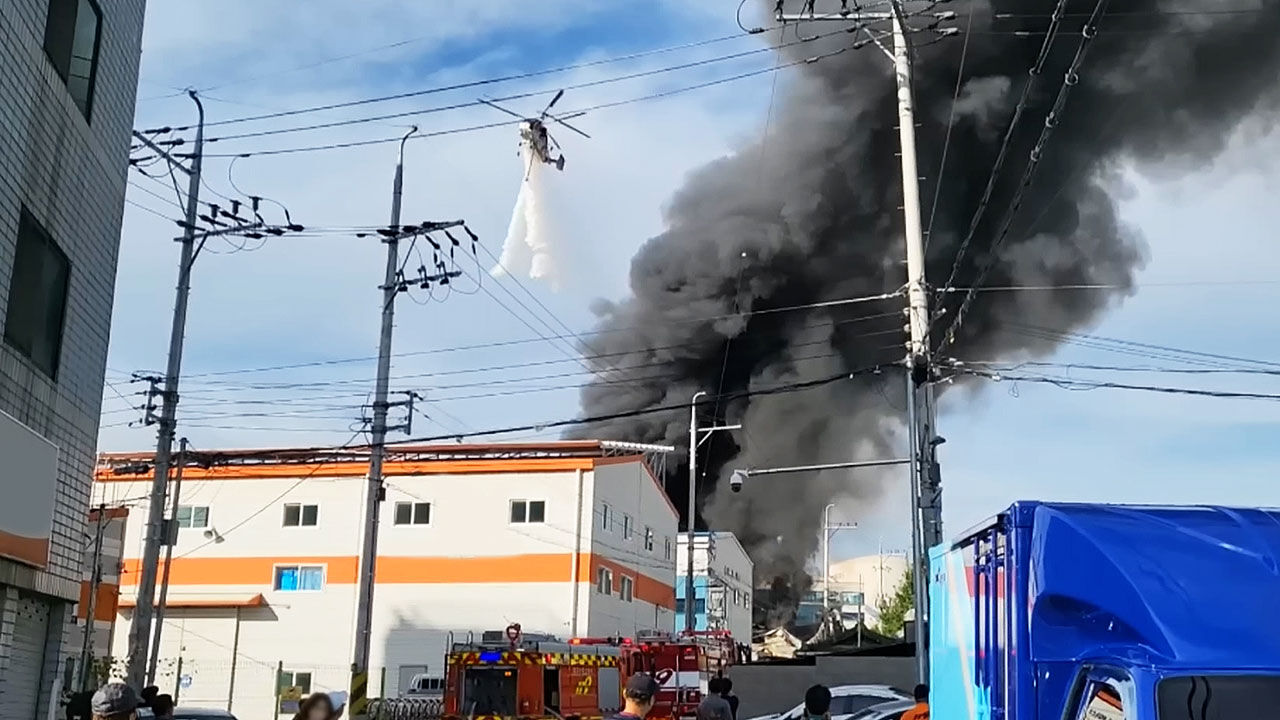 Black smoke rose as a fire broke out at a textile factory in Daegu during the day today (1st).

Even the fire helicopter managed to extinguish the fire in two and a half hours.

On the roof of the factory where black smoke rises, a firefighting helicopter pours water.

A fire broke out at a textile factory in Yulam-dong, Dong-gu, Daegu around 2:40 pm today.

More than 200 firefighters and helicopters were deployed, but the materials piled up inside the factory burned and emitted black smoke, making it difficult to access and extinguish the site.

[Witness: The smoke came out too loud.

It was so fierce that it really covered the sky, and the fire spread all the way to the top of the building

The fire department, which extinguished the big fire in two and a half hours, is building a fire line to prevent the fire from spreading to nearby factories and putting effort into extinguishing the remaining fire.

At the same time, a fire broke out at a factory in Heungcheon-myeon, Yeoju, Gyeonggi-do.

Fortunately, there were no casualties, but the fire completely burned out one of the three buildings in the factory site and was extinguished within an hour.

At around 11:40 a.m. earlier, a fire presumably caused by a short circuit broke out in a house in Bugi-myeon, Jangseong, Jeollanam-do.

The fire department estimated that it caused about 20 million won in property damage, and the fire was extinguished in about 1 hour and 20 minutes without any casualties.