According to SBS coverage, an epidemic called 'Cow Tuberculosis' has been prevalent in some parts of Seoul Grand Park Zoo in Gwacheon since the first half of last year. As this epidemic, which can be transmitted between animals and humans, spread, more than 40 rare animals from South America were euthanized at Seoul Grand Park. 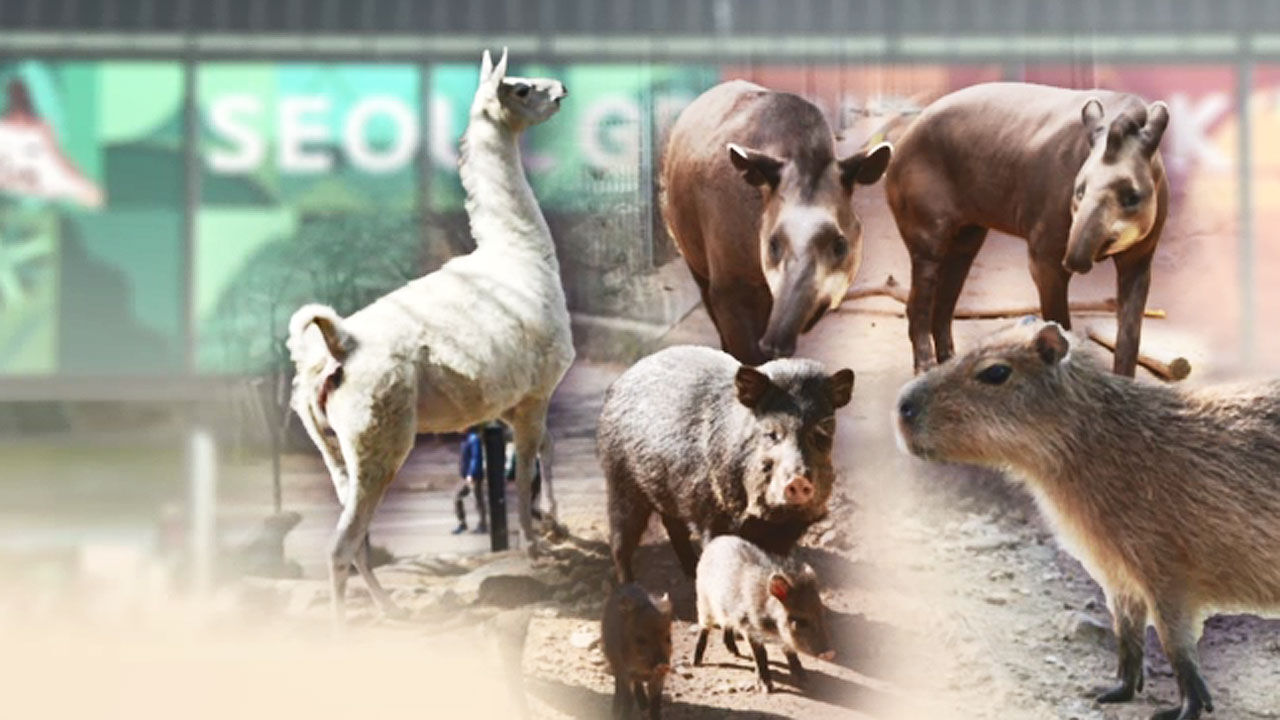 SBS coverage revealed that an epidemic called 'Cow Tuberculosis' had been prevalent in parts of Seoul Grand Park Zoo in Gwacheon since the first half of last year.

As this epidemic, which can be transmitted between animals and humans, spread, more than 40 rare animals from South America were euthanized at Seoul Grand Park.

There is a notice stating, "Visitors will not be able to visit until the end of August due to environmental inspection and improvement."

A control line has been put around, but the suspension of viewing is today (30th) for a year and three months.

So there are no animals.

I should have been out before that, but I didn't.]

The reason the South American Pavilion was closed was confirmed as a result of SBS coverage that it was due to 'Ruber tuberculosis', a zoonotic disease that can be transmitted to humans.

Bovine tuberculosis, a common disease of wild animals, is transmitted through the respiratory tract or excrement, and it is difficult to detect and treat symptoms.

The epidemic continues this year after bovine tuberculosis bacteria emerged from the carcasses of animals that died in the South American Pavilion in May of last year.

As a result, one llama and 13 shawl peckries were euthanized over the course of four months, starting with one American tapir and two guanaco, which are endangered species, in July last year.

After that, I thought it would be quiet this year, but as right tuberculosis spread again, on Thursday last Thursday, 27 animals of all 7 species, including endangered species, were mass-euthanized in the South American Pavilion alone.

Among them, an anteater with a transaction price of more than 100 million won was also included.

Seoul Grand Park said that animals that were infected or at high risk of infection were euthanized to prevent infection by zoo staff and to prevent the spread to other animal viewing facilities.

Q. Can bovine tuberculosis be transmitted to zoo staff and visitors?

Bovine tuberculosis is usually detected in cattle, but it is also found in wild animals.

However, from 2015 to last year, not a single person infected with bovine tuberculosis in Korea was reported.

Seoul Grand Park said that veterinarians and breeders who came into contact with animals in South America were notified of the development of bovine tuberculosis and continued tuberculosis testing.

He said no one was infected.

Since the South American Pavilion has been controlled since last June, it is highly unlikely that general visitors have moved.]

Q. Was there any problem with the measures taken by Seoul Grand Park?

[Reporter Yoo Deok-gi: First of all, the explanation of the Grand Park is that it is to prevent excessive fear and because there is no disclosure standard under the current law.

However, there is growing criticism that infectious disease outbreaks should be disclosed transparently.]

[Lee Hyeong-ju, CEO of animal rights group Aware: Rather, it is correct to play a role in helping other zoos to take action so that they can be actively tested.]

[Lee Seong-man / National Assembly Administrative Safety Committee Member: After confirming the relevant facts after not notifying or notifying the citizens for over a year, considering that it is now publicly available, it may not have damaged the citizens' right to know and the transparency of information.]

The Seoul Metropolitan Government has also revealed to SBS that, including this case, it will disclose to the public transparently about these infectious diseases that occur in Seoul Grand Park in the future.]