[Actually] "There is no limit on compensation for strikes in developed countries" Is it true?

Recently, Daewoo Shipbuilding &amp; Marine Engineering (DSME) filed a lawsuit asking the labor union, which had been on strike for 51 days for reasons such as wage increase, to recover damages. The claim amounted to 47 billion won. 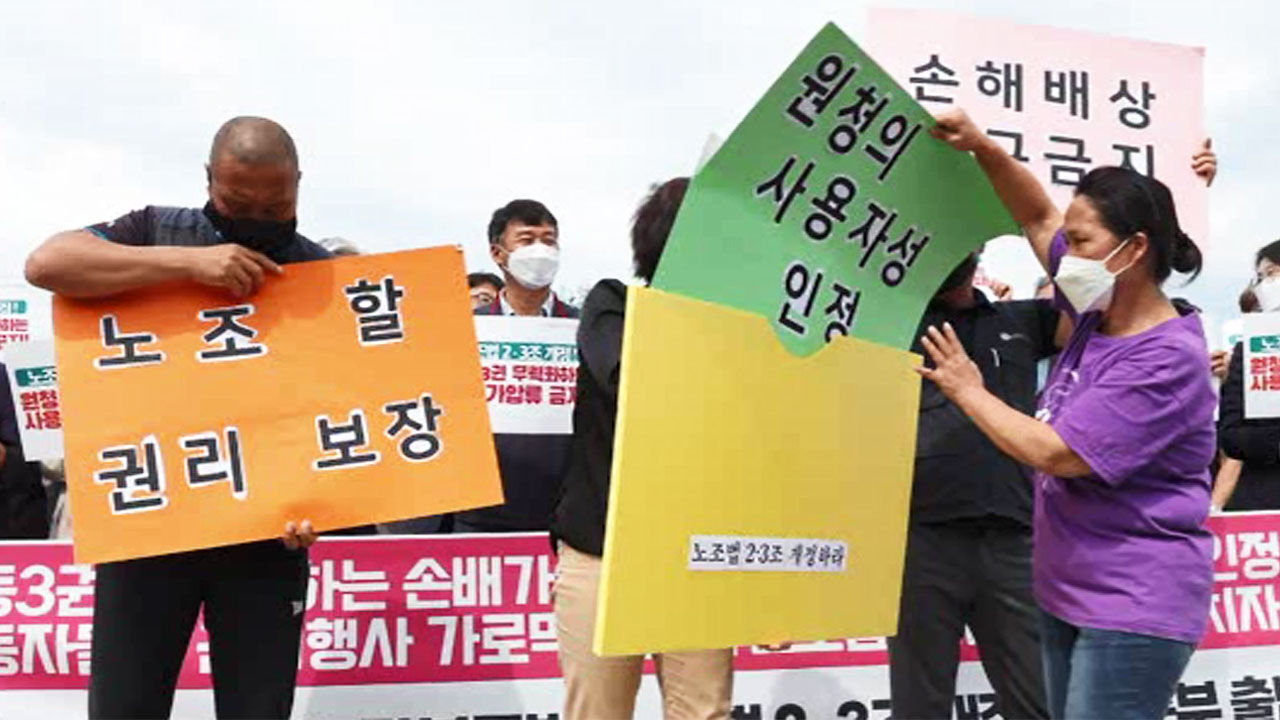 Recently, Daewoo Shipbuilding & Marine Engineering (DSME) filed a lawsuit asking the labor union, which had been on strike for 51 days for reasons such as wage increase, to recover damages.

The claim amounted to 47 billion won.

Labor and management reached an agreement with difficulty, but Daewoo Shipbuilding & Marine Engineering explained that the purpose was to prevent illegal strikes in the future by holding civil and criminal liability.

Earlier, Hite Jinro also filed a claim for damages of over 2.7 billion won against strikers.

The controversy has shifted to politics.

The so-called 'yellow envelope law' was proposed one after another by the opposition parties to limit claims for damages for strikes, and the Democrats included it in their seven priorities.

The ruling party and business groups are protesting that the Yellow Envelope Act infringes on corporate management rights.

In this process, 'foreign cases' were frequently mentioned.

It has been argued that even in European countries, where labor rights are developed, they are taking strict measures against illegal strikes through claims for damages.

On the other hand, labor unions and progressive groups are fighting against it, saying, "No."

We looked at how developed countries really do, especially Germany, France, and the UK, which have been frequently discussed so far.

What are the rules for compensation for strikes in developed countries?

First, let's look at the current situation in Korea.

Article 3 of the Trade Union Act stipulates that “even if you have suffered damages due to an act of industrial action, you cannot claim compensation from a worker.”

However, Article 4 states that "in no case shall violence or vandalism be construed as just acts".

In other words, if the industrial action is not justified, that is, in the case of an 'illegal strike', the employer can claim damages from the worker.

And the criteria for that 'legitimate industrial action' are presented in case law.

In order to be an industrial action that can avoid damages, it means that the subject, purpose, procedure, and means must all be satisfied.

If so, what are Germany, France and the UK doing?

In Germany and France, there are no clear legal provisions governing industrial action.

However, the justification of industrial action is determined by case law.

Here are a few sentences that are important to labor academia.

Strikes should be used as a last resort.

If a company is in disorder due to a strike, the strike has been abused and corrupted.

The above precedent serves as the basis for compensation for illegal strikes.

The UK, a country of common law, stipulates that in case of an illegal strike, civil as well as criminal punishment are possible.

Accordingly, a person who commits a crime could face up to three months in prison on a summary conviction.

In other words, as business groups say, developed countries such as Germany, France and the UK, where labor rights are well developed, can claim damages for illegal strikes by unions.

If so, are claims for damages for strikes common in these countries?

As a conclusion, although it is possible to claim for damages, there are regulations and precedents that make it difficult to exercise the right to claim.

The German Federal Labor Court says that production loss itself is not considered a loss in calculating the amount of damages.

In general, the amount of compensation to be compensated by the union is the difference between the income that would have been obtained if the business continued to operate and the expenses not incurred due to production loss (wages, repair costs, electricity costs, cleaning costs, etc.).

France does not hold the strike leadership or any occupied union members jointly liable.

If there is an offense committed by each worker, it is necessary to prove the causal relationship between the offense and the damage, and the burden of proof rests with the employer.

The employer must clearly prove the damage and must prove the individual attributable to the damage to each striker who wants to assume responsibility.

In reality, this proof is very difficult.

In the UK, there is an upper limit on the amount of damages that can be claimed based on the size of a union member by law.

It is presumed that this is because employers show a passive attitude due to the fact that there is an upper limit, so that the entire loss cannot be compensated, and that civil litigation has an adverse effect on labor-management relations since the strike is already over.

In other words, in principle, it is possible to claim compensation for strikes in these countries, but the common evaluation of the labor academia is that the case of exercising the right to claim is rare because the actual profit is not great.

SBS fact verified the claim that "the UK, France, and the UK also have no limit on compensation for illegal strike workers."

Countries with advanced labor rights, such as Germany, France, and the United Kingdom, were mentioned, and this is an argument that reads to mean that these countries also take strict measures against illegal strikes.

In fact, the team checked the laws and precedents of these countries one by one and confirmed that not only compensation for damages but also criminal punishment for illegal strikes are possible.

However, there was also a rule that made claims more difficult, and it was found that it had the effect of limiting the compensation for damages.

The assertion that "developed countries have no limit on damages to strikers" is true in principle, but it is a common assessment that such cases are not common.

Therefore, SBS Fact determines the assertion that "the UK, France, and the UK also have no limit on compensation for illegal strike workers" as 'half fact'.