As for the number, 'no householder'... An appearance of charter fraud targeting loopholes in reading

While jeonse fraud is rampant, a fraudulent technique has emerged to exploit the loopholes in the inspection statement of moving-in households that confirms whether or not tenants reside. It was mainly aimed at the elderly, and UBC reporter Shin Hye-ji tells you in detail. 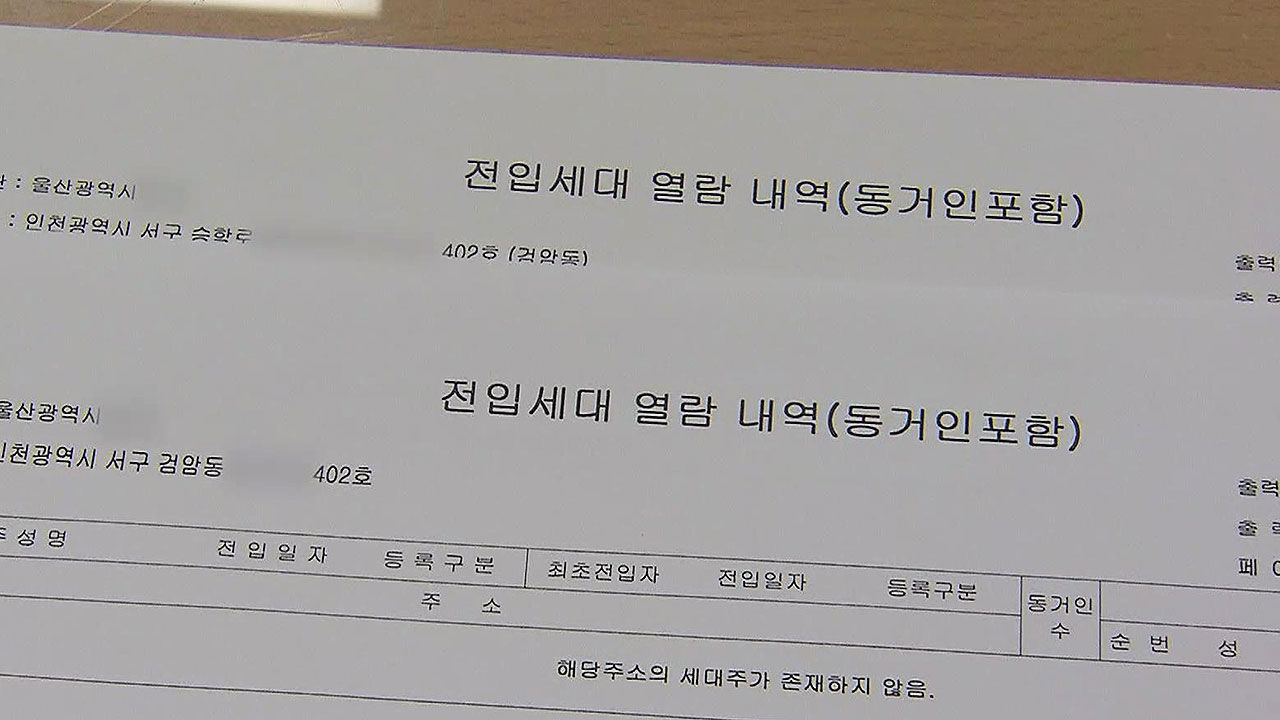 While the charter fraud is rampant, a fraudulent technique has emerged that targets the loopholes of the moving-in household reading statement that confirms whether the tenant is resident or not.

It was mainly aimed at the elderly, and UBC reporter Shin Hye-ji tells you in detail.

A document that confirms whether the tenant is actually living in the 'transition household inspection statement'.

Similarly, the original address is 'Room 502', but by intentionally adding characters such as 'dong 1-dong', it is not an address that does not exist even if it is issued as '1-dong 502', but a statement stating that 'the head of the household does not exist'.

The scammers took advantage of this loophole.

First, he bought a tin can and approached the elderly with abundant cash with a reading statement of the moving-in household that said 'the head of the household does not exist'.

As there were no moving-in households in the house, the elderly decided that there was no way they could take money out, so they lent out billions of dollars without hesitation.

[Jeong Tae-young / Ulsan Police Agency Anti-Corruption and Economic Crime Investigation Team: Because I have some cash or other assets, gangsters and unregistered lenders working in Ulsan or Yangsan approached me…

Above all, the fraudulent gang was able to easily deceive creditors because this moving house inspection statement cannot be issued except by the homeowner or tenant.

In addition, there were no anti-counterfeiting bands or holograms in the reading statement of the moving-in household, so it was not difficult to forge or falsify.

Accordingly, the police are planning to request the relevant authorities to improve the system so that anyone can know whether there are tenants by entering only the address of the house.

In addition, we plan to continue the intensive crackdown in cooperation with the Ministry of Land, Infrastructure and Transport until January next year.