Amazon launches the first Kindle you can write on

It has been 14 years since Jeff Bezos introduced the Kindle, the electronic book that has almost become the standard in the publishing industry. Now, for the first time, it will be a... 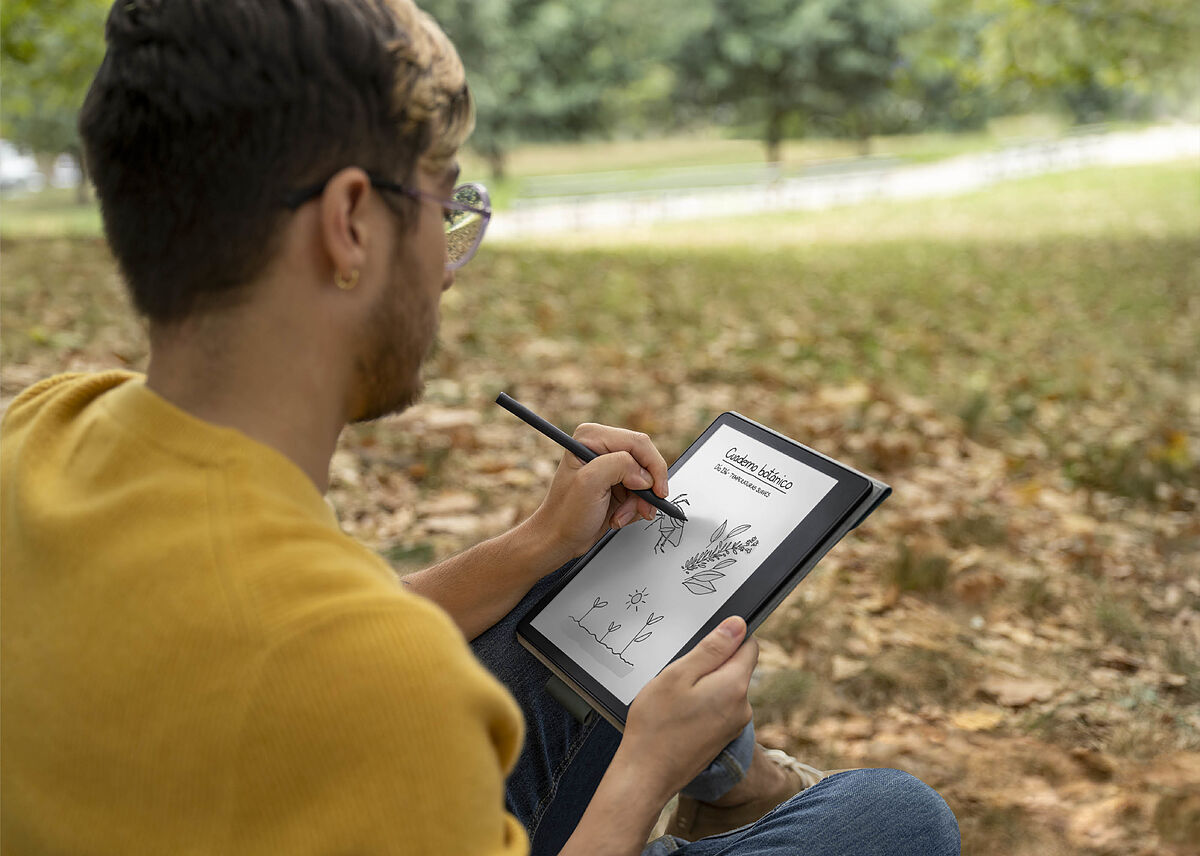 It has been 14 years since Jeff Bezos introduced the

that has almost become the standard in the publishing industry.

Now, for the first time, it will be a device not only for reading, but

At the event that Amazon celebrates in the fall to talk about new consumer electronics products, the protagonist has undoubtedly been the Kindle Scribe, which is a book with a 10.2-inch diagonal electronic ink screen that for the first time It

compatible with a digital pen

with which to write or draw.

It can be used to review and annotate documents or take notes in class, although with the same limitation as electronic books:

the screen only shows grayscale

and the refresh rate is not very high.

Until now it was possible to make annotations, but using a virtual keyboard.

"It's also great for

it has a battery life measured in weeks

, not days, and is perfectly readable in broad daylight.

Its thickness is less than 6 mm.

and it is also very light.

There are two digital pens available, a basic one and a premium one that includes a

virtual eraser on the end

and a button that can be associated with specific tasks or apps.

The idea of ​​combining a ballpoint pen with an electronic ink screen is not new.

Companies like Remarkable already had Kindle Scribe-like products for sale, but like e-books more than a decade ago,

Amazon's breakthrough could act as a catalyst

for the entire market.

Scribe can be reserved from today at a price of 369 euros.

Along with Scribe, Amazon has also announced

new versions of its

The company has also announced a new FireTV Cube, a device that adds the FireTV experience to any screen, with access to applications and the Alexa ecosystem.

It can also be paired

with a new remote control

with customizable buttons that can also emit a sound if it gets lost between the sofa cushions.

Amazon has also announced that it will bring the FireTV interface experience to the Echo Show 15, its largest smart display.

In the US, it also plans to launch new products.

One of the most interesting is Halo Rise, a

nightstand lamp that is capable of simulating sunrise and sunset

to soften the impact of waking up in the morning or relax the atmosphere before bed.

The lamp is also capable of monitoring sleep quality without the need for direct contact thanks to various integrated microphones and sensors.

Another notable announcement is the new FireTV Omni series of QLED televisions, which will be available in 65-inch and 75-inch screens at a very low price of approximately $799 at current exchange rates, almost the same amount in euros.

will also be able to show art in digital format

when not in use, as a frame, as some competing models already do.