“Geothermal activity must continue”: scientists have found evidence of the presence of liquid water on Mars

An international team of scientists has proven the presence of liquid water under the ice sheet covering the south pole of Mars. The analysis of the relief of the Martian ice sheet allowed the researchers to draw such conclusions - it looks like the surface of terrestrial reservoirs covered with ice. The authors of the work used data obtained by the Mars Global Surveyor spacecraft. Scientists believe that these findings also indicate the presence on Mars of a fairly high level of geothermal activity. 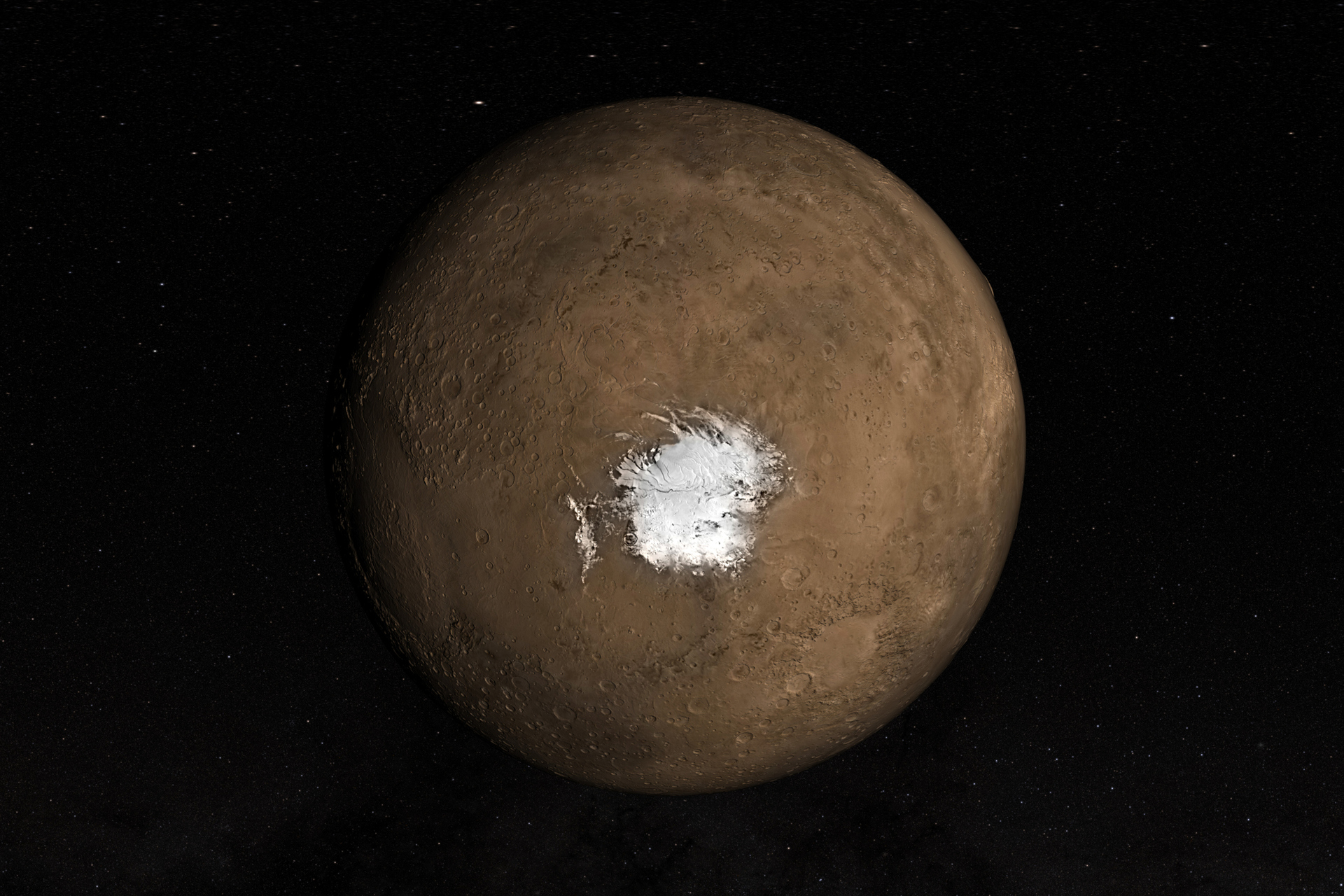 An international team of scientists has found new evidence for the presence of liquid water under the ice cap at the south pole of Mars.

The work was published in the journal Nature Astronomy.

The researchers used data collected in the late 1990s and early 2000s using a laser altimeter (or altimeter) aboard the Mars Global Surveyor spacecraft.

The data transmitted then is still used to study Mars.

The altimeter made it possible to create a topographic map of the planet - the device calculated the distance to the surface from the time it took the laser pulse to reach it.

The authors of the work, done with the leading role of the University of Cambridge, analyzed the topography of the ice cap surface and came to the conclusion that its features indicate the presence of liquid water under the ice.

Recall that both poles of Mars are covered with ice caps - in this the planet is similar to Earth.

At the same time, it is believed that, unlike on Earth, Martian glaciers do not contain liquid water under the surface, but are completely composed of frozen ice.

Such conclusions were made earlier due to the peculiarities of the cold Martian climate, as well as the lack of geothermal activity necessary to warm the lower layers of glaciers.

In 2018, the first data appeared that cast doubt on this version.

They were obtained as part of the expedition of the European Space Agency for the study of Mars - Mars Express, which was carried out with the participation of Russian scientists.

Then the MARSIS (Mars Advanced Radar for Subsurface and Ionospheric Sounding) radar revealed an area under the ice at the south pole of Mars that reflected the signal in such a way as if it were liquid water.

However, later scientists found that some types of Martian soil also have the same reflective ability.

In addition, it was believed that for the presence of liquid water on Mars, the level of geothermal activity should be higher than that currently assumed.

The authors of the new scientific work approached the problem from the other side - they compared the relief of the ice cap of the Martian pole with the relief of a similar ice cover on Earth.

The water under the ice layer facilitates the movement of ice masses.

Often the surface of the ice sheet, under which there is water, has depressions, which are interspersed with raised areas - a wavy relief is formed.

A team of scientists, including researchers from the University of Sheffield, the University of Nantes, University College Dublin and the Open University, found such a surface waviness 10-15 km long at the south pole of Mars, the height of the ridges reaches several meters.

This is reminiscent of undulations over subglacial reservoirs on Earth, the authors of the study note.

To test the hypothesis that the cause of such waviness on Mars is the presence of liquid water, scientists used a special computer model adapted to the conditions of the Red Planet.

Selecting indicators of geothermal activity, scientists have found a model that explains the appearance of irregularities on the ice surface by the presence of a layer of liquid water under its thickness.

“In light of the new topographic data from our computer simulations and radar information, it seems much more likely that there is currently at least one subglacial liquid water zone on Mars and geothermal activity must continue to keep the water under the ice cap in a liquid state.

The quality of the data coming from Mars, from orbiting satellites, and also from landers is such that we can use them to answer very difficult questions about conditions on or even below the surface of the planet, using the same methods that we use on Earth. , said study leader Professor Neil Arnold of the Scott Institute for Polar Research at the University of Cambridge.