"I just ruined some kid's life"... Juvenile sex crime, the perpetrator is 'walking'

&lt;Reporter Sohn Ki-joon&gt; [The victim's mother: I called my daughter, and a woman named her sister answered and said, 'She was holding her daughter next to her and she was raped, I think I was raped...] On the day of the trial, my mother was not allowed to enter the courtroom, so she had no choice but to stand in the hallway. 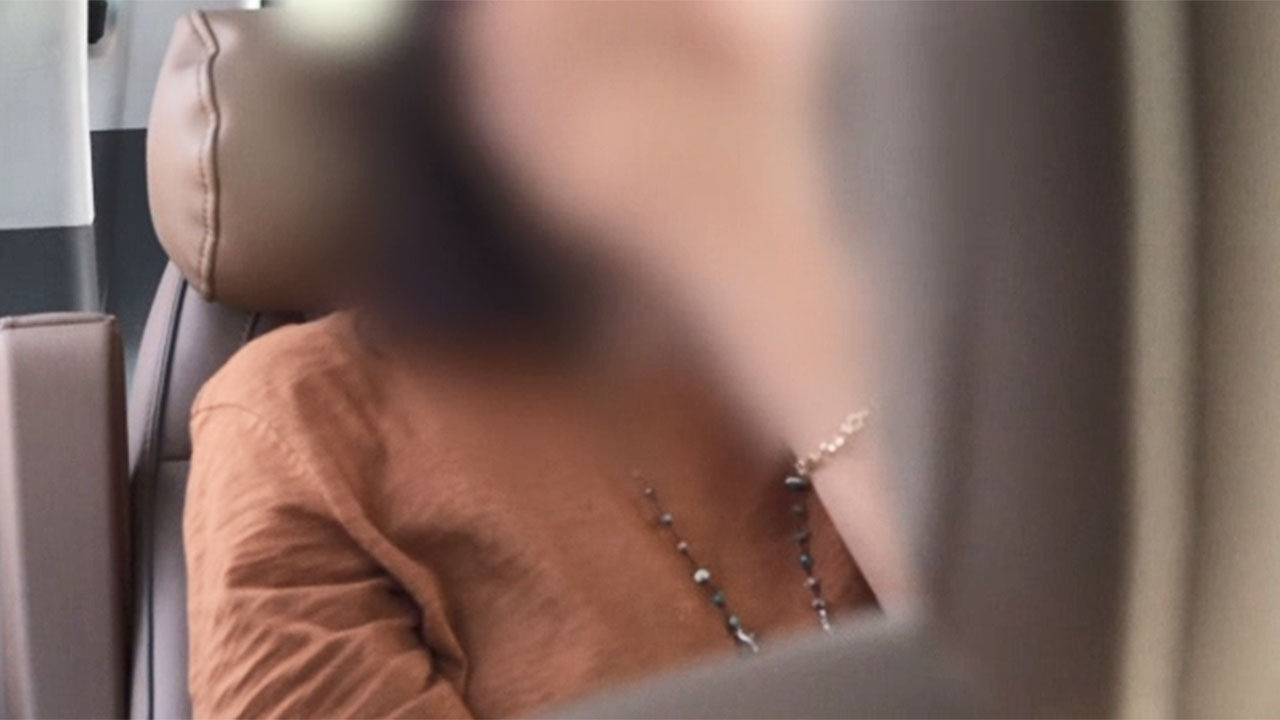 [The victim's mother: I called my daughter, and a woman named (another) sister answered and said, 'She is holding her daughter next to her and she was sexually assaulted, I think I was raped'...

On the day of the trial, my mother was not allowed to enter the courtroom, so she had no choice but to stand in her hallway.

[The victim's mother: 'The children came and the investigation was over, and now it has passed (to the court)'.

I haven't heard anything other than those two words.]

[Victim's public defender's office: We keep (consultation records), but (the lawyer) says there is no reason to show it...

[Responsible Police Station: Mother must go to the court and request confirmation.

[Mom of victim student: Everywhere I go, I have to talk about the child's incident, and I get rejected everywhere I go.

Even after the court ruling, the victim continued to go to and from the hospital to receive counseling and treatment.

On the other hand, the perpetrators wandered around the city as if there were no problems.

I was given a transfer, but even that was to no avail.

We pointed out the pain of the victims and the loopholes in the separation of the school district.

The daughter, who had a lot of aegyo, lost her smile after that day.

(My daughter has a lot of aegyo.) A lot.

She wants you to hold on a little longer.

When admitted to hospital (sent text).

was locked in the room and couldn't get out.

[The victim's mother: (Child) suddenly screams, hits the wall with her fist and (I) tries to pull it down, but it doesn't come out.

I cry when I turn on the light.

Then one day, I saw traces of self-harm on her arm.]

Victim student A showed symptoms of post-traumatic stress disorder and an affective disorder in which she felt extremely depressed and excited, so she was hospitalized.

Miss A complained to the medical staff, "I'm depressed and I don't want to do anything", "It's hard when the acquaintances of the perpetrators contact me."

[The victim's mother: 'Mom, I think it would be better for me to die.

I think it's harder for me to be alive'.

How would her parents feel every time she heard those words?]

The friends who stood by her side also expressed their pity.

[Victim student friend: We wanted to stay at home, so we played at their house every day.

When I see the aggressor students or their friends, I either avoid my seat or I can't go to the city itself at all.]

I mustered up my courage and went out onto the street, but it didn't last long.

[Victim student friend: When I came to the city, my hands were trembling.

He doesn't want to show his face, so he wears a hat so that he doesn't even show it to her adults...

Nevertheless, Miss A hoped for a speedy return to daily life, saying, "I will do my job when I am discharged, and I will make up for it by studying." On the

other hand, the perpetrator was leading a casual life,

[Sister of victim student: He is still doing jiu-jitsu. He just doesn't hide anything, he posts stories (on social media) as if he's good-looking, and he's doing what he normally does.] He even mentioned the

They were yelling around and telling their friends, 'I just ruined a child's life' or something like that.]

Both family A question the juvenile system itself

[Victim student's mother: To him, she

My child also knows that it can't be done. 'Mom, because of the tactile act (boy), he'll probably come out soon if he does this', so that's why he couldn't even go out of town at all. That's right.]

Brother A recently ran into a friend of student B, who was an assassin in the city.

'Isn't that him?' So I didn't say anything at first.

But he came again and said, 'Is your sister doing well'...

The friend of group B, who was with the crime scene, did not seem to feel guilty either.

[Victim student friend: Talking about the victim's name, 'How are you, I miss you' like this...

(You know, but you said you wanted to see me?) Yes…

My mother knew that group B would transfer to another area due to this incident.

[The victim's mother: The School Violence Committee was opened, and (the gang members) said, 'We will make it possible to send (the perpetrator) out of the city of Jinju'...

However, as a result of the coverage, group B was attending another middle school in Jinju.

According to the regulations, the offender must go 'preferably 5km away' from the school the victim attends.

In this case, the perpetrator was assigned to a school about 6 km away.

Although the regulations were followed, measures to separate victims and perpetrators were insufficient.

The Education Support Office explained that in order to prevent the transfer of students who have committed school violence to one school, schools that have received students who have been bullied within the past six months are excluded.

If you do this, you will be assigned to a school that is not far away.

[Office of Education Support Office: Once (the perpetrator) transfers unilaterally, the school has to accept it.

You can't refuse that school.

(By the way) If such children keep coming, wouldn't it be difficult for that school to do educational activities?] As

a member of the School Violence Committee reassured her mother, transferring to another municipality was impossible.

[Office of Education Support Office: That (the perpetrator) family lives in Jinju.

Those children must also be educated and raised under their parents.

These are children who are subject to the Elementary and Secondary Education Act.

(There's no way (what legal basis?)) you can send them out of the city of Pearl at all.

The rules themselves are not made that way.]

In the end, it was Miss A who transferred to another area to avoid the B and B friends.

Although the School Violence Prevention Act stipulates that the perpetrators cannot approach the victim, there is no action taken by the education authorities in case of violation.

[Educational Support Office official: Is there any way to know that children behave like that?

Unfortunately, by making a report of school violence like this again, he continues to do it himself so that the child does not receive such secondary or tertiary harm.]

Instead of healing the nightmare memories, the situation in which they have to be recalled is repeated to the victim students and their mothers. is becoming

[Victim student's mother: (report) You have to say the same thing every time you say it.

Then you're not trying to forget it, it's just bringing it out.

More stories with reporters from

[Reporter Min-Jun Kim: We are reporting this case intensively over two days, not to criticize a specific perpetrator.

As you can see from our coverage, the mother had to constantly bring out, remember, and confess her daughter's harm while she was working to save her.

Our reporters, who watched this from the side, thought that there would be no more secondary harm than this.

So, I prepared these articles to point out the inconsistencies and loopholes of the current system.

The perpetrator is a minor, but the victim is also a minor.

Although the case was a felony, the perpetrator was only a protective measure without criminal punishment because he was a juvenile.

Meanwhile, the victims and their families were left in greater pain.

It seems that we need social efforts to move our investigation and judicial system to a victim-centered approach.]

Q. Should the perpetrators be strictly separated?

[Reporter Min-Jun Kim: This incident is not a simple school violence that is commonly seen in schools.

It's a felony case.

Given the nature of the crime and the severity of the victim's suffering, a stricter separation between the victim and the perpetrator is necessary.

Rather, the passive response of the education authorities should prevent the victim, the victim who should be protected, from transferring to another school and being subjected to secondary or tertiary harm in the future.]