Soil respiration: Russian scientists have determined the relationship between droughts and CO₂ content in the atmosphere

Russian scientists summed up the results of the experiment, which lasted 24 years in the forests of the Moscow region. During this time, biologists measured the intensity of the so-called soil respiration (gas exchange between the atmosphere and the earth) in terms of carbon dioxide released by soil biota and plant roots. It turned out that although the activity of microorganisms usually increases with an increase in temperature, CO₂ emission decreases under drought conditions, since the biota also needs moisture. At the same time, this process proceeds differently in different types of soil. According to the scientists, the findings will help to better understand how the balance between the absorption and release of carbon dioxide by forests will change in the face of droughts, which have been increasing in recent years against the backdrop of global warming. 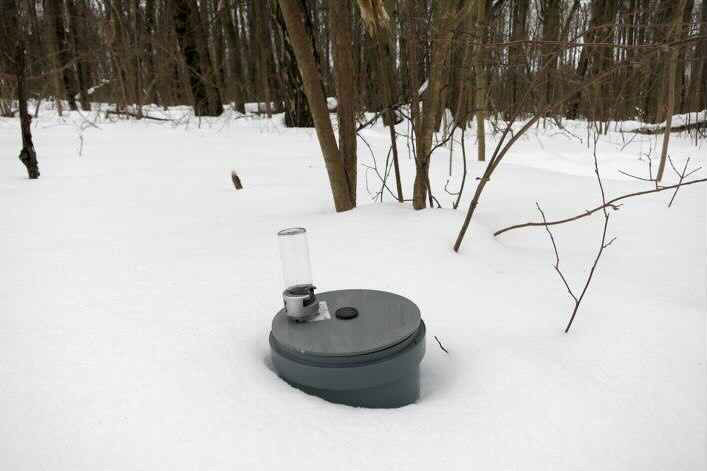 Scientists from the Institute of Physical, Chemical and Biological Problems of Soil Science of the Russian Academy of Sciences (Pushchino) summarized the results of a unique field experiment that lasted 24 years.

His goal was to evaluate the total respiration of soils (the process of gas exchange between the atmosphere and the earth) in different seasons of the year and determine how sensitive it is to temperature increase.

The results of the study, published in the journal Forests, RT were reported by the press service of the Russian Science Foundation.

According to experts, terrestrial ecosystems have a decisive influence on the natural fluxes of carbon dioxide and its concentration in the atmosphere.

The relative stability of the latter is ensured by the balance between the absorption of carbon dioxide by plants during photosynthesis and its release during the decomposition of organic matter by soil microorganisms.

“And if we have all heard the expression that forests are the lungs of our planet, then we often forget about these tiny, invisible creatures that inhabit the soil.

But they actively breathe, releasing carbon dioxide into the atmosphere during their life, and thereby directly participate in the carbon cycle, ”said the project manager, chief researcher at the laboratory of soil cycles of nitrogen and carbon of the Institute of Physicochemical and Biological Sciences, in an interview with RT. problems of soil science RAS Irina Kurganova.

“So, as a result of soil respiration, almost an order of magnitude more carbon is released into the atmosphere than when burning fossil fuels,” she emphasized.

The study was carried out in two ecosystems in the south of the Moscow region: in broad-leaved and mixed forests.

From December 1997 to November 2021, scientists measured the amount of carbon dioxide emitted by soil microorganisms and plant roots on the same plots on a weekly and continuous basis.

For this, hermetically sealed chambers were installed in which CO₂ accumulated.

From them, scientists took gas samples, which were then analyzed in the laboratory.

Based on the change in the concentration of carbon dioxide in the samples, the authors of the work calculated the intensity of soil respiration.

The release of carbon dioxide occurs during the vital activity of soil microorganisms and the respiration of plant roots, and with increasing temperature, these processes are more active.

However, scientists have found that the sensitivity of soil respiration to temperature increase depends on the level of humidity during the growing season of plants.

In dry years, carbon dioxide emissions decreased compared to years when the level of moisture was normal or increased, since the amount of moisture and the availability of nutrients in the soil for microorganisms were markedly reduced.

As a result, their vital processes slowed down and they released less CO₂ into the atmosphere.

At the same time, the degree of response of the microbiota to the lack of moisture in the soil during droughts is not the same.

Scientists have found that microorganisms living in sandy loamy soils in dry years significantly reduce their activity and switch to an economical mode.

This is due to the fact that such soil has a low water-holding capacity and quickly loses moisture.

A somewhat different situation is observed in loamy soils.

They also reduce carbon emissions in drought conditions, but not nearly as much as sandy loam.

The fact is that these soils are able, even in the driest years, to retain moisture reserves necessary for the vital activity of microorganisms.

In general, the response of soil respiration to temperature rise in dry years decreases in all cases, the authors note.

And climate warming in conditions of increased aridity can lead to a decrease in the concentration of carbon dioxide in the atmosphere, since its release by the soil will be less than absorption by plants.

“Thus, we have shown that it is the moisture content of soils during the growing season that is the main factor controlling the temperature sensitivity of soil respiration in forest ecosystems.

With the current trend of increasing climate aridity in many regions of Russia and the world, a decrease in the flow of carbon dioxide from soils into the atmosphere can be predicted.

This trend will spread to the forest ecosystems of the taiga zone, which include the forests of the Moscow region, where the research was carried out,” said Irina Kurganova.

According to experts, the published work provides new knowledge about the global carbon cycle, which is directly related to climate change observed today on Earth.