Since last December, the Meta app has allowed some privileged users to have up to four times more time in their 'stories', going from 15... 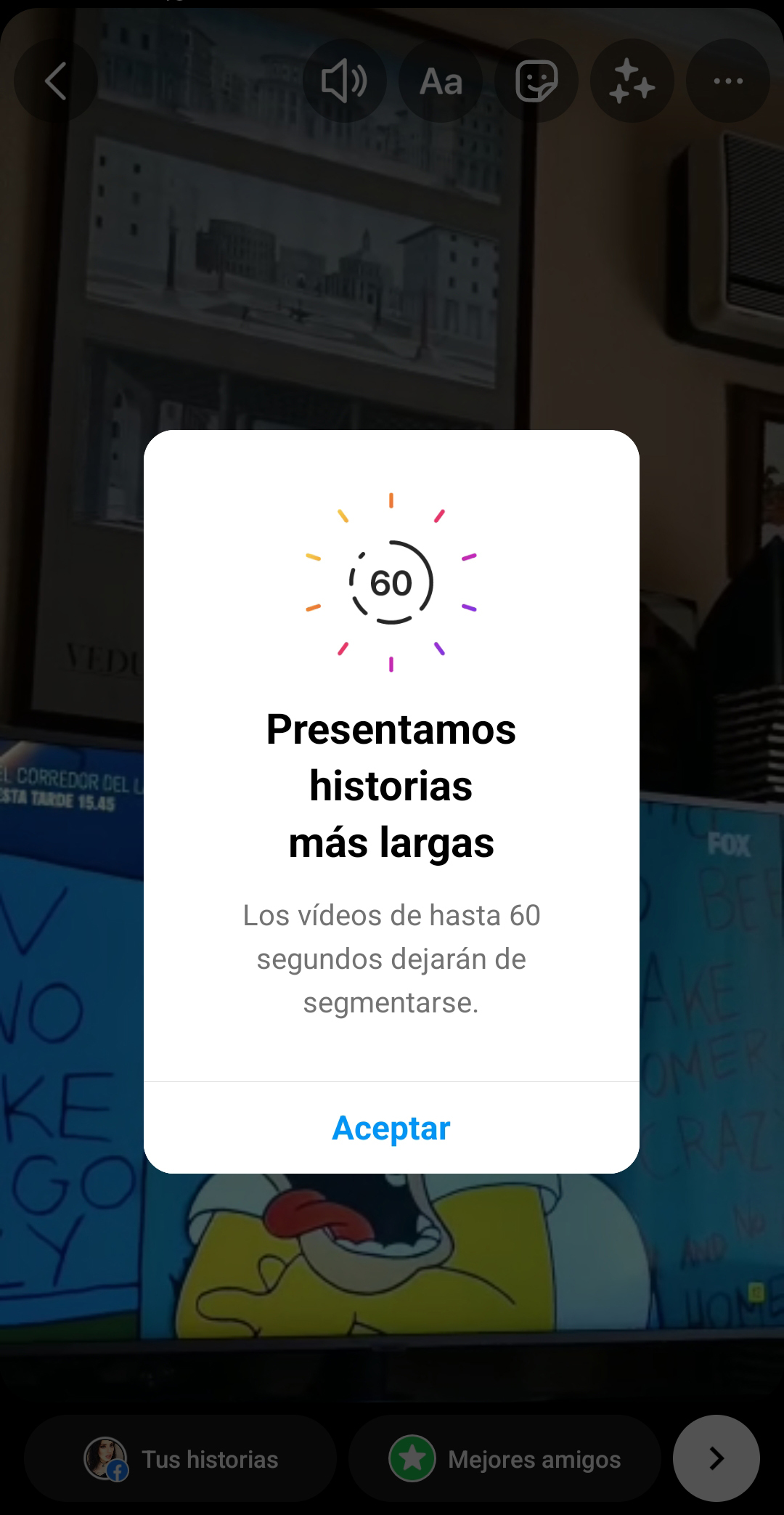 Since last December, the

app has allowed some privileged users to have up to four times more time in their 'stories', going from 15 seconds for ordinary mortals

Starting today, all users will be able to enjoy this improvement in the social network.

It's as easy as updating the app on the

continues to try to overshadow

in every possible way, encouraging users to create

with all kinds of tools and proposals , that is, videos of longer duration than stories that also

do not disappear after 24 hours.

When an ephemeral moment such as a concert or a celebration was wanted to be shared on the social network,

format compulsorily cut the video into 15-second parts, also with a limit of four parts, that is, one minute.

Thus leaving out the rest of the recording.

If in the same way, piece by piece, it was a matter of completing the puzzle of the complete video, for any user who

was ready to look at the 'stories'

or the stories, he found himself with dozens of small pieces that, due to saturation, ended swiping to the left, leaving most unseen.

a complaint among users of the social network

since the first moment this format was implemented to upload content.

Since in the case of content creators, the saturation of their audience and the division into very

videos , translated into a progressive decrease in views.

were able to test, as a test, the one-minute stories.

A hybrid format between original stories and

, whose current limit is 90 seconds.

It would be like a video or 'reel' but with an expiration of 24 hours.

Perfect for videos of concerts, vacations, nights out, pictures of pets or doing any sport.

So from now on, when you try to upload a video that is a minute long or more,

In other words, if you still want to upload more footage, you will have to do it in parts, also this time by hand, since for now it does not do the automatic partitioning as it did when the limit

was 15 seconds of recording

are now available for both

who in addition to creating them, will be able to view them in other users.

This is an extra comfort, since you can enjoy that minute of content without cuts, which ended up being annoying.

However, some users have not welcomed this update, as happened when

increased the number of characters that could include each Tweet.

The argument is that these types of measures do away with the minimalist and brief essence that characterized both social networks, causing the

and the 'stories' to be heavier or denser, gradually abandoning the simplism and speed of the beginnings of