On your agenda, you should always have a large list of taverns where you can eat wonderfully at a reasonable price. Here four of them with much to say. Marzeah... 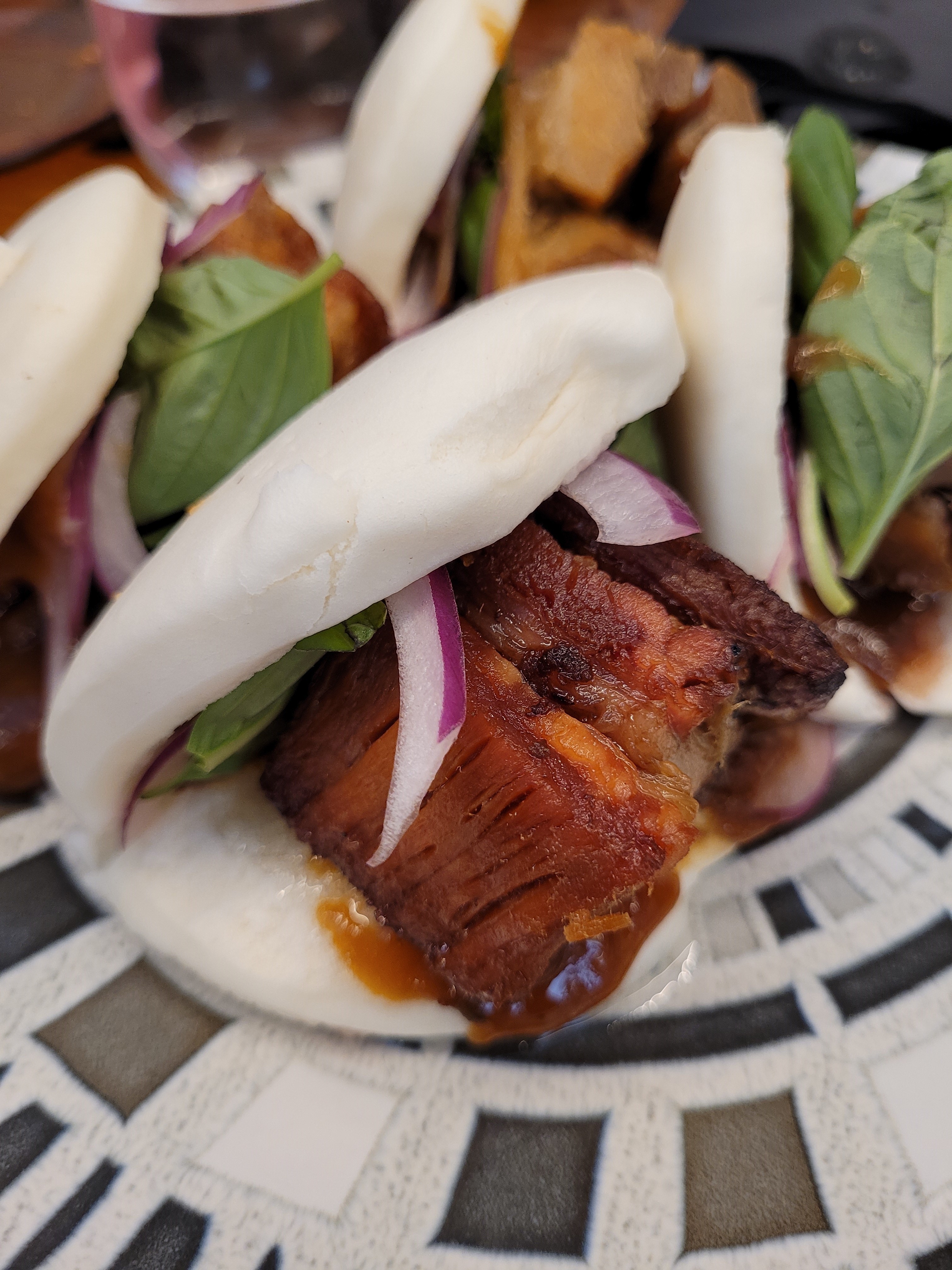 On your agenda, you should always have a large list of taverns where you can eat wonderfully at a reasonable price.

Here four of them with much to say.

This self-taught chef has jumped from the Barajas neighborhood, where he shone in Derzu with his

, to Chamartín to broaden his cooking horizons.

His is a proposal with few established rules, with winks to half the world without forgetting the traditional touch, daring, full of flavor and without complexes.

We try to make people have a good time

", has self-confidence as he distributes dishes to the four tables of the premises. Sergio himself explains to the diners who sit at the bar curiosities about what he is preparing. The idea is that in the kitchen they take out bites until the client decides The menu is divided into four sections: We Start, Wok Stir Fry, Traveling Stews ideal for sharing and El gotxerio.The steak tartare roll starts the menu, followed by the

the sautéed vegetables with prawns, which sometimes goes unnoticed, turned out to be quite a discovery, as were the mussels 'a la tela marinera', with red curry with gnocchi and pickles that closed the feast.

For the next visit, the lentils with mole poblano and very cool smoked jowls were left.

and it is possible that some of these will not be there when you pay a visit to this tavern that is beginning to give a lot to talk about.

The marinades have become by popular acclamation the kings

of this small tavern near the Plaza de España.

"My initial idea when I opened was to add a little more fusion, but the marinade gained ground," says Pablo López, the local chef, sarcastically, who sums up his idea in one sentence: traditional dishes "that work."

The oxtail, the cheeks and the pickled quail - a real 'hit' already - have won a loyal public that repeats visits.

Also the rabbit and the sardine define that philosophy that

values ​​the simple made with care

A publicist converted in the kitchen after losing his job in the 2008 crisis, this cook has cut his teeth in houses such as La Tasquita de Enfrente, Nakeima, Kena and Tripea (Vallehermoso Market).

From Luis Alberto Lera, a leading figure in hunting cuisine in our country, he soaked up the marinade techniques that are giving him so much name.

The desserts have their own name: the walnut cake, with a recipe from his mother.

With the soul of a neighborhood tavern, in just a few months it has become a meeting point for many chefs.

It does not close on Sundays.

Lobster roll with crayfish in tempura.

Sergio and Roberto Hernández have done it again.

If with Latasia, the eatery that they opened on Paseo de la Castellana, they already made it clear that their cuisine had no borders, in the traveling tavern that they opened a few months ago in a spacious and bright place in the Parque de las Naciones area, they raise the bar of their good work with

, where recipes from Madrid and winks coexist in good harmony that take us back to their years in Latin America and Southeast Asia.

There are very iconic dishes, such as

, a classic prepared with three cooking times -the potato is steamed and the dough, in addition to passing through the waffle iron, is fried- with brava sauce with a touch of chipotle and a roasted garlic alioli.

The empanadillas, which are filled with a homemade ají de gallina stew, and the

lobster roll, with crayfish in tempura with kimchi mayonnaise

, are two other essential dishes.

In addition, they usually have very tempting off-cards.

Of the desserts, a delicious cheesecake, prepared with an Extremaduran cheese, and a citrus soup deserve mention, for those who seek to finish with a fresher touch.

The works that decorate the walls inspired by graffiti are signed by Tato Repetto.

Six top restaurants in Madrid that do not fail

Six top restaurants in Madrid that do not fail

Nunuka, the restaurant where you can discover the appetizing (and unknown) Georgian cuisine

Nunuka, the restaurant where you can discover the appetizing (and unknown) Georgian cuisine

The brothers Alberto and Francisco Rivera opened this place in the summer of 2021, after the good reception of Candeli, a resident of the area.

The idea was to create

: bringing the best seasonal produce to the table.

Among its starters, anchovies from Santoña 00,

-cooked at home- with revolconas stand out.

In September, the roasted glass peppers are the stars of the menu.

To share they offer their boards of cold meats and cured meats from Maldonado and Juan Martín, 100% Iberian acorn-fed.

They have the option of choosing half portions of many of their dishes.

In the stews and meats, there is a good offer to choose from: Cordovan-style oxtail,

They are always a safe bet.

They have daily suggestions marked by what comes from the market.

The sweet spot comes from the apple puff pastry made at the moment and the crème brûlée.

The tandem at the head of the project is a sommelier, so the wine list has a careful and wide selection.