Chess: the world champion poses as a white knight of the fight against cheating

World chess champion Magnus Carlsen officially accused young American grandmaster Hans Niemann of cheating on Monday. A new escalation in one of the biggest scandals to have... 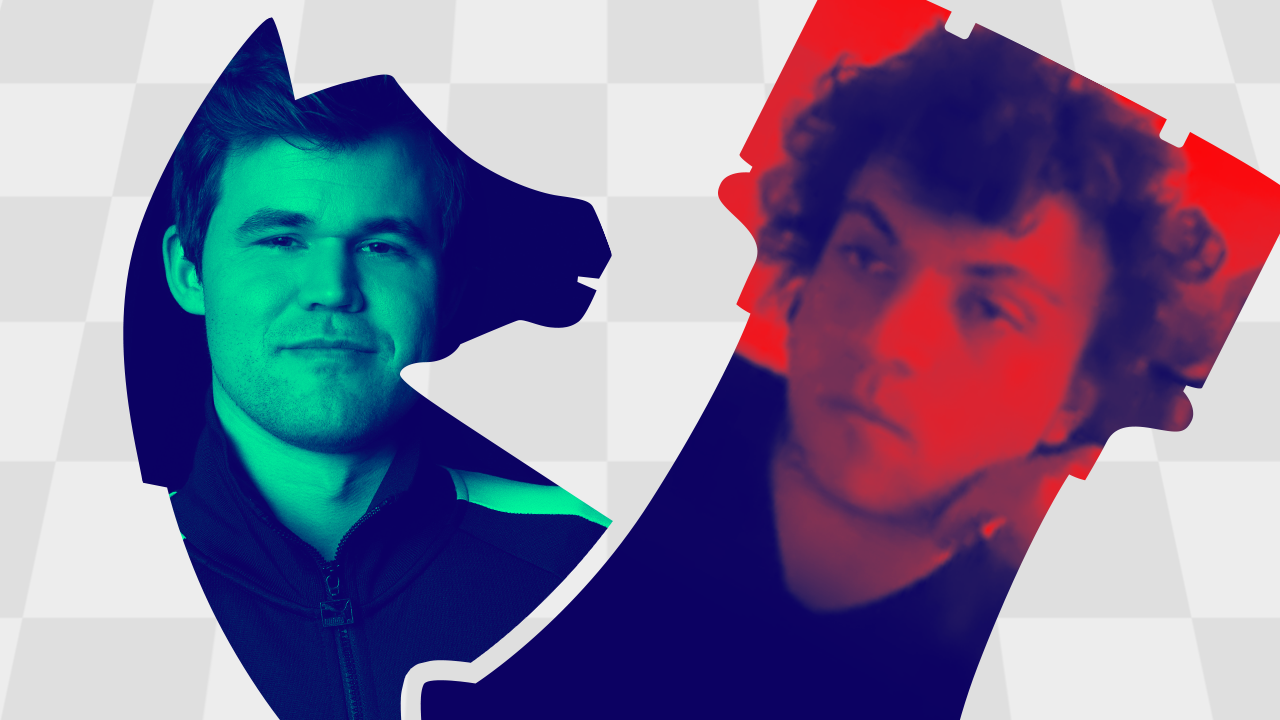 There is something rotten in the kingdom of chess.

The world champion, the Norwegian Magnus Carlsen came out of silence, Monday, September 26, to officially accuse another player, the American Hans Moke Niemann of cheating.

These allegations come to relaunch a scandal which has shaken the world of chess for almost a month, and seems to fascinate the media of the whole world well beyond the experts of the 64 squares.

“I think Hans Niemann has cheated more often - and more recently - than he himself admitted.

[...] During our game, I had the impression that he was not really focused at critical moments, while dominating me as only a very small number of players can do,” said Magnus Carlsen, who has five world championship titles. "I don't want to play against Hans Niemann anymore," he added in his statement.

My statement regarding the last few weeks.

David against Goliath or simple cheating?

A development by Magnus Carlsen eagerly awaited by the gaming community, caught off guard by the unprecedented behavior of the world champion towards the young 19-year-old American grandmaster, who had the misfortune to beat him at the occasion of a tournament at the beginning of September.

It all started in St. Louis, USA, where the highly prestigious Sinquefield Cup tournament was held from September 1-13.

On the third day of this competition, which brought together the cream of the international grandmasters (GM), Hans Niemann, the lowest ranked in the tournament in the Elo system which makes it possible to estimate the level of the players, defeated the undisputed champion of the world since 2013. And, in the opinion of many observers, the game was not even hooked: the American outsider made short work of the Norwegian giant.

A David versus Goliath feat that had something to ignite chess fans.

After all, Magnus Carlsen hadn't lost a game in over two years.

But from a mythical triumph, this victory turned into “ground zero” of the biggest chess scandal in decades.

The day after his defeat, Magnus Carlsen announced his retirement from the tournament.

An unprecedented decision for the world champion, which he does not deign to justify.

He just adds to his withdrawal tweet a video of football coach José Mourinho declaring, in 2014, “if I speak I will have problems”.

A well-understood implication in the world of chess.

I've withdrawn from the tournament.

I've always enjoyed playing in the @STLChessClub, and hope to be back in the future https://t.co/YFSpl8er3u

Very quickly, the commentators suspect that the king of the chessboard took this drastic decision because he considers to have been victim of Hans Niemann “the cheater”.

The organizers have also reinforced measures against cheating, by setting up, for example, a more extensive search with a metal detector.

And tongues are also starting to loosen up.

Hikaru Nakamura, one of the most popular personalities among the chess elite (he has nearly 1.5 million subscribers on his Twitch channel where he plays live), implies that Hans Niemann has a history of cheater.

He would have been “more than impressive [against Magnus Carlsen]”, adds with a knowing smile Ian Nepomniachtchi, the last unfortunate challenger to world champion, the day after the performance of the young American.

The Russian player will specify, a few days later, that he had requested additional security measures when he learned of the participation of Hans Niemann.

The latter had, in fact, been retained at the last minute to replace another player who had withdrawn.

A way of suggesting that the use of cheating by Hans Niemann was an open secret in the world of chess.

The latter does not dispute it… Except that he claims to have only cheated online – Internet chess has exploded in recent years – and only twice, at 12 and 16 years old.

Since then it would be “clean”.

He even offered to come play naked to prove he wasn't hiding any cheating utensils, like a microphone or handheld computer.

During a new face-to-face with the young American, this time on the Internet, he plays a first move… then gives up.

For Hans Niemann it is too much.

The player claims his illustrious opponent is looking to ruin his fledgling career.

He fears becoming persona non grata among the chess elite when no evidence of his alleged cheating has been brought forward.

Other illustrious voices in this milieu are going in the same direction.

This is the case of French Maxime Vachier-Lagrave, the current world champion in the 5-minute quick game, who believes that it is a little easy to cast doubt on a player without advancing the slightest proof.

The organizers of the Sinquefield Cup have also assured that they have not discovered any element suggesting that Hans Niemann could have cheated.

Except that his press release is far from being the expected checkmate.

The world champion is only relying on “an impression” while affirming that he does not want to play against opponents with a history of cheating because “you never know what to expect”.

Statements that will probably not stop the rumor mill around “high tech” methods that Hans Niemann could have used to cheat in Saint-Louis.

Cheating is, indeed, a recurring problem in the world of chess.

In 2006, world title contender Veselin Topalov accused incumbent champion Vladimir Kramnik of cheating when he went to the bathroom during their match.

In France, the Grand Master Sébastien Feller was found guilty in 2010 of having set up a whole cheating network which had allowed him to make an extraordinary performance during the Chess Olympiads.

But with the advent of the computer king, players fear that cheating will become more and more sophisticated.

In the case of Hans Niemann, the craziest theories circulated.

Some have argued that he had connected soles that allowed him to receive the strokes to be played by pulsation, transmitted by an acolyte seated behind a computer.

It is this detail that has earned this scandal a wide media coverage, even though the rumor is not based on anything concrete.

Yet this case illustrates one of the most significant challenges for a game - or a sport for some - millennial which is in the process of profound change.

The power of computers has turned practices upside down, from computer-assisted pre-match preparation to post-game analysis, greatly facilitated by the computing power of machines.

Magnus Carlsen's stunt is also symptomatic of a generation of gamers realizing that their world may not be ready for cheating 2.0.

The measures in place have not changed much since the days when the main threat to fair play was a player isolating himself in the toilet with a laptop.

The world champion also describes cheating, in his press release, as “an existential threat” to chess.

He calls on the community to get up to speed with modern cheating techniques as quickly as possible.

A warning cry that can be understood.

Peter Svidler, a living legend of Russian chess, had already mentioned it during the Sinquefield Cup which he had commented on live.

He assured that it was high time to have a discussion on the subject… While wondering if this justified sacrificing the career of a young talent, without formal proof.