The birth of the electric car industry

The emergence of electric cars This is the focus of our conversation in this report, it is worth noting that if you told someone in the eighties that there would be cars that would work in the future, he would undoubtedly say you are crazy. But now look around you when the traffic lights stop for a few minutes, you will find that it is 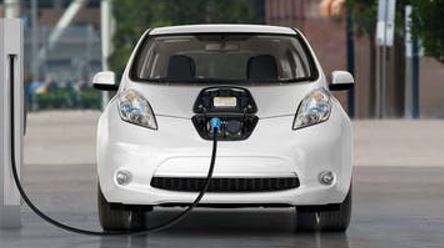 The birth of the electric car industry

The emergence of electric cars This is the focus of our discussion in this report. It is worth noting that if you told someone in the eighties that there would be cars in the future that would work with electricity, they would undoubtedly say you are crazy.

But now look around you when the traffic lights stop for a few minutes, you will find that there are at least two or three cars around you that run on electricity. All cars will be electric by 2035.

Through the following lines, we will talk in detail about the emergence of electric cars, and their most important advantages and disadvantages, so let's continue together.

When did electric cars first appear?

The emergence of electric cars began in the nineties of the twentieth century, but at that time it was not powered by electricity, but rather was powered by a battery, and it would continue like this until the battery ran out, and then the battery was replaced.

It is worth noting at the time that the battery life was very short, which made the purchase of electric cars very cumbersome as well as expensive.

There are many advantages of electric cars, and we will mention the most prominent of them as follows:-

One of the most important advantages of electric cars is that they do not cause pollution to the environment, such as the pollution caused by those cars that run on fuel and gasoline, but not 100% because electric cars also have damages.

Many people think that electric cars do not cause any pollution to the environment, which is a wrong belief at all, and the reason for this is that the batteries used in these cars have no idea yet to be recycled.

This is in addition to the electricity that is used to recharge the car battery is mainly produced from fossil fuels, although there are some cases in which electricity is obtained from a renewable source of energy such as solar energy, which is of course not polluting the environment.

2- Electric cars do not need a lot of expenses

It is worth noting that there are many countries that support the use of electric cars, and the reason for this is that they are less harmful than those caused by electric cars, as these countries provide charging stations for these cars for free, in addition to providing places to park these cars Also free or at a low cost.

As for the maintenance of these cars, they do not need a lot of maintenance, which causes a lot of costs, because they work with electricity and not with oil or fuel that needs maintenance from time to time.

One of the most important advantages of electric cars is that when you pass by, you will not feel them, because their engines are simple and do not cause any noise, in addition, they do not emit any exhaust like other cars.

The demand for investment in the trading of electric cars has increased recently due to the safety they offer more than ordinary cars such as Tesla cars, which contain sensors through which the car can drive itself, in addition to that it contains many sensors and radars in order to avoid collision with any body.

4- It has more modern technology

Electric cars contain a lot of technology, for example, Tesla cars have an application that can be downloaded on the phone, which tells you the level of remaining charge of the car, and the minutes that the car can go based on the amount of charge present.

In addition, the car can be started and stopped from a distance, and the driver can enjoy the different games available inside the car that make you feel like you are playing on a PlayStation.

Although there are many advantages of electric cars, they also have some disadvantages, which we will mention below:-

1- Increasing the weight of the car

One of the most important disadvantages that can be taken on electric cars is that it is heavy in weight, and the reason for this is in the lithium-ion battery, so the weight of the electric car reaches the equivalent of 3 tons.

One of the most important problems facing electric cars is that it takes a long time to be fully charged, but there are some companies that have fixed this problem, by improving the quality of charging, as there are many cars that can be fully charged. In just half an hour.

of electric cars, like any modern technology, initially have high prices, and with the passage of time their prices become normal, and within the reach of many people, but until this moment their prices are high, as it is the lowest model of Tesla that costs 40 thousand American dollar.

batteries that are used in electric car makers until this moment suffer from a problem like the batteries in smart phones, and this explains that they will wear out over time and need to change the car like you change the phone.

As we previously mentioned, electric car batteries are made of lithium-ion, which has an estimated life span of between 600,000 to 800,000 kilometers, which is equivalent to a 10-year life. Its life span is between one and a half million kilometres, which is much larger than those that exist now.

We would like, dear reader, to provide you with everything you need to know about this subject.