A donation of 3 million won or more is classified as a large sponsor, and the maximum limit is 5 million won. However, it was confirmed that the executives of the Ssangbangbang and Sungjeong group paid 5 million won each to a specific candidate. 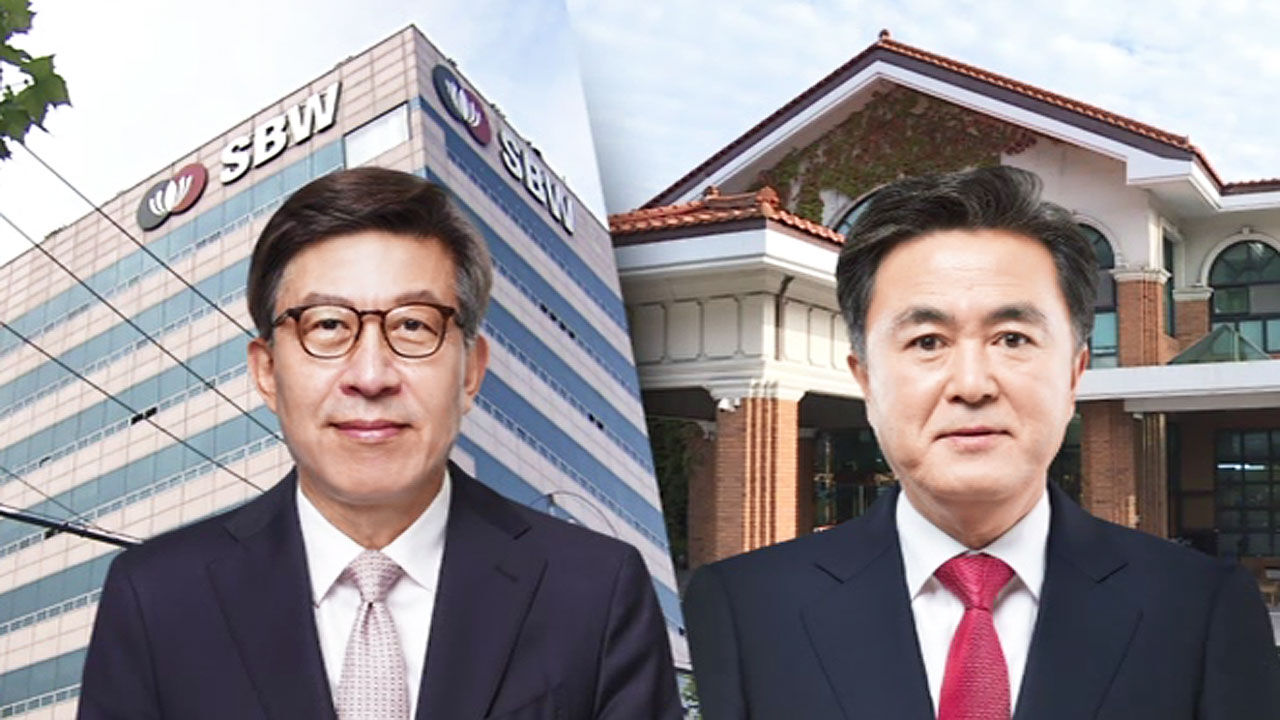 sponsor with more than 3 million won is classified as a large sponsor, and the maximum limit is 5 million won.

However, it was confirmed that the executives of the Ssangbangbang and Sungjeong group paid 5 million won each to a specific candidate.

The situation in which political funds were split and sent was caught.

Next is reporter Jeong Ban-seok.

This is the list of high-paying supporters of Park Hyung-joon, the People's Strength candidate, in the by-election of last year's April 7 Busan mayor.

The payment date is the same as March 11th.

The name Kim Seong-tae appears on the list of high-cost supporters of Candidate Hyung-jun Park ahead of the local election on June 1 this year.

This time his date of birth, address and occupation are blank.

However, “office worker” Mo Park, who paid 5 million won on the same day, has the same date of birth as Park Mo, a former director of SsangBall and a director of Good People Invest, where former Chairman Kim Seong-Tae is a major shareholder.

Park OO is not here.]

Kim, who is known to have gone abroad at the end of May to avoid the prosecution's investigation, has not been contacted.

We requested confirmation from Ssang Bul-Bol about director Park Mo.

[Ssangbool official: (Park OO director?) No, don't talk like that.

Mayor Park Hyung-joon said, "I know that I sponsored Kim Seong-tae in the past, and I don't know why."

The circumstance that the executives of affiliates supported the split is also evident in Kim Tae-heum, a candidate for the People's Power Chungnam Governor during the June 1 local elections.

On May 17th, Hyung Nam-soon, chairman of Seongjeong-eui, who took over Eastar Jet, and Chung-mo, director of Baekje Country Club, an affiliated company, and Choi, the son-in-law of Chairman Hyung and registered as a director of Eastar Jet paid 5 million won each.

All occupations were marked as 'self-employed' or 'office worker'.

[Chairman Nam-soon Hyung/Chairman Sung-jeong: (Let’s share it, because it can be seen like this….) That’s a misunderstanding.

Each and every one of them has a desire to help him a little...

Seongjeong-eun is a construction company headquartered in Buyeo, Chungcheongnam-do, and its affiliate, Daeguk Construction Industry, is carrying out housing construction ordered by Chungnam Development Corporation.

The construction has nothing to do with the current governor.]

The current Political Funds Act prohibits donations from corporations and organizations to prevent collusion with politics and business, and places restrictions on the limit of sponsorship.

[Jin-Man Cho/Professor, Department of Political Science and International Relations, Duksung Women's University: I think that large donations will be possible and split sponsorship will be improved only when donations are clearly written and provided in a form that can be accessed and analyzed at any time as in foreign countries.]

▶ [Sold to the End] Advanced countries say that the list of sponsors is always open...