According to the Ministry of Food and Drug Safety, ingredients that can be dangerous to the human body have been identified in commercially available hair dyes and dye shampoos. It has been confirmed that some of the ingredients used in the product are substances that can cause cancer. 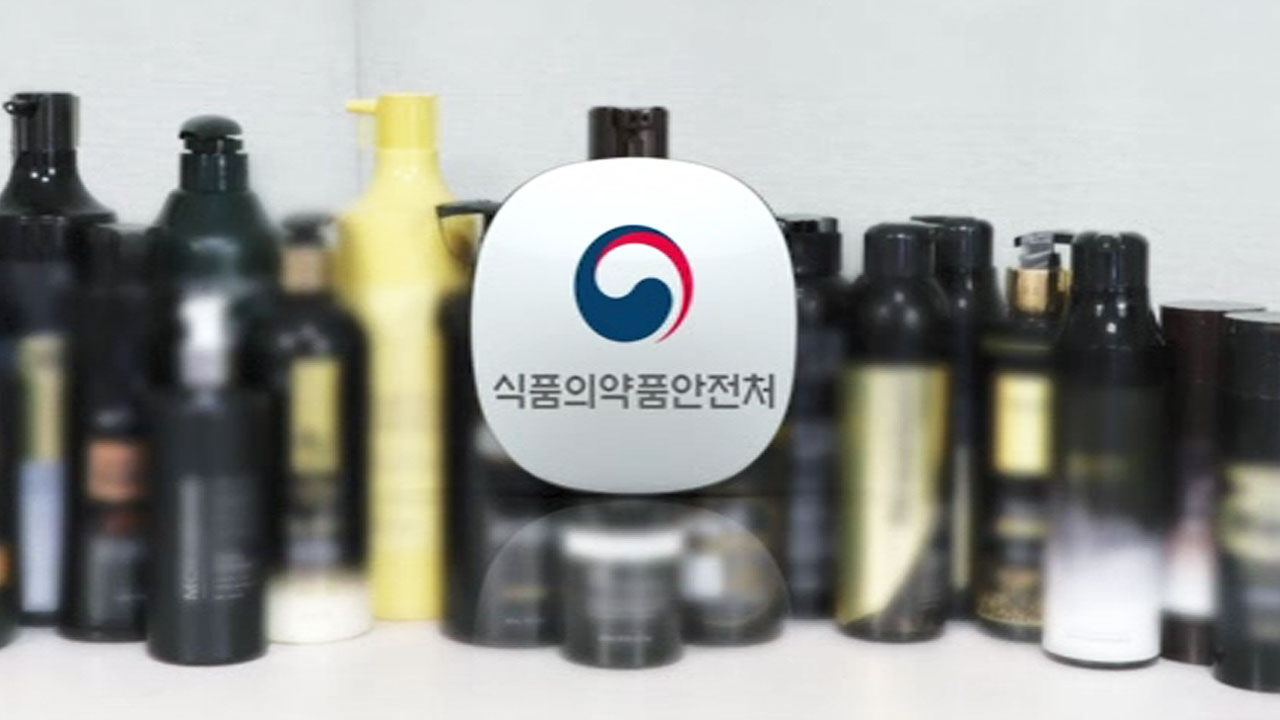 According to the Ministry of Food and Drug Safety, ingredients that can be dangerous to the human body have been identified in commercially available hair dyes and dye shampoos.

It has been confirmed that some of the ingredients used in the product are substances that can cause cancer.

It also contains products from large companies, so the impact is expected.

There are 76 hair dyes currently used in hair dyes and shampoos in Korea.

The Ministry of Food and Drug Safety has conducted risk assessments for these substances.

In the first survey in August, five substances, including o-aminophenol, were found to have other risks including genotoxicity.

[Kim Gyu-bong / Professor, Department of Toxicology, Dankook University: Most genotoxic substances have the potential to cause carcinogenesis.] In a

[Kim Gyu-bong / Professor, Department of Toxicology, Dankook University: In the case of genotoxicity, it is said that experiments using cells as well as animals are used.

We evaluate them based on previously reported data.] Looking at

the ingredients of a commercially available hair dye and another hair dye searched on the Internet, this time, 8 substances that were additionally identified as other hazards including genotoxicity This was heard.

Starting with other hazardous substances, including genotoxic substances, first identified by the Ministry of Food and Drug Safety in Company A's products, 14 ingredients have been banned in Korea so far.

According to the Ministry of Food and Drug Safety, there are 3,600 domestic products containing the five substances identified in the first investigation, and how many of them are being distributed.

In addition, he explained that products using the 8 ingredients confirmed in the second investigation are being identified, but some products of domestic large companies are also included.

The Ministry of Food and Drug Safety decided to proceed with an administrative notice to ban the use of the additionally identified hazardous ingredients as in the first investigation.

As the number of people who dyes is increasing, the domestic dyeing market has grown to 500 billion won last year.

However, as you can see, as a result of investigation by the Ministry of Food and Drug Safety, substances that can be harmful to the body are also identified in the ingredients of hair dye, and consumers' anxiety and confusion are expected to increase.

Continuing to be reporter Nam Joo-hyun.

Consumers who dye their hair at home have become more strict these days when buying hair dye.

[Kim Heung-sook (55 years old): (after dyeing) itchy or then I was thinking 'why is it itchy', but I see it a lot (after the controversy over risks).

What's in the back?]

This dye shop has had fewer customers for a while, but has recovered a bit.

[Lim Jeong-suk / Dyeing specialty store operation: There were few customers in May and June.

(After the controversy) People come back and the sales increase.] This is a

phenomenon that originated from the shampoo of Company A, which became popular by promoting that it easily dyes white hair while washing it.

This is because the Ministry of Food and Drug Safety announced that the key ingredient in this shampoo, THB, has other risks, including genotoxicity.

The European Medicines Agency started to look into the ingredients to see if the dye is really safe.

As the demand for hair dye increases due to an aging population and research on the dangers of hair dyes has continued, we quickly investigated whether there were any dangerous or harmful substances and designated them as banned substances.

But we were twisted from the very first step.

In 2019, Europe designated THB as a genotoxic substance, and the Ministry of Food and Drug Safety made the same decision after two expert meetings.

However, there were no domestic products using THB at that time, so no special measures were taken. Company A developed a dyeing shampoo using THB and released it in August last year.

The Ministry of Food and Drug Safety hastily banned the use, but the company raised an objection to the Regulatory Reform Committee and got a grace period of 2 years and 6 months.

In the meantime, a paradoxical situation occurred, where six more shampoos with THB ingredients were released, including products from other companies.

[Yoonmi Cho / Executive Representative of Future Consumer Action: Shampoo is a daily product that we use every day, so we need to take action quickly so that consumers do not fall into danger.]

Following last August, 8 ingredients are about to be phased out again. situation.

As the risk assessment continues through next year, hair dye manufacturers are busy finding alternative ingredients.

Those who dye their hair often or use dye shampoos may have a lot of questions.

Let's get organized with Cho Dong-chan, a medical professional reporter.

Q. Other risks, including genotoxicity, how dangerous are they?

[Cho Dong-chan / Medical reporter (specialist): Let's look at the genotoxicity stipulated by the Ministry of Food and Drug Safety.

However, the dye components investigated this time have potential for other risks including genotoxicity to humans, so it is intended to be careful in advance and has not been shown to humans.

Experts do not need to worry too much because it is not easy to show other risks including genotoxicity even if it is used for a short period of 2 to 3 years.]

Q. Why are there more regulations on dye ingredients?

[Cho Dong-chan / Medical reporter (specialist): In the past, dye ingredients were viewed as quasi-drugs and drugs.

Even if a drug is toxic, it can be used if the benefit is great.

But now I see it as a cosmetic.

Safety is the most important thing.

Also, recently, hair dye is sometimes used, but the dye shampoo is used every day, so safety is gradually being strengthened.]

Q. Why are the US and Europe different?

[Cho Dong-chan / Medical reporter (specialist): Europe regulates even if there is a possibility of human toxicity, and the United States regulates only confirmed human toxicity.

Europe has banned the use of 1,600 substances among cosmetic ingredients, and we have reconfirmed Europe's banned substances and are currently regulating about 1,200, but only 9 in the US.

Instead, the United States charges manufacturers huge amounts of punitive damages if they become toxic to humans.

However, if the same toxicity occurs in Korea, the compensation will be much smaller than in the United States, and the burden on companies will be minimal.]

Q. What is the process for removal?

Korea, Europe, and Japan are similar, but if the Ministry of Food and Drug Safety gives an administrative notice not to use it, the product cannot be manufactured after 6 months from that date, but the product that has already been made can be sold within 2 years.

It takes about 2 years and 6 months, and since the companies are making and selling them legally, it seems difficult to get a compulsory refund.

And in the previous report, I showed all 13 genotoxic and other harmful ingredients, but all the ingredients are listed in hair dye and shampoo.

You can check that, and the Ministry of Food and Drug Safety is now preparing a product list.]