In China, a fanfare reappearance of the "king of lipstick" on the Internet

Nearly 60 million Chinese attended, on Tuesday, September 20, the return to the internet of Li Jiaqi, the star of Chinese influencers, nicknamed “the king of lipstick”. He had been missing for four... 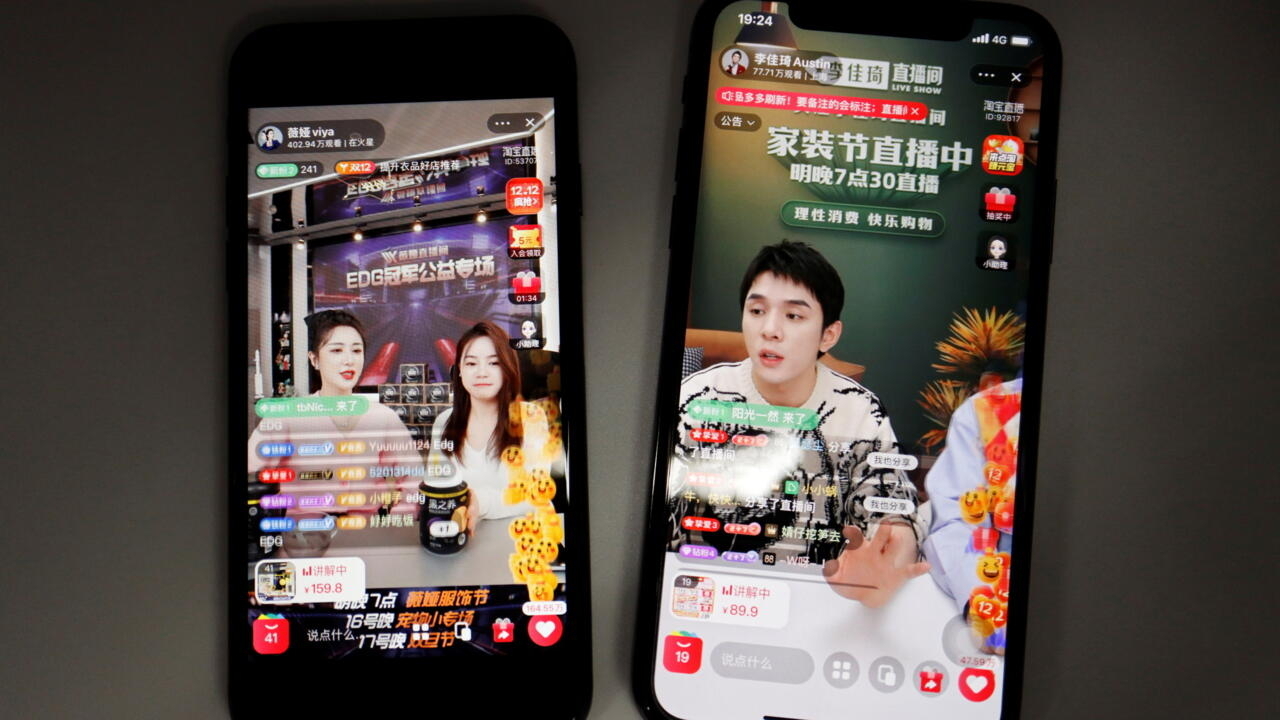 At 7 p.m., there were 100,000 and two hours later, about 60 million Chinese men and women were following the live broadcast on Taobao, the online commerce platform of Alibaba, the Chinese Internet giant.

Web superstar Li Jiaqi had just made his comeback on the influencer scene on Tuesday, September 20, after nearly four months of unexplained silence.

This appearance, which had not been announced, quickly made the rounds of the main Chinese social networks, starting with Weibo, the Chinese alternative to Twitter.

Same frenzy on WeChat Moment – ​​a group messaging service – where another Internet user admitted “I am just happy to be able to watch his broadcasts again”.

A quasi-national emotion difficult to understand seen from outside China.

But in the increasingly economically important world of streamers (live streamers over the internet) in China – a sector that was worth $170 billion at the end of 2020, according to consultancy firm McKinsey – Li Jiaqi “is probably the name the most famous”, recognizes the British daily The Guardian.

His ability to persuade his more than 60 million fans to buy the products he tests is almost unrivaled.

It allowed him to sign juicy contracts with luxury brands like Dior and with internet platforms such as Taobao.

A very lucrative activity, since it has in a little less than five years of broadcasting earned between one and five million dollars, underlines the Financial Times.

Of modest origins – he started as a salesman for a beauty brand in a small Chinese town – he rose to the zenith in the world of streamers thanks, essentially, to his mastery of lipstick.

In China, he is also known as the “king of lipsticks”.

In particular, he holds the world record – validated by the Guinness Book of Records – for the number of lipstick applications in 30 seconds.

She once tried 380 different lipsticks during a seven-hour broadcast.

With the pandemic and multiple lockdowns in China, online commerce has exploded and the role of streamers has grown in importance.

A blessing for Li Jiaqi whose popularity then only grew and who took the opportunity to diversify the type of beauty product he was testing online.

The “Li Jiaqi paradox” and Tiananmen

When it disappeared from the surface of the internet on June 6, 2022, Chinese web giants like Alibaba or cosmetics groups began to have cold sweats.

Not easy, indeed, to replace someone capable of selling in a few hours for nearly two billion dollars of products, just by talking to Internet users.

He is so famous that his digital setbacks gave rise to the creation of an expression that bears his name: the Li Jiaqi paradox.

A paradox that has everything to do with the reason for his disappearance from the “antenna”.

This streamer was, in fact, deprived of broadcasting following his June 3 show, during which he had the misfortune to greedily bite into a cake.

But it is not his gluttony that would have displeased in high places – even if the reason for his imposed silence has never been officially confirmed –, but the decoration of the pastry.

It was, in fact, decorated with a representation of a chocolate chariot.

A touch of very bad taste for the censors, especially on the eve of June 4, the anniversary date of the repression in 1989 of the demonstrations on Tiananmen Square with a large reinforcement of tanks.

Hence the development of the “Li Jiaqi paradox”.

How was this young man born in 1992 supposed to know the symbolic meaning of the representation of a tank, since China has been doing everything to eradicate any reference to Tiananmen since the 1990s?

"Young Chinese who grew up under the rule of Chinese censorship have the greatest difficulty in avoiding mentioning taboos which they may not even know about because they have not heard of them", explains the economic information site. Quartz.

Ironically, Li Jiaqi's likely censorship led to an explosion of internet queries from young Chinese people seeking to understand what was wrong with depicting a chocolate float on June 3… For some Chinese in exile, “Li Jiaqi has become the best instructor of the true meaning of June 4”, laughs the Global Voice Asia site.

Bringing streamers back to pace

But it is with his defending body.

Throughout his career as a streamer, which began in 2017, he applied himself to staying in the ideological nails of the Chinese Communist Party.

In March 2021, he called for a boycott of Western brands that no longer wanted to use cotton grown in the Xinjiang region, where China is accused of carrying out a harsh crackdown on the Uyghurs, a predominantly Muslim community.

And shortly after the Taliban returned to power in Afghanistan, he organized a sale of Afghan products to show that "China was helping the new government to rebuild the country abandoned by the United States", recounted the Global Times, the one of the main pro-Beijing Chinese dailies.

Still, in China, ideological orthodoxy does not always protect against censorship.

For some analysts, Li Jiaqi did not just pay the price for his lack of taste on June 3.

He was also a victim of the authorities' desire to bring the entire streamer sector to heel.

“It was a sector that had become very important and popular among young people while being very little regulated, a combination which still worries the authorities”, underlines the MIT Technology Review, the magazine of the famous University of Massassuchets.

Other stars have also been deprived of the Internet, such as Viya, a very famous beauty influencer accused of tax evasion in December 2021. Unlike the “king of lipsticks”, the latter is still not reappeared.

Why was Li Jiaqi allowed to make a comeback?

Again, no official reason was given.

But the tone of his stream had changed: the famous “push-to-purchase” kept imploring his fans “to buy conscientiously”, notes the South China Morning Post. innocuous: it is increasingly used by the Chinese authorities to encourage the population not to show off their wealth too much or to go into debt, which is one of the ideological priorities of President Xi Jinping.