Jeon Joo-hwan, a suspect in the Sindang Station murder case, was sent to the prosecution yesterday on charges of retaliatory murder. Jeon Joo-hwan, who exposed his face without a mask, said he was sorry, but was silent about his motive or whether he had any prior plans. 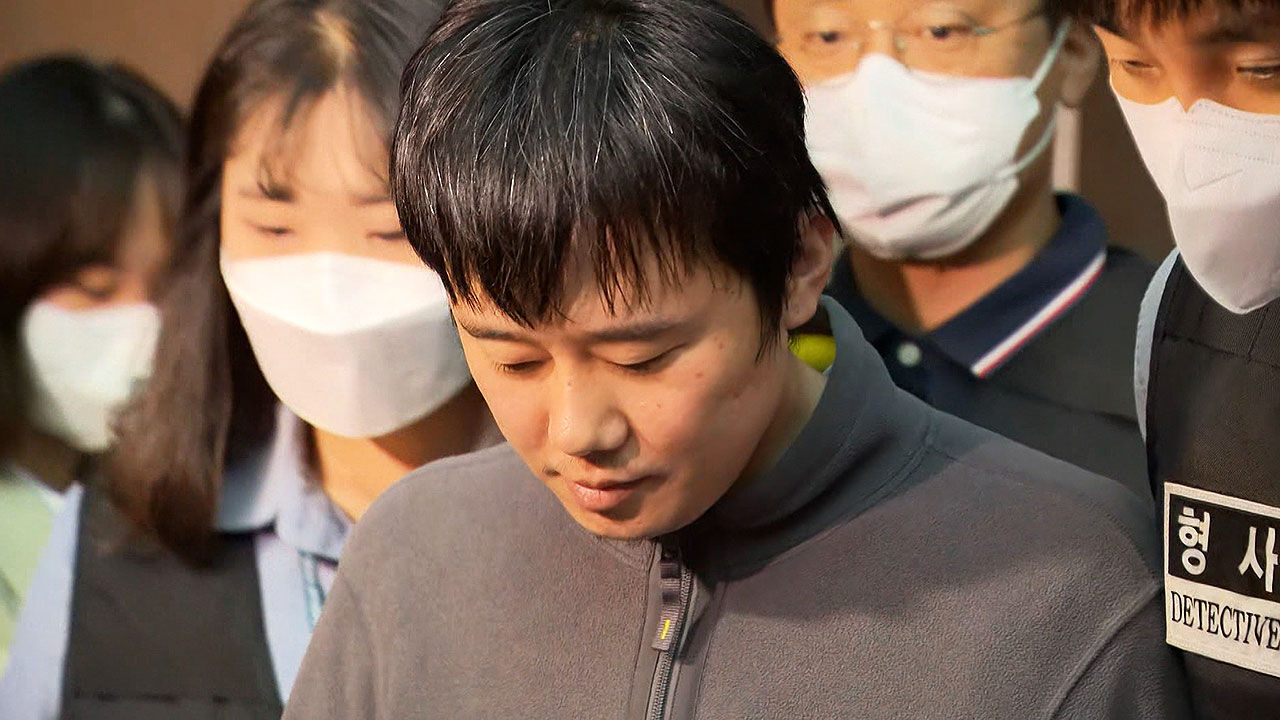 Jeon Joo-hwan, a suspect in the Shindang Station murder case, was sent to the prosecution yesterday (21st) on charges of retaliatory murder.

Jeon Joo-hwan, who exposed his face without a mask, said he was sorry, but was silent about his motive for the crime or whether he had any prior plans.

Jeon Joo-hwan, who is sent to the prosecution, leaves the police station detained with a rope.

Jeon, who took off his mask and stood in front of reporters, said "I'm sorry" when asked if he admitted the charges, but kept his mouth shut about the motive or plan of the crime.

[Jeon Joo-hwan/Sindang Station Murder Suspect: (Do you admit the charges of stalking the victim and filming illegally?) I'm really sorry.

(Do you have anything to say other than saying I'm sorry?) I did something really crazy.]

The police said that he decided to commit the crime when the prosecution asked for 9 years in the trial that he was charged with illegal filming and stalking on the 18th of last month. I judged.

According to police, Jeon stated that he committed the crime because he felt resentment that it was the victim's fault that he received a severe sentence.

On the day he decided to commit the crime, he found the address of the house through the internal network of the Seoul Transportation Corporation and visited the victim's former residence five times over four days until the day of the crime.

On the 14th, the same day of the crime, as the victim could not be seen at the old residence, the police said that they went to Sindang Station to find out the victim's work place and work schedule at Gusan Station.

The police explained that there are several circumstances that can be viewed as planned crimes, such as bringing tools such as shower caps and gloves from home.

Based on the results of the investigation, the police changed the charge of Mr. Jeon from murder to retaliatory murder under the Special Act, with a high sentence of at least 10 years.

The prosecution, who took over the case from the police, formed a dedicated investigation team of four prosecutors and started a reinforcement investigation.