Industrial Complex 1/3 'Flooded'... Pohang Works to normalize during the holidays

Pohang Works, which had been partially submerged in water due to heavy rain, plans to resume normal operation after completing restoration during the Chuseok holiday. 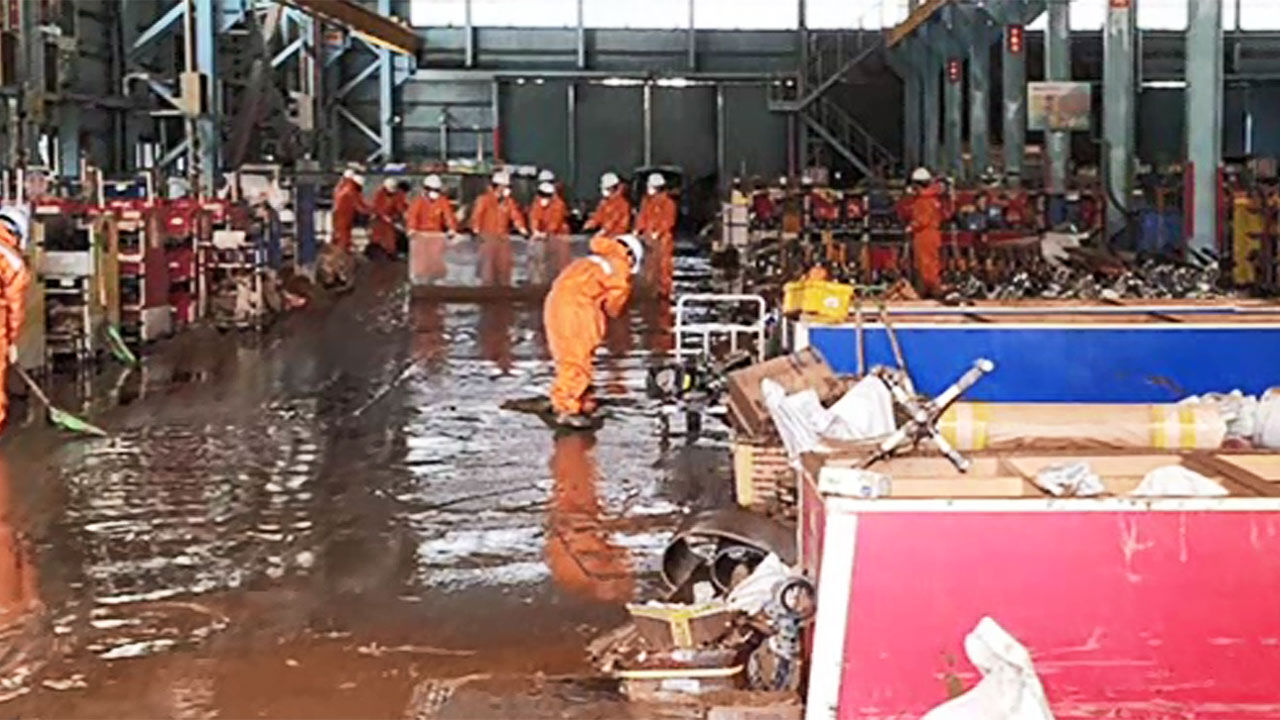 The Pohang Works, which had been partially submerged in water due to heavy rain, plans to return to normal operation after completing restoration during the Chuseok holiday.

TBC reporter Jeong Seok-heon covered the recovery situation of companies in the Pohang area, which had been heavily damaged by the typhoon.

A factory in Pohang, which was hit directly by the typhoon, is dizzyingly collapsed.

As the ground was swept away, expensive equipment and equipment fell into the river.

The factory building next door was also tilted at an angle.

I can't even think of restoring it, and I feel like I want to grab some straw to resume operations.

Even the employees who work here right now have to go out because they can't work for more than a few months...

There is not much left of this company that was submerged in water 2m high when a typhoon hit.

The machinery and equipment could not be used at all, and the damage was so great that the factory representative fell into despair.

With the help of volunteers, I finished cleaning and tidying up in three days, but I am more worried about the future.

[Jeong Hae-sik / CEO of Geojeon ENC: (Resuming operation) seems to be possible from early October to the end of October.

It's hard, but repairing machines that can be repaired...

There are 118 businesses that have been affected by flooding, landslides, and ground loss.

In the Pohang Steel Industrial Complex, 92 out of 279 companies were flooded, causing 15 large corporations to stop their operations, and 26 other industrial complexes suffered direct damage.

The damage to POSCO alone is 1.2 trillion won, and the sum total is at least 1.8 trillion won.

Following the restoration of substations that were submerged in Pohang Works, the company plans to restore power by the day after tomorrow (10th) and normalize operation within the Chuseok holiday period.

All employees are planning to return the Chuseok holidays and start restoration and environmental maintenance.

As all processes, including production and shipment, of local companies in Pohang are temporarily suspended or disrupted, a cascading blow to the local economy is inevitable.

▶ A more severe disaster for the weak...