[Site Video] Choi Kang-wook "Am I not the more victim?" Han Dong-hoon "You've been charged"

At today's plenary meeting of the National Assembly Legislative and Judiciary Committee, Rep. Choi Kang-wook of the Democratic Party of Korea and Minister of Justice Han Dong-hoon, who are parties to the so-called 'Channel A case', clashed head-on. 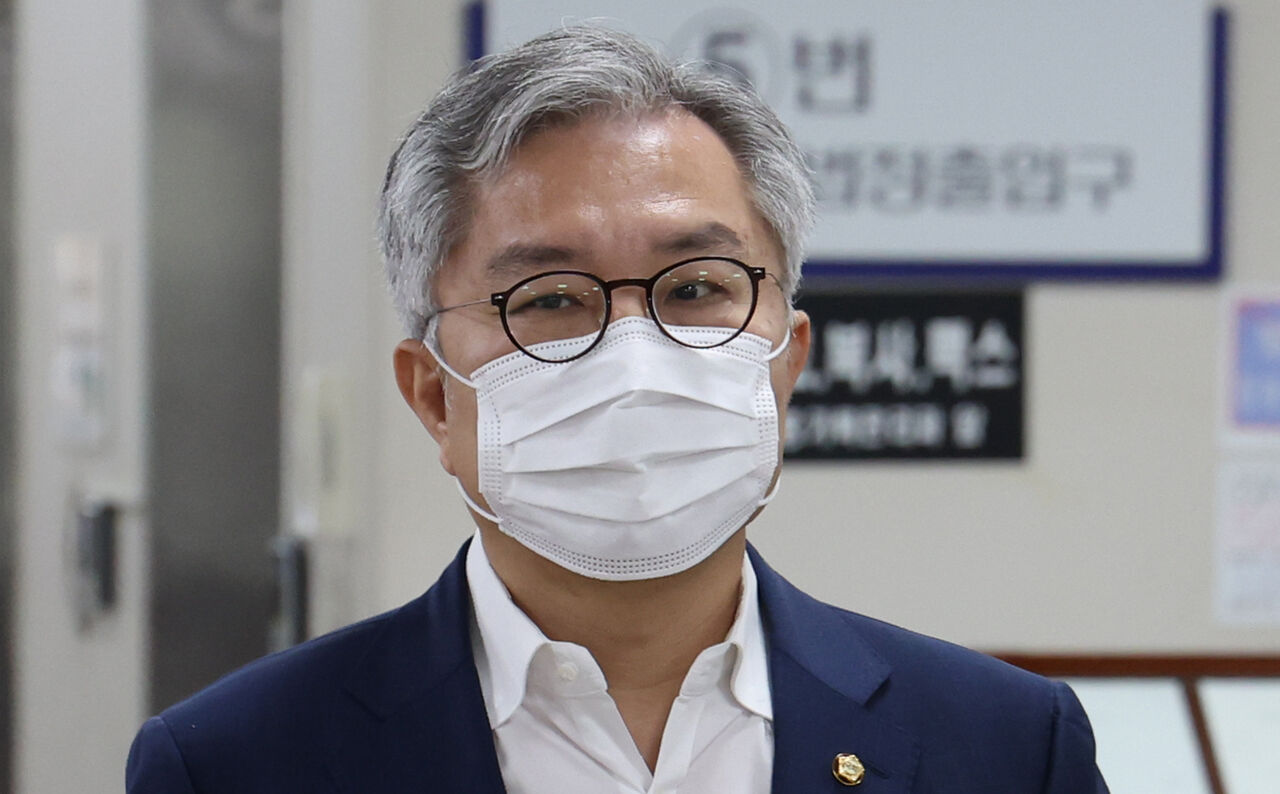 At today's (22nd) plenary session of the National Assembly Legislative and Judiciary Committee, Rep. Choi Kang-wook of the Democratic Party of Korea and Minister of Justice Han Dong-hoon, who are parties to the so-called 'Channel A case', clashed head-on.

First of all, Rep. Jeong Jeong-sik, secretary of the People's Power Judiciary Committee, said in a speech during the proceedings, "The relationship between Minister Han and Rep. Choi does not depend on whether he was a suspect or a defendant in another general criminal case, but whether or not he directly spoke to a minister. Regarding the matter, it is the part that has been indicted as to the content of the remarks.”

Rep. Choi replied, "I'll tell you again and again, but at this point, it's ridiculous and amazing whether there is some kind of personal resentment, emotion, or some kind of regime-level spell," Choi said.

He said, "(Minister Han) claims to be a victim, but there are many views that I am more of a victim."

During this remark, a minister suddenly said to Rep. Choi, "Are you not charged?"

In response, Rep. Choi raised his voice to a minister, saying, "Where are you interfering... I'm making a personal statement now" and "I'm telling you to change that attitude."

However, Minister Han did not support, saying, "I am raising the issue of a conflict of interest because this situation is becoming a problem now."

Rep. Choi said, "I don't know if you want this kind of clouding the Judiciary Committee and inducing lameness, but please stop. I think you can probably feel it yourself, whether the results are still going the way they are now.”

A minister who had the opportunity to speak said, "I am the actual victim in the case, and the perpetrator is member Choi." "Is it permissible for the perpetrator to ask any conflicting questions to the victim by using his or her qualifications as a member of the Judiciary Committee under the National Assembly Act? I think it would be nice if you could clearly state what you are doing,” he said.

On April 3, 2020, on social media, Rep. Choi said, "Channel A reporter Lee Dong-jae told former Value Invest Korea (VIK) CEO Lee Cheol, 'Close your eyes and say you handed the money to Yoo Si-min', 'I robbed Yoo Si-min's house and family ( Yoo Si-min) also said that the Roh Moo-hyung Foundation, the chairman of the board, will also be searched and confiscated.”

The prosecution believes that the content of this article is defamation by spreading false information, and the trial is currently underway.

Minister Han was acquitted after being investigated for two years in the 'Channel A case', which was suspected of collusion with prosecutors.