Russian scientists studied a population of tropical fish related to the species Garra rufa, living in the Ethiopian mountain river Sor. Although all fish live in the same environment, they differ markedly both genetically and externally - biologists have counted several different forms. To understand what caused this division, experts studied the signs of animals associated with their diet. It turned out that once part of the herbivorous fish turned into carnivorous predators. According to biologists, this discovery will help to better understand the mechanisms of the emergence of new species. 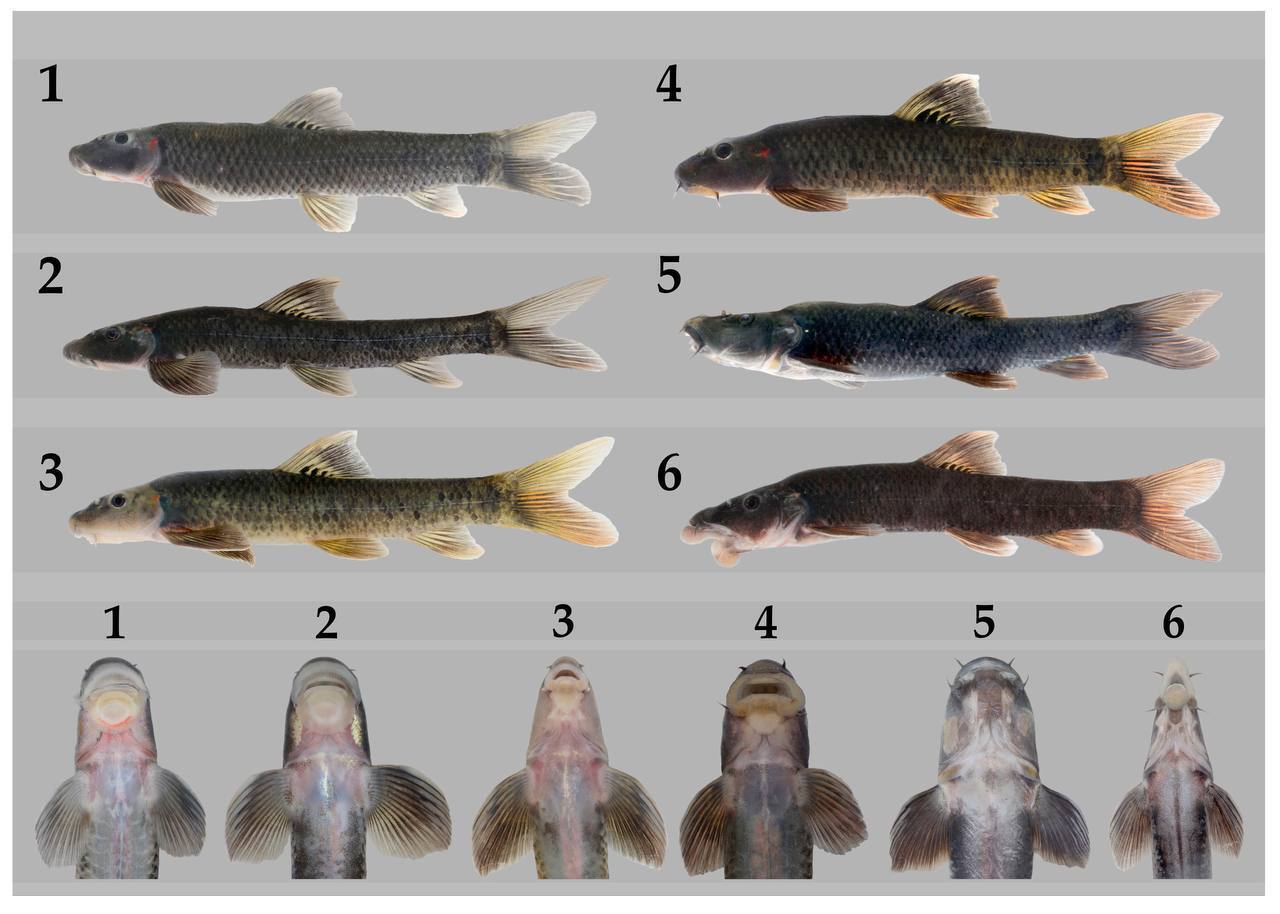 Russian scientists from the Institute of Biology of Inland Waters named after I.D.

Papanin Institute of Ecology and Evolution named after A.N.

Severtsov RAS and Cherepovets State University found out how one of the species of tropical fish, which previously ate only plant foods, at some point split into herbivores and predators.

The study was supported by the Russian Science Foundation (RSF).

The results are published in the journal Diversity.

The subject of the study were fish related to the species Garra rufa.

Representatives of the latter are also called doctor fish for their ability to alleviate the symptoms of psoriasis - the fish scrape off areas of dead skin without touching healthy areas.

Earlier it became known that in Ethiopia, in the mountain river Sor, there are six forms of fish close to the species Garra rufa.

All of them differ from each other not only externally, but also genetically.

Biologists paid attention to this case, since usually the conditions of mountain streams do not favor the division of species into new specializations.

To uncover the history and causes of these species metamorphoses, the scientists measured the length of the fish's intestines, studied its contents, and analyzed the stable isotopes of nitrogen and carbon in the muscles.

The isotope ratio allowed scientists to understand what the fish ate for about six months.

As a result, it was possible to establish that the diet of different forms of fish is different - although initially all representatives of this species fed on algae, at some point the species split, and some of the fish became predators.

At the same time, a third, omnivorous form of fish also appeared.

These changes led to a change in the phenotype of animals.

In herbivorous fish, the mouth apparatus resembles a scraper - this helps them scrape algae from stones.

Predators have lost this property, their mouths began to resemble a wide slot with a lock, with the help of such a mouth it is more convenient to capture prey.

The discovery will help expand scientific knowledge about how new species form.

“When populations rapidly increase in size, there is often intraspecific competition.

The answer to it can be the so-called adaptive radiation, in which forms arise that occupy different ecological niches: someone is looking for food in the water column, and someone is on the surface, and so on.

The division of food resources during cohabitation is the initial stage of the so-called sympatric speciation (a form of formation of new species based on related groups living in the same area.

It is not often found in nature, but it provides valuable information about how new species appear,” said the first author of the article, junior researcher at the Papanin Institute of Biology of Inland Waters of the Russian Academy of Sciences Alexandra Komarova.

The study refutes the generally accepted scientific notion that new forms appear only on the basis of species that lead a fairly universal way of life and do not have a narrow specialization, the authors of the work note.

It turned out that even such specific animals as doctor fish can, under certain conditions, give rise to new species forms.

As biologists note, such outbreaks of species diversification are most often possible where the species does not have many competitors for life resources, and there are also unoccupied ecological niches.

Under such conditions, the species can be divided into several forms with different lifestyles.

“The narrow specialist scraper of the genus Garra diversified his diet, and in some cases completely changed it.

In a particular Ethiopian river, this can be explained by the fact that the doctor fish does not have so many natural enemies, and there are not many competitors of other species either, and therefore you can “relax” and get out of your narrow niche, ”summed up the project leader, candidate of biological sciences , Leading Researcher, Institute of Biology of Inland Waters.