There was a shroud to block the rain, but I didn't use it in time to avoid subway stations

As it rained heavily in Seoul due to the last torrential rain, several subway stations were flooded and closed. At the time, there were devices to prevent rainwater from entering the station, but it turned out that they were not used in time. 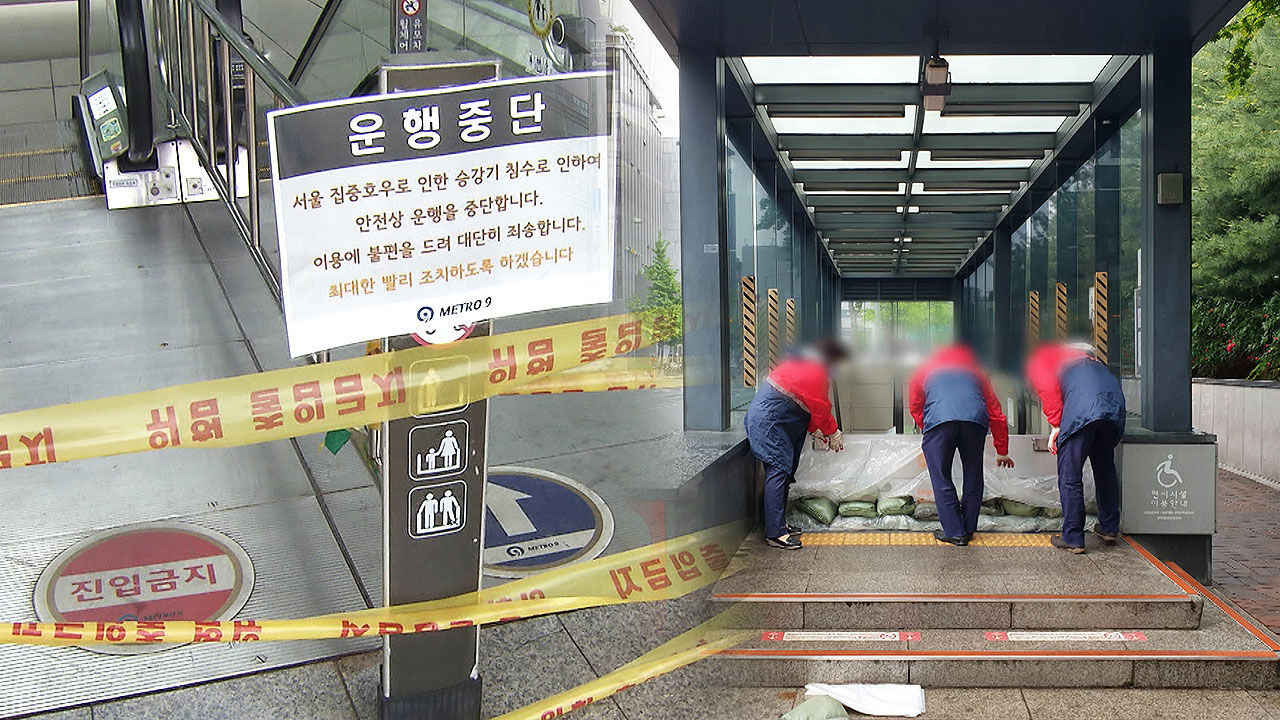 As it rained heavily in Seoul due to the torrential downpour, several subway stations were flooded and closed.

At the time, there were devices to prevent rainwater from entering the station, but it turned out that they were not used in time.

On the night of the 8th, Isu Station on Seoul Subway Line 7.

As water falls, the ceiling collapses, and muddy water fills the station in an instant.

As a result of SBS coverage, it was confirmed that there was a device to prevent such flood damage at the time, but it was not used in time.

There was a water gate completely blocking the inside and outside at Exit 9 of the subway station, which is low in price, and a water plate with a height of about 30 cm was located at all entrances and exits.

However, these devices were installed only after water had already entered the station.

There is no manual in case of flooding, so the golden time was missed by installing only at the judgment of the on-site staff.

[Seoul Transportation Corporation official: It's a bit unusual to have water like this here, so I'll work on drainage here and install the shroud, so you make your own judgment in this way.]

Dongjak Station, which was heavily damaged by flooding, became a problem because the station's entrance and exit management was different.

Exit 6, which received the most rainwater, is managed by Dongjak-gu Office, not the subway operator.

This is because, according to the city rail construction rules, the installation of flood protection facilities is not compulsory.

With this flood damage as an opportunity, it is pointed out that minimum equipment and manuals are needed to protect subway stations that are vulnerable to heavy rain.

[Park Chang-geun/Professor of Civil Engineering, Catholic Kwandong University: When the torrential rain comes, you can install it in advance.

There should be a manual, of course, but since there is no manual, the countermeasures have no choice but to be hand-in-hand.]