In September 2021, Hurricane 'Aida' poured heavy rain on New York, causing many casualties. Most of the casualties from the heavy rain were low-income people living in the basement. 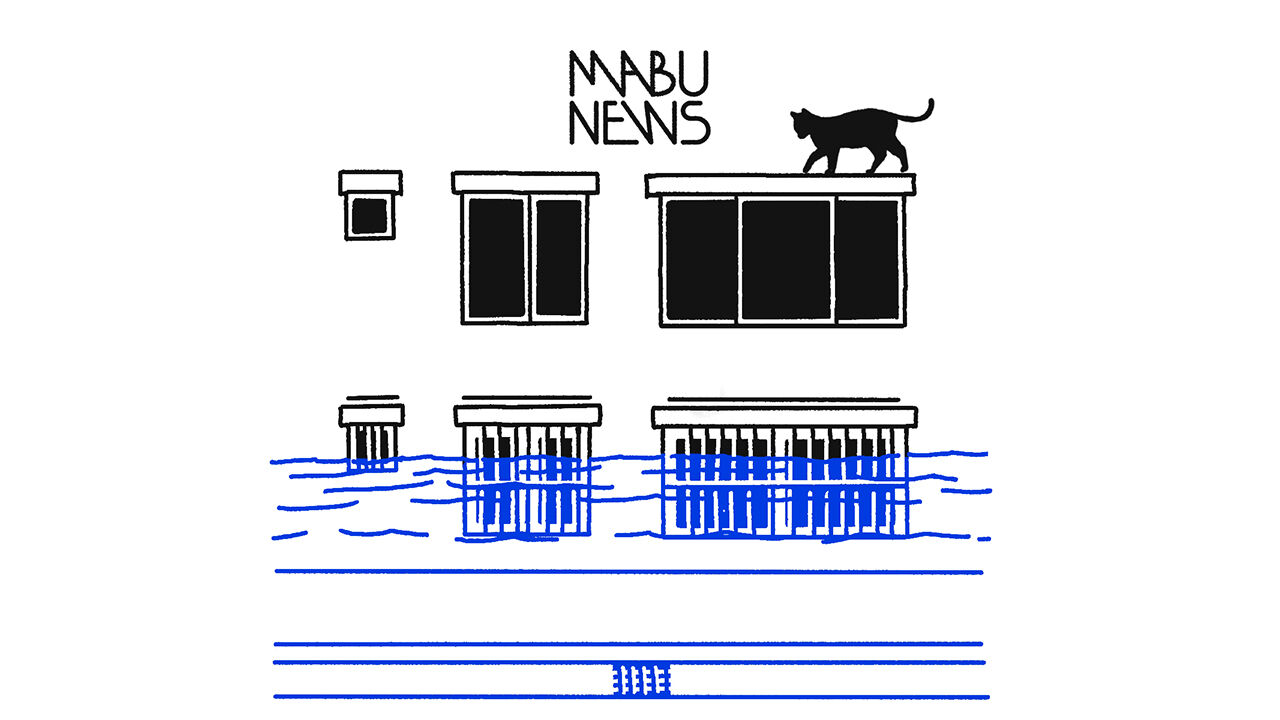 Most of the casualties from the heavy rain were low-income people living in the basement.

At that time, Mabu News told the story of the United States, where disasters caused more damage to the socially disadvantaged.

Today, after a year, I am going to talk about natural disasters and the socially underprivileged again.

This time, it's not about America, it's about Korea.

Today, we are going to take a look at the torrential rains in the central region that have been pouring since August 8 and their damage.

This is the topic that Mabu News will cover today.

Records changed by this torrential rain

First, let's look at the numbers replaced by the torrential downpours that fell last week.

Once the precipitation record was broken.

I looked it up and found that it had a stronger precipitation record than Typhoon Rusa, one of the worst typhoons ever recorded 20 years ago.

At that time, Gangneung recorded 100.5 mm of precipitation per hour, but this time in Seoul, it rained much more than that.

Of course, it broke the precipitation record in Seoul.

The highest amount of precipitation in one hour that Seoul had was 118.5 mm in 1942.

It has never rained as much as this time since the weather began to be observed in 1907.

If you look a little more closely at the data recorded at the Sindaebang-dong Observatory, you can see that the precipitation recorded for two days from 00:00 on August 8 to 24:00 on August 9 was a whopping 515.5 mm!

After that, the stagnant front that scratched the metropolitan area poured rain centered on the Gangwon-do area, and from August 10, it went down to the Chungcheong-do area and poured a lot of rain.

As it rained on an unusual scale, the amount of damage was considerable.

As of August 16, only 11,142 flooded vehicles were reported to insurance companies.

The damage is estimated at 158.3 billion won.

This torrential downpour caused more than 70% of the annual operating profit of the No. 1 auto insurance company.

There are also human casualties.

In particular, the situation of the socially disadvantaged is serious.

Flood damage under the ring

Now let's talk about the semi-underground.

It is not that there has been a semi-underground in Korea since birth.

In Korea, it was forbidden to use the basement floor as a house.

The Korean building law was enacted in 1962, and at that time, it was forbidden by law to install the living room of a house in the basement.

The law made it illegal for people to live underground.

However, in 1970 the building code was amended.

At that time, the conflict between the North and the South was intense, so the risk of war was also high.

There were voices that an underground shelter was needed because we did not know when a war would break out, and the law was amended to create a provision requiring the installation of a basement floor in a house.

The basement floor, which was started for air defense purposes, started to be used as a rented room in line with the times when houses were scarce.

And in 1984, the height at which the basement could be exposed to the ground was reduced from one-third to one-half, and semi-underground housing began in earnest.

The Banjiha created in this way was an area of ​​habitual flooding from generation to generation.

Coincidentally, on August 8, 1998, on the same day as this torrential downpour, 332.8 mm of rain fell in Seoul alone.

Even at this time, all the damage from the flooding took place in the semi-underground.

According to an analysis by the Ministry of Construction and Transportation and the Seoul Metropolitan Government, 70-80% of the flood damage was concentrated in the basement and semi-underground furniture.

What was the government's choice at the time?

It was to prevent the construction of underground and semi-subterranean houses in disaster-prone areas where flood damage is frequent.

As a result, the number of households living in the semi-basement is definitely decreasing.

The map above shows how many people live in the semi-underground in cities, counties, and wards across the country.

There may be differences from the actual location because the city/gun/gu has been reconstructed with the same area to prevent distortion according to the area.

As you may have already noticed, you can see that the proportion of semi-subterranean housing in the metropolitan area is significant.

95.9% of semi-basement households surveyed in 2020 are concentrated in Seoul, Gyeonggi, Incheon, that is, the metropolitan area.

The largest number of households marked with an asterisk live in Gwanak-gu, Seoul, with a whopping 20,113 households living in the semi-basement.

Then, what is the reason for the high proportion of semi-underground housing in the metropolitan area?

The main reason is that housing costs in the metropolitan area have risen to an unsustainable level.

According to the 2019 housing situation survey data, the average monthly income of rented households living underground and semi-underground is 1.82 million won.

On the other hand, the average monthly income of a household living in the metropolitan area is 2.84 million won.

The difference between the two average incomes is almost 1 million won.

The low-priced semi-basement is the only choice for the socially disadvantaged and the poor who cannot afford the steeply rising housing costs in the metropolitan area.

There is a map made to reduce flood damage

Readers, have you ever heard of a river flood map?

The River Flood Map is a project operated by the Ministry of Environment. It is a map showing the extent and size of flooding in the area around rivers assuming the worst flood situation.

As the worst-case scenario was assumed, the project started with the goal of reducing human casualties and property damage in preparation for possible natural disasters.

The river flood map is divided into two main categories according to the scenario.

This heavy rain situation in the metropolitan area fits the purpose of the inland flood risk map.

If so, did the river flood map play a role in this natural disaster?

The flood map project is taking a lot more speed than I thought.

In fact, it has been over 20 years since I started this business.

However, the fact that the pilot project for the inland flood risk map has just ended.

Currently, out of 426 administrative dongs in Seoul, only nine have developed an inland flood risk map.

Why are you so sluggish?

It has a huge impact on house prices.

Local residents who fall within the flooding range of the flood map do not welcome the project because they fear that house prices will fall.

The business itself takes speed, but the created data is not disclosed properly.

Even the produced maps should be made public, but due to complaints from local residents, only printed maps are provided, not digital data.

For some reason, the map system posted on the web also blocked the expansion of the unit.

When you enter the flood risk map information system, only the notice that "there are some restrictions on the zoom function due to the rapid increase in users" appears.

We obtained an enlarged image by crawling the map image provided by the system of the Ministry of Environment.

You can download a high-definition flood hazard map image from the article page of the SBS website.

The map of the Ministry of Environment was not touched as the flood hazard map can be used according to the Public Nuri Type 4 conditions (representation of source, prohibition of commercial use, prohibition of modification).

Please understand that it took time to organize the entire country, so I had to go to Seoul first.

The figure above is a map of the inundation risk of 7 districts in Seoul that were severely damaged by the torrential rain this time.

Of the seven districts, only four autonomous districts have an inland flood risk map: Yeongdeungpo-gu, Dongjak-gu, Seocho-gu, and Gangnam-gu.

Of course, not all administrative dong maps were made here either.

Although it is still an unfinished map, it can be viewed as good data to examine the damage caused by flooding in Seoul this time.

Let's take a look at the area where the submersion depth area is emphasized.

The vicinity of Gangnam Station, which includes an area with a maximum submersion depth of 5 m, coincides with the heavy rain area last week.

The location of the wise man in Seocho-dong (the intersection of Seoi Elementary School), which became an issue during heavy rain, is also listed as an area expected to be flooded in the inland flood risk map.

What should I do first?

Sillim-dong, Gwanak-gu, Seoul, where the family of Banjiha died, and Daechi-dong, Gangnam-gu, affected by flooding…

There are no inland flood risk maps yet.

It's not just here.

Of the 250 cities, counties, and wards across the country, a total of 201 have not yet been mapped.

There are only 49 cities, counties, and gu in the country with inland flood risk maps.

Not all towns and villages are covered by city, county, and dong, and the production rate can be much lower if you look at a smaller regional unit.

History is bound to repeat itself.

Similar to the heavy rain measures in 1998, the city of Seoul declared that it would get rid of semi-subterranean houses.

It is not possible to expel people living in the semi-underground in an instant, so we plan to give them a grace period of about 20 years and remove them sequentially.

No one would oppose the plan to ultimately get rid of the semi-underground.

However, if there is no proper alternative for the housing poor to choose when it is eliminated, the policy will become fuzzy again.

If there is no alternative space, it is uncertain whether the semi-underground will disappear completely because it is illegal.

Most of the low-income people who lost their lives in Hurricane Ida, which hit New York in 2021, were living in these illegally converted basements and underground apartments.

Due to the climate crisis, visits to natural disasters will become more frequent in the future.

And it will be stronger.

Unfortunately, natural disasters do not harm everyone equally.

Disasters will hit the poor first, and the damage to them will be much greater.

In order to prevent damage, it will be necessary to have a system that can respond early.

One of them will be the river flood map introduced above.

The rich are obstructing the system that can protect the poor for their economic gain. I think this is what we need to solve now.

Today, I organized data about flood damage and the socially disadvantaged.

What I want to ask our readers this week is this.

When you feel you want to help neighbors who are affected by natural disasters such as forest fires and floods, what actions have you taken?

Volunteering in areas affected by flood damage, or making donations.

Let us know what your experiences are in the comments below!

(*This article is an edited article from the Newsletter.)

Subscribing to our newsletter ​→ https://page.stibee.com/subscriptions/56136