A large-scale semiconductor industrial complex is being built in Yongin, Gyeonggi-do. The problem of fetching 'industrial water', which is the core of the semiconductor production process, has grown conflict and put a brake on it. 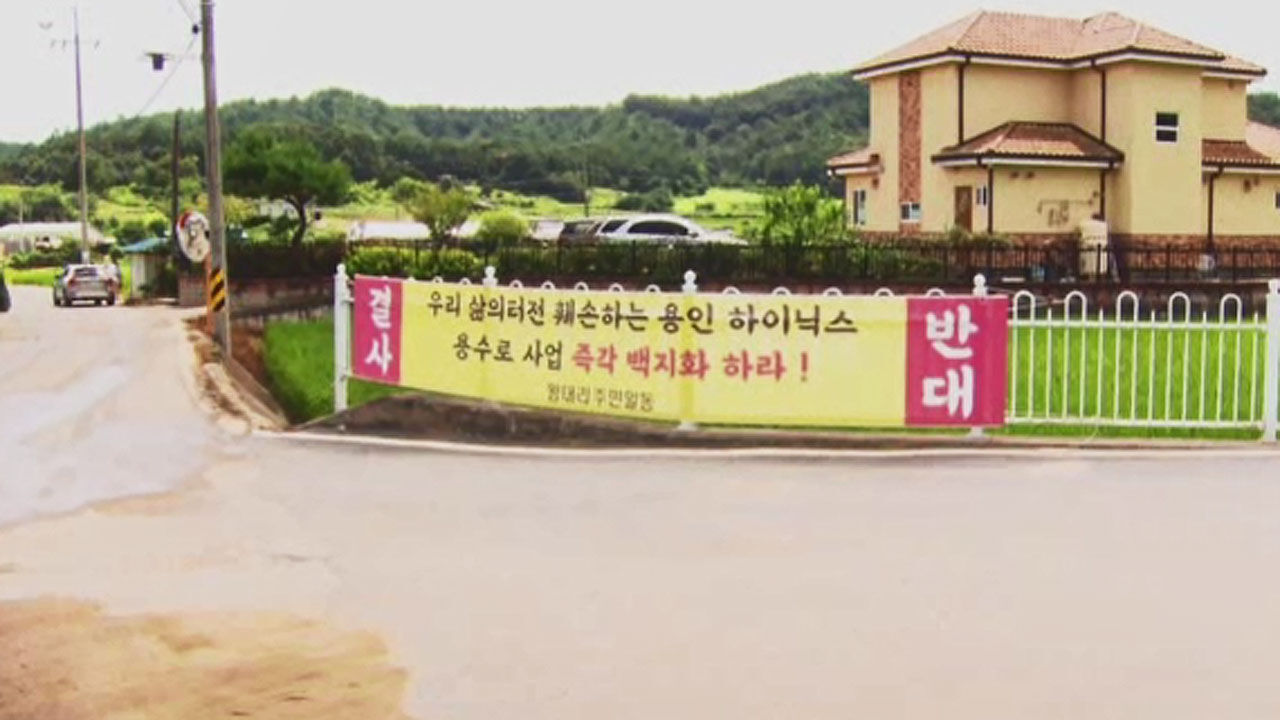 A large-scale semiconductor industrial complex is being built in Yongin, Gyeonggi-do.

The problem of fetching 'industrial water', which is the core of the semiconductor production process, has grown conflict and put a brake on it.

is the planned site for the semiconductor industry complex in Yongin, Gyeonggi-do.

It is about 1.5 times the size of Yeouido.

If all goes according to plan, it will be operational from 2027.

However, it was stopped by the problem of water intake for industrial use.

There is a plan to build a 37-km pipeline from the Namhan River intake to Yongin to draw water, but Yeoju City has withheld permission for construction of a 7.2-kilometer pipeline that passes through the building.

The city of Yeoju draws 570,000 tons of water every day from within the city, and the support plan for Yeoju is insufficient.

In particular, to protect the waters of the Namhan River, development has been restricted for decades, and only sacrifices are being made.

[Lee Chung-woo / Mayor Yeoju: I am not against it at all.

I feel that I am unilaterally forcing a sacrifice on the citizens of Yeoju, and there must be a reasonable compensation for it.] The

task of persuading the citizens of Yeoju is also a mountain to overcome.

Even in extreme drought, farmers are not able to draw water from the Namhan River and are protesting, saying that it is like a corporate preference.

[Yangseung-gun/Yeoju-si Sejong Daewang-myeon: There is no permission, and there are a lot of obstacles in farming.

But now that they are pulling water again, the residents are very angry...

As the backlash grows, SK Hynix is ​​in a position to provide additional support.

[Lim Sang-hyun / SK hynix team leader: We hope that it can be resolved quickly and amicably by consulting well with the local community, industrial complex developer, and related organizations.]

The government is also reviewing the deregulation of the Yeoju area, so we can find a trick for coexistence. It remains to be seen if it can be done.