Overnight, a surprise heavy rain fell in a village in Jumunjin, Gangneung. As rain poured down in a small area about 2 km in radius, a river overflowed in an instant and water filled the house, so residents were evacuated. 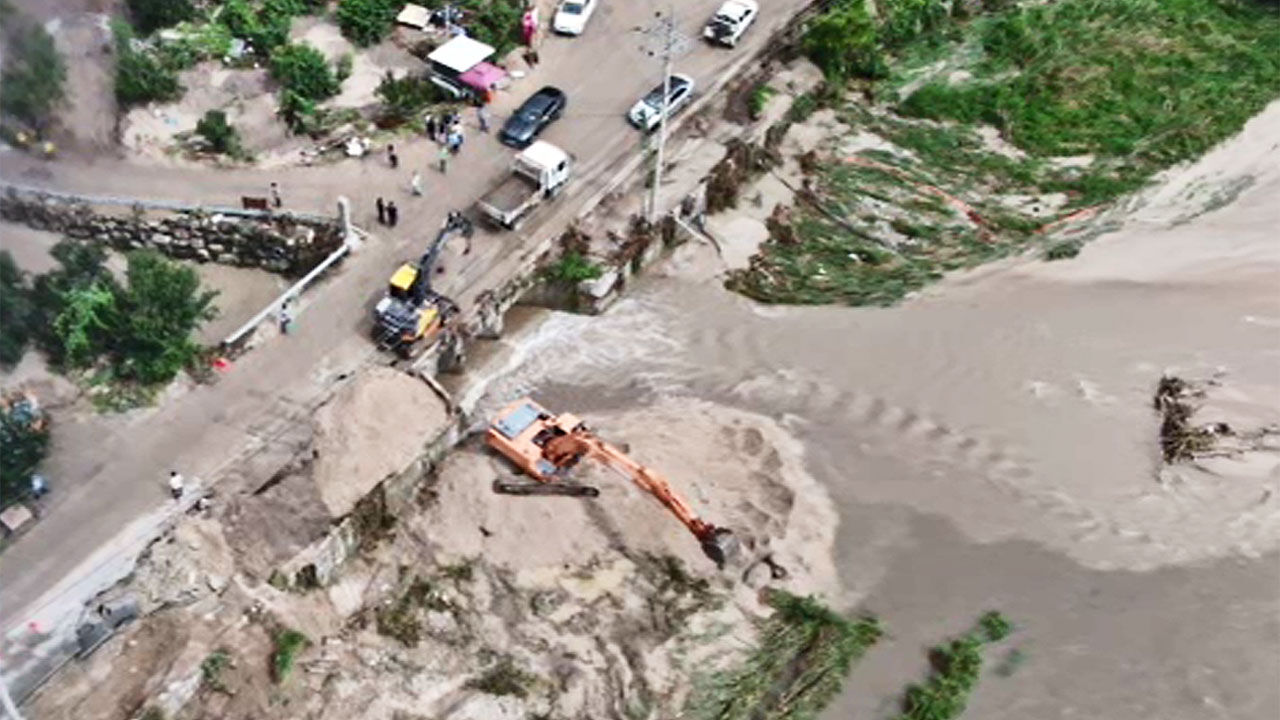 During the night, a sudden heavy rain fell in a village in Jumunjin, Gangneung.

As rain poured down in a small area about 2 km in radius, a river overflowed in an instant and water filled the house, so residents were evacuated.

This is reporter Kim Do-woon of G1 Broadcasting.

refrigerator and the bed are all swept away by the current and scattered here and there.

Vehicles and motorcycles were also swept away by the strong current.

During the night, it rained heavily only in this small town, and the waterway was also blocked, causing rivers to overflow and flooding of houses.

Some sections of roads connecting roads within the village were also lost, and 11 houses including houses and 1 hectare of farmland were submerged.

The flooded houses had broken windows and messed up places.

Nine villagers were also rescued after being isolated in a river that suddenly swelled.

[Song Gwang-ho / Victims of the village: I come here without a break from around 11 pm.

Thunder (beat) just pours down, like a waterfall for hours.] At

the same time, Jumunjin, the nearest weather station, had a precipitation of 20.5 mm, but it is estimated that the affected area just 5 km away received much more rain, more than 50 mm per hour. .

The area where it rained is only 2 km in radius.

can't get out of here

I can't get out of here (out of the house) because the current is strong...

On the other hand, Yangyang-gun also suffered inconveniences such as flooding some of the downtown roads as it rained more than 80 mm per hour at one time in the afternoon.

The Korea Meteorological Administration (KMA) urged special attention, such as facility safety, saying that up to 120mm of heavy rain will fall mainly in Yeongdong until the night of the 17th, and localized downpours of 30mm per hour may fall in some places.

damage one after another