Farmers sigh deeply in the Chungcheongnam-do region, where rain is concentrated over the weekend. In particular, with great damage in Buyeo and Cheongyang, the government is considering declaring special disaster zones in these areas. 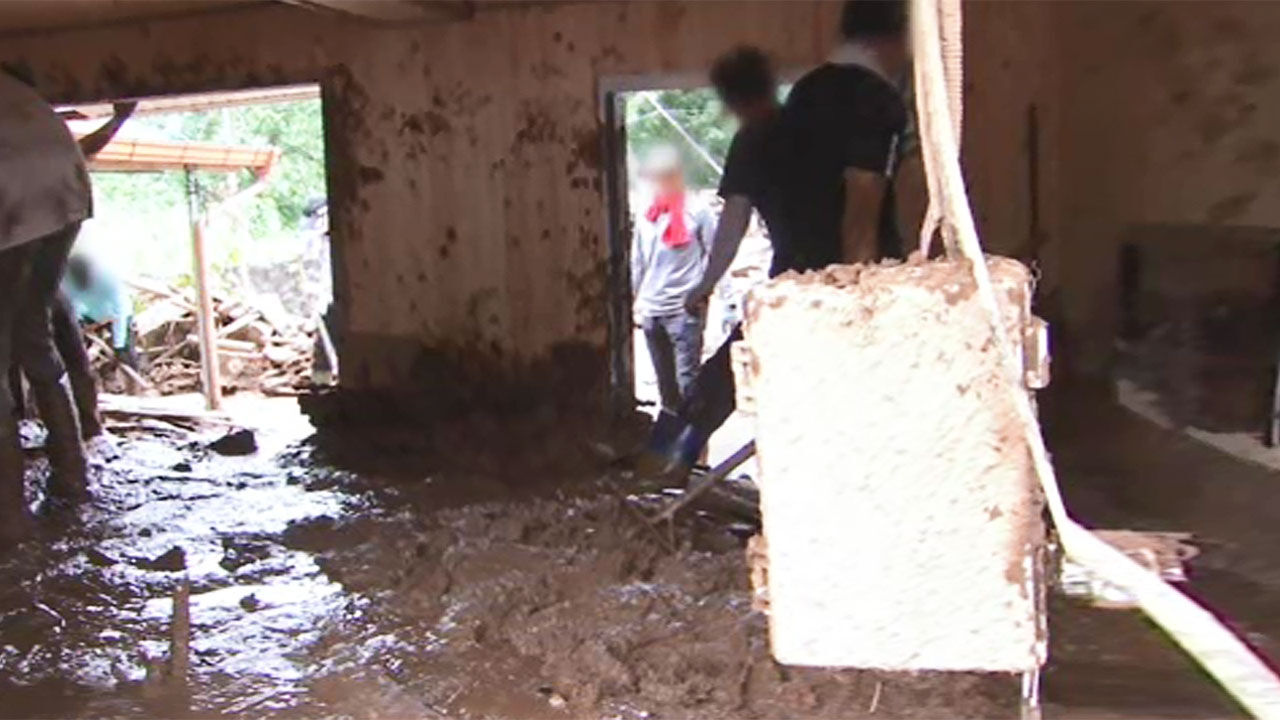 Farmers sigh deeply in the Chungnam region, where rain is concentrated over the weekend.

In particular, with great damage in Buyeo and Cheongyang, the government is considering declaring special disaster zones in these areas.

This is TJB reporter Kang Jin-won.

On the morning of the 14th, it rained 115mm per hour, and the village of Geojeon-ri in Buyeo looks like a battlefield.

The roof of a fairly large house was blown away, while only the skeleton of the lower house was left.

The barn was torn down and turned into a pile of dirt, and two cows were crushed to death.

At the moment when the earth and sand struck with a roar, the owner barely escaped.

[Kwon Young-geum / Victims: (blocked by a pile of dirt) There is nowhere to go.

So my son, daughter-in-law, and grandson ripped open the bathroom door, but when I arrived in the morning, two cows were dead and rocks were in there.]

More than 20 houses in this village alone were completely damaged or destroyed.

Nearby roads and levees along the Geum River were cut and hundreds of trees were uprooted.

When the rain stopped, civil servants and military personnel began to cover the scars, such as cleaning up the soil and building the collapsed areas.

[Kim Gyu-cheol/Chungnam Provincial Agricultural Research and Extension Services staff: The flood damage scene was much more horrific than I had heard.

In Chungnam, 364 facilities including roads and bridges were damaged and 688ha of agricultural land, which is more than twice the size of Yeouido, was flooded.

In particular, on Chuseok (Chuseok), fruit farms, who were full of joy in the harvest, suffered a lot of damage.

Minister of the Interior and Safety Lee Sang-min visited Buyeo and Cheongyang, where the damage was concentrated, and promised active support from the government, including designation of special disaster zones.

[Lee Sang-min/Minister of Public Administration and Security: If the damage investigation is done quickly, we will make sure that the government can support the government in various ways, such as declaring a special disaster area.]

Meanwhile, 50 of the 2 people who went missing while riding in a 1 ton truck in Eunsan-myeon, Buyeo A man was found dead in the lower Geum River, 40 km away.