The cargo solidarity of the Public Transport Workers' Union of the National Confederation of Democratic Trade Unions, which has recently blocked three Hite Jinro factories one after another and held a protest, stormed the headquarters of Hite Jinro, Gangnam-gu, Seoul today. 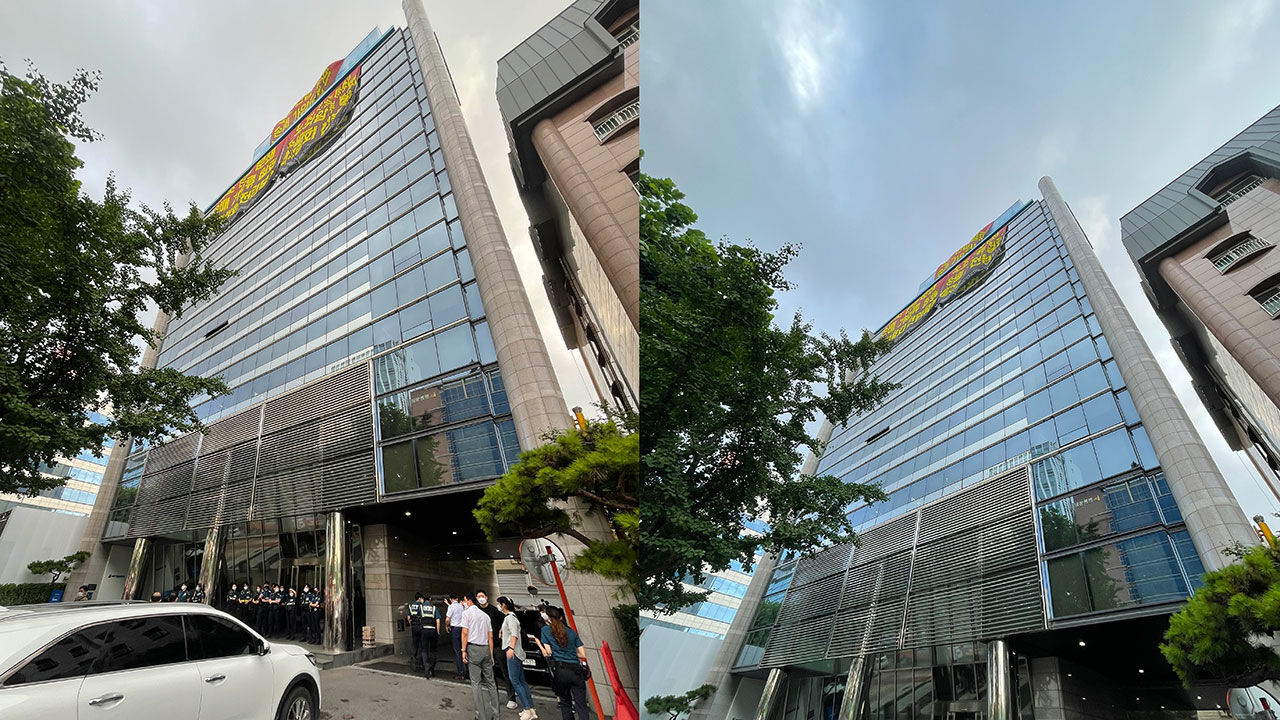 Today (16th), the Hite Jinro headquarters in Gangnam-gu, Seoul was taken over by the Freight Solidarity of the Public Transport Workers' Union of the National Confederation of Trade Unions (KCTU), which had recently blocked three Hite Jinro factories one after another and held a protest.

According to the police and the Public Transport Union, about 70 members of the Cargo Solidarity started occupied the headquarters building in Hitejinro, Cheongdam-dong, Gangnam-gu, Seoul from around 7 am today.

About 10 of them climbed to the roof.

The Cargo Solidarity of the Public Transport Workers' Union is requesting Hite Jinro to withdraw the application for injunction for damages and obstruction of business, to reinstate the dismissed union members, and to make shipping costs a reality.

A Hite Jinro official said, "At 6:10 a.m., personnel belonging to the cargo regiment entered the headquarters."

The union members on the first floor are occupying the lobby.

Some union members on the roof are known to have flammable materials.

The police put in about 300 people in case of a collision, and the Gangnam Fire Department in Seoul installed an air mat in front of the head office.

The conflict between Hite Jinro and the Cargo Solidarity has been intensifying for several months.

Hite Jinro's 132 cargo owners belonging to Suyang Logistics, a freight forwarding consignor for the Gyeonggi Icheon Plant and the Chungbuk Cheongju Plant, have been on strike after joining the Cargo Solidarity in March.

Suyang Logistics is a 100% owned subsidiary of Hite Jinro.

On June 24, the first negotiating table between the Cargo Solidarity and Suyang Logistics was prepared, but in the meantime, 132 members of the Cargo Solidarity were notified of the contract termination, and Hite Jinro filed an application for an injunction prohibiting business obstruction related to the assembly at the Icheon and Cheongju factories.

Hite Jinro also claimed compensation for damages caused by joint illegal acts, such as obstruction of business, against some of its members.

Accordingly, the Cargo Solidarity held a rally at the two factories on the 22nd and 23rd of last month with a total of 700 people participating, and from the 2nd of this month, the rally is continuing at the Hite Jinro Gangwon plant in Hongcheon, Gangwon.