Here's a look at the rain. Last night, it rained heavily in Gangwon, Busan, and Gyeongnam. Heavy rain warnings are currently in effect for Jeju and the southern coastal areas. 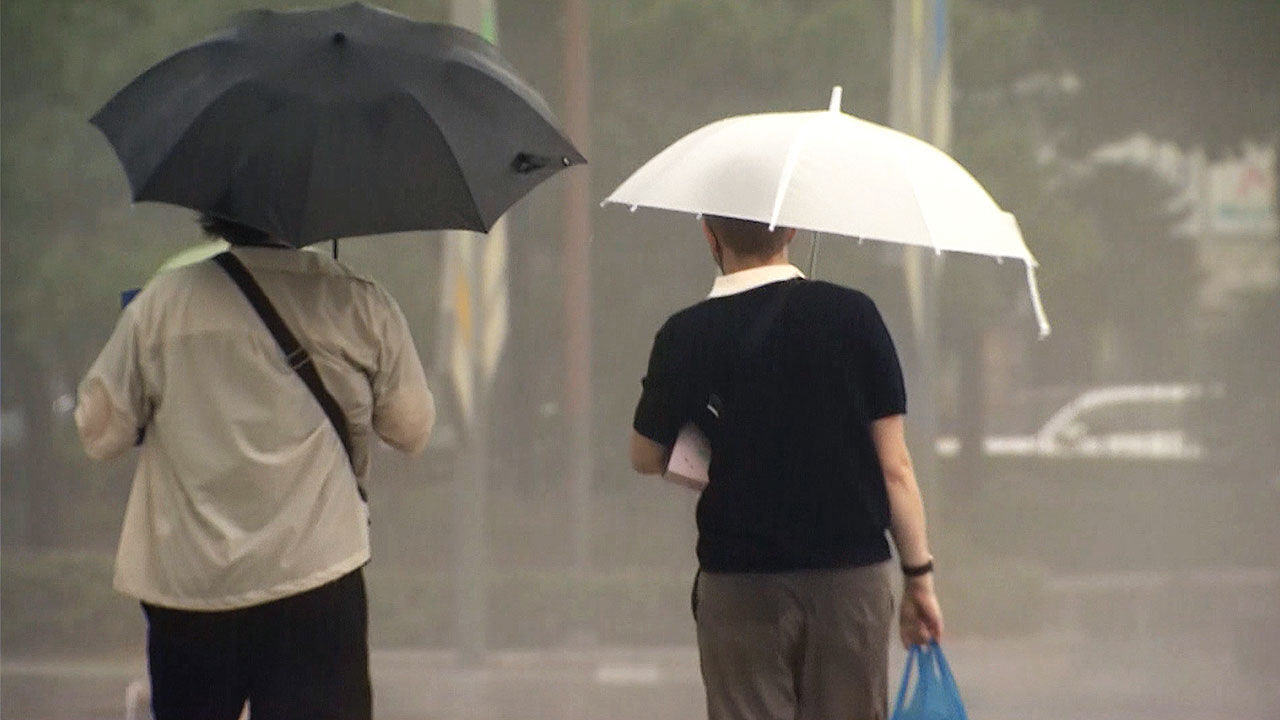 Next, let's look at the rain news.

Last night, it rained heavily in Gangwon, Busan, and Gyeongnam.

Heavy rain warnings are currently in effect for Jeju and the southern coastal areas.

Raindrops were continuously pouring from the sky, and a sign was erected on the road near the river announcing the prohibition of entry.

In Busan, where a heavy rain advisory has been issued, it rained more than 60 mm a day yesterday (16th).

If it rains just a little bit, it will be flooded.] It rained

more than 20mm per hour overnight in the southern coastal area of ​​Gyeongsangnam-do.

This rain is expected to fall by 20-70mm in Yeongdong, Gangwon-do, the coast of Gyeongnam, and Jeju by this afternoon, and up to 120mm in many places.

In particular, this rain cloud belt is narrow from north to south and long from east to west, so there may be places where it rains more than 30mm per hour.

The Korea Meteorological Administration has warned that lightning and gusts of wind can occur along with rain, and urged residents near areas where rain is forecasted to be careful and to check the special warning situation frequently.

In addition, the Korea Forest Service raised the landslide crisis warnings in Busan, Gyeongnam, and Jeonnam from concern to caution, and recommended that people in hazardous areas evacuate to a safe place.