Last night, it rained heavily in the Jeollabuk-do area. The wind blew so hard that the houses were locked, several buildings were destroyed, and in some places the electricity was cut off. 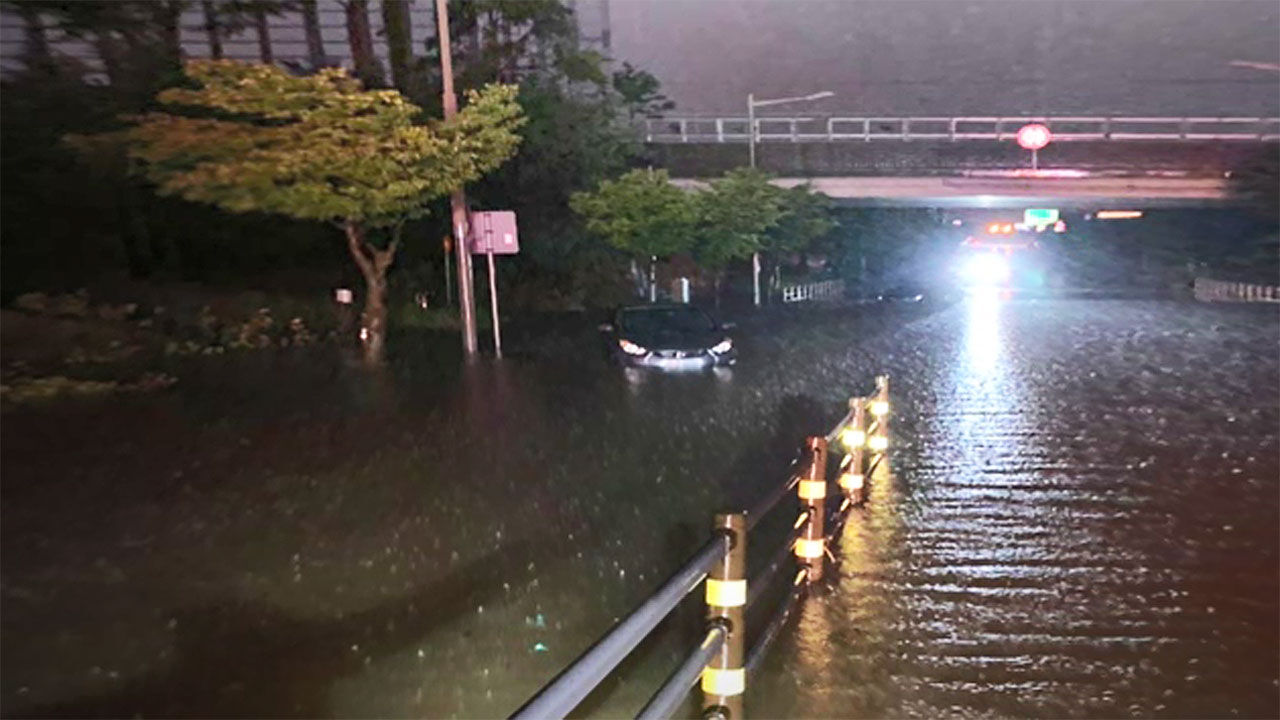 The wind blew so hard that the houses were locked, several buildings were destroyed, and in some places the electricity was cut off.

Reporter Kim Geun-hyung of JTV covered the scene of the damage.

One wall of the house collapsed as if it had been bombed.

Broken roofs were scattered in the yard, and the persimmon tree fell down with its roots uprooted.

There are no spots in the house, but it is due to strong rain and wind.

[Baejeongim/Victims of the village: It rains and winds a lot, and the wind blows, so all the slates are blown away, the houses are all destroyed like that, and the persimmon trees are all over.]

Damage occurred all over the town.

Six nearby households suffered damage, including crops collapsing and roofs being blown away by strong gusts of wind.

At dawn on the 16th, a gust of wind of 8 m/s swept through this village with a 35 mm torrential downpour.

The power of the gust was so strong that the roof of a house flew over several tens of meters.

The three greenhouses could not withstand it and were completely damaged.

The electricity supply was also cut off as the power line of the electric pole was cut off.

An elderly man living alone in a house in Yongjin-eup, Wanju-gun, was rescued at dawn and only escaped.

60mm of rain per hour flowed into the room.

[Flood victims' families: My mother was almost in danger.

119 people came, took her mother, and took her to the jjimjilbang.

The water filled the living room all the way to the front of the kitchen.]

On a road in Iseo-myeon, Wanju-gun, around 5 a.m., a car submerged in water and 119 rescue teams rescued the driver.

At the same time in Jeonju, a 25-meter tree fell over a four-lane road, causing inconvenience to citizens during rush hour.