I dug up the trash with my bare hands... 'Righteous rain gutter' to prevent the spread of damage

On the night of the 8th, when torrential rain fell in Seoul, the appearance of this man who pulled out garbage from the road rain gutter with his bare hands near Gangnam Station was a big topic, and a similar thing happened in Uijeongbu, Gyeonggi-do. 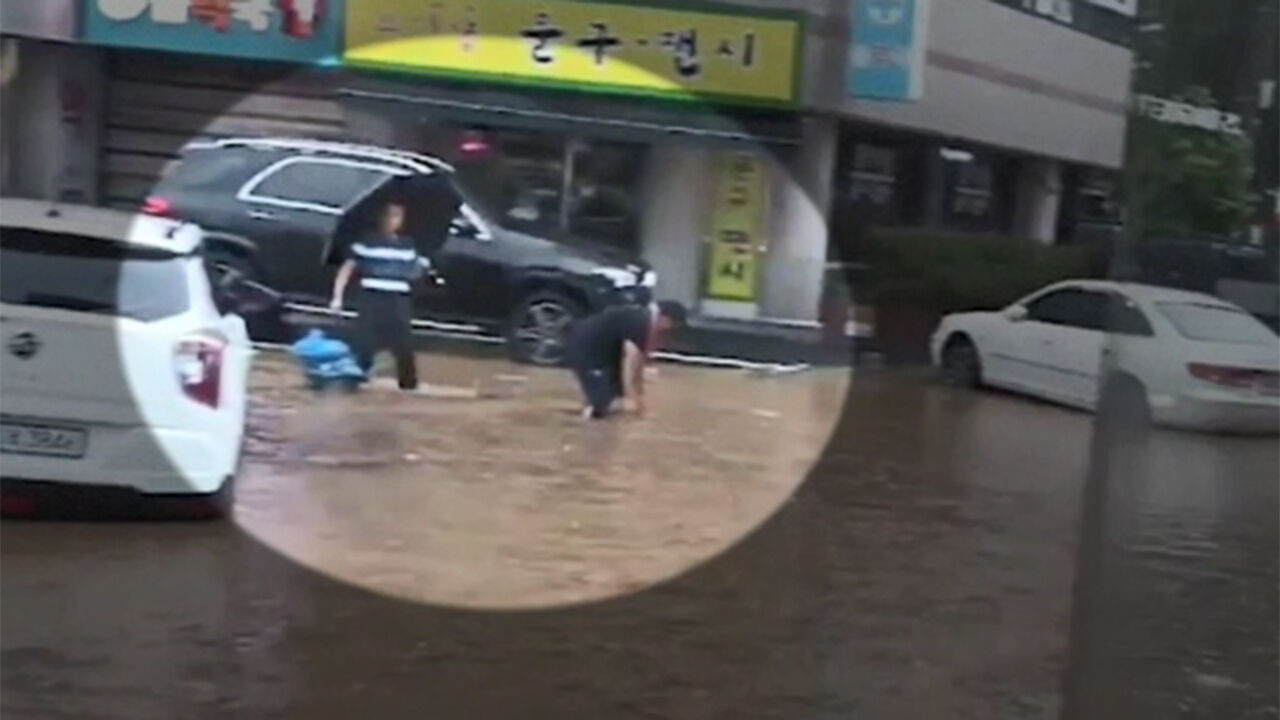 On the night of the 8th, when torrential rain fell in Seoul, the appearance of this man who took out the garbage caught in the road rain gutter with his bare hands near Gangnam Station was a big topic, and a similar thing happened in Uijeongbu, Gyeonggi-do.

On a street filled with water, the residents gathered their strength to break through the clogged rain gutter and prevent further damage, first reported by reporter Yoo Deok-gi.

what kind of mess is this...

On the 9th, when it rained more than 80mm per hour, the road around Yonghyeon-dong, Uijeongbu, Gyeonggi-do was filled with water to the knees in less than an hour.

At that time, someone bent over and started to pick up the garbage that was blocking the rain gutter, and things started to change as the people around them joined together.

: (With garbage) The rain gutter is clogged, so now we take out a little bit of this side and that side as well, and this is now in front of our store, so we pull it out now.]

it was swept away

I thought it was my job, just.]

Regardless of you, I estimated the location of the rain gutter on the road that I used to frequent, opened it by fumbling, and dug up the trash.

about an hour for that.

[(Rain gutter) There is one on this side.

[Jeong Kyeong-po / Pastor of a nearby church: After I pierced it and opened the (rain gutter cover), the water flowed for an hour and then it all came out...

As local residents united in their efforts, rainwater filled the roads gradually drained away, and shops and houses around the intersection were able to avoid major flood damage.