50mm of heavy rain per hour in southern Gyeonggi... Damage caused by flooding

It looks like it will rain a lot this week. Yesterday evening, it rained heavily in parts of southern Gyeonggi Province. Heavy rain that fell for over two hours resulted in damage. 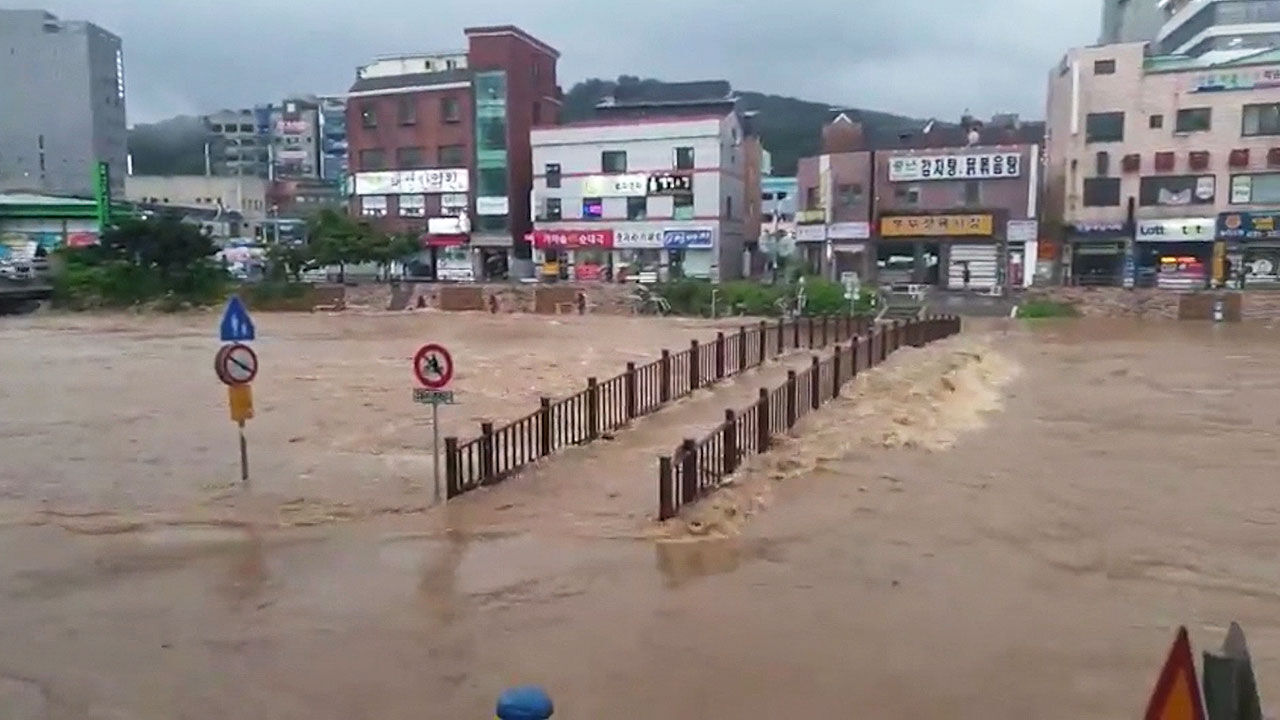 It looks like it will rain a lot this week as well.

Yesterday (14th) on the evening of the 14th, it rained heavily in parts of southern Gyeonggi Province.

Heavy rain that fell for over two hours resulted in damage.

river flows so strong that it is impossible to cross the bridge.

Lightning strikes over the apartment with heavy rain, and the road is flooded with water that is impassable for vehicles.

[Informant: If you don't turn on the hazard lights, you don't even know there's a car...

Since late yesterday afternoon, it has been raining heavily in the southern region of Gyeonggi-do, up to about 50mm per hour.

It rained intensively for about two hours from about 5:30 PM.

In a multi-family house in Yongin, Gyeonggi-do, the rain caused inconvenience to residents with knee-high water on the parking lot and stairs.

It has been about 4 hours since the rain has stopped, and the floor is covered with mud, and if you go in a little further, there are traces of the stairs filled with water.

If you go a little further inside, there is still water up to my ankles in the space used as a warehouse.

[Park Jong-ho / Yongin-si, Gyeonggi-do: It was like a shower for an hour, but the water quickly filled up…

It's been at least 3 years since it was submerged, and it's a bit more serious this year that the soil has come like this.]

There was also damage to facilities, including flooding of six houses and nine roads.

The rain that moved to the Gangwon area overnight sometimes had 20mm of showers per hour, but now the heavy rain warning has been lifted.

The Korea Meteorological Administration expects heavy rain again in the central region this afternoon, and in the northern regions of Jeollabuk-do and North Gyeongsang Province starting at night.