"Hold on a minute!" Sillim-dong righteous people who rescued a semi-underground isolated man

There are heroes all around us who risked their lives to save others during the horrendous rain. Several citizens gathered to rescue a person trapped in a semi-basement house in the pouring rain. 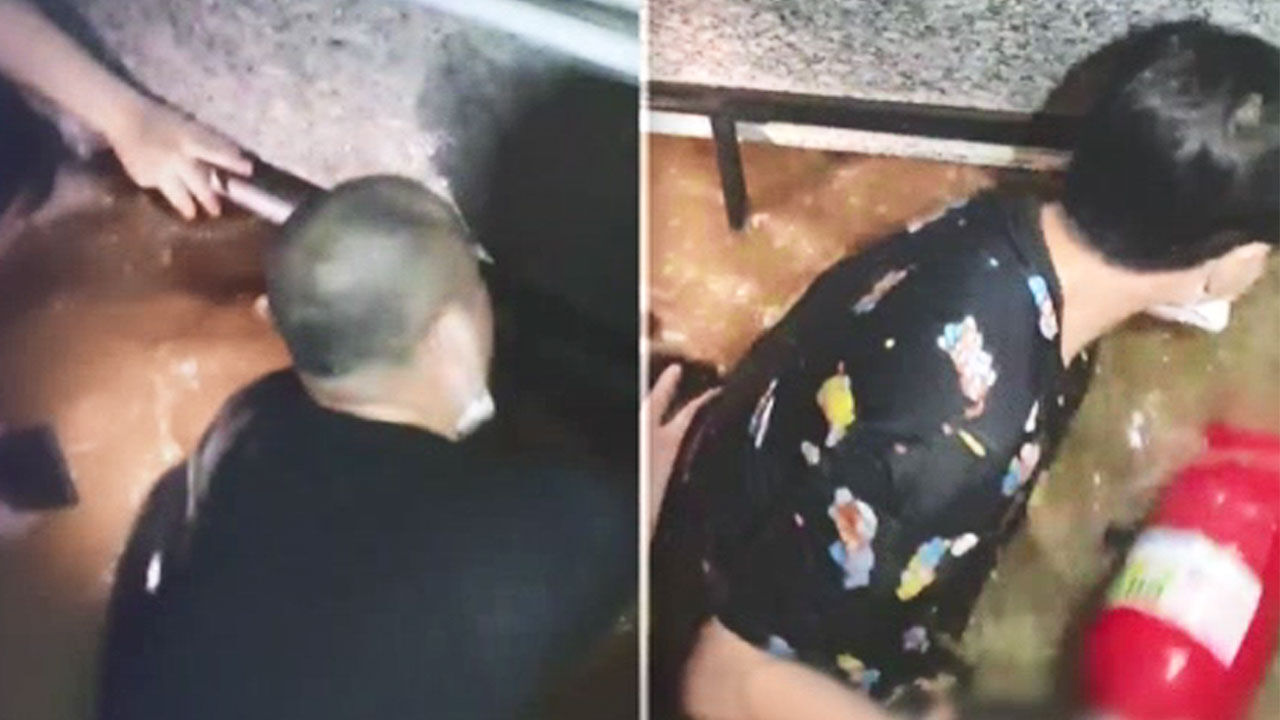 There are heroes around us who risked their lives to save others while it was raining terribly.

Several citizens gathered to rescue a person trapped in a semi-basement house in the pouring rain.

Reporter Park Chan-beom will tell you in detail about the situation at the time.

[You have to open it from the inside!]

multi-family house is submerged in water due to heavy rain.

He struggles to rescue an isolated man.

[You can come and see the lights!

When the window doesn't open due to water pressure, he decides to break the window.

[I have to break this!

I have to break this!] I try

to hit it with a fire extinguisher, but it's not easy.

[Give me the monkey spanner!]

An emergency situation in which rainwater rises to the face of the man inside and fights for every minute and second.

Seunghoon, hold on a little longer!]

About 30 seconds later, the glass window starts to break, and

A man who was imprisoned in a semi-subterranean house appears through the window.

This is the moment when 29-year-old Seung-Hoon Lee was rescued after an hour of isolation in a semi-basement house.

[Lee Seung-hoon/Rescuer: If it had been 30 minutes more, I probably wouldn't have been in this world...

Mr. Lee tried to escape when the rainwater reached his calf, but the front door did not open due to water pressure.

While waiting for 119 rescue, righteous people in Sillim-dong came out.

When Eun Seok-jun heard the sound of people, he swam into the house to check the semi-subterranean lake.

[Eun Seok-jun / Sillim-dong Jowon-ro 19-gil Eui-in: My feet didn't reach and there was only one head difference from the ceiling.

The closet was also floating around, so I just took it out.]

After confirming that there were people in the semi-basement house, the citizens gathered in a place where the width between the wall and the outer wall of the building was only 70 cm.

It took less than 5 minutes to break a window and rescue a person using the equipment.

Park Jong-yeon, who had already rescued two people from another semi-basement house, hurriedly jumped over the wall and joined the rescue.

[Park Jong-yeon / Sillim-dong Jowon-ro 19-gil Righteous Person: They broke the security window and saved me here first, then the lady here, and then went over there and was trapped over there.

In the process, my hand is now a little bit on a piece of glass…

Thanks to the righteous in Sillim-dong, Seung-hoon Lee says that he has a new life.

[Lee Seung-hoon / Rescuer: I will always try to become a person who can give to others.