'Rainwater Tunnel' to be promoted again after 10 years

Due to this heavy rain, a deep underground rainwater storage facility called the Great Deep Tunnel is drawing attention again. There is one installed in Yangcheon-gu, Seoul, and the Seoul Metropolitan Government announced that it would again promote the construction of a deep tunnel, which had been almost completely abandoned in other areas. 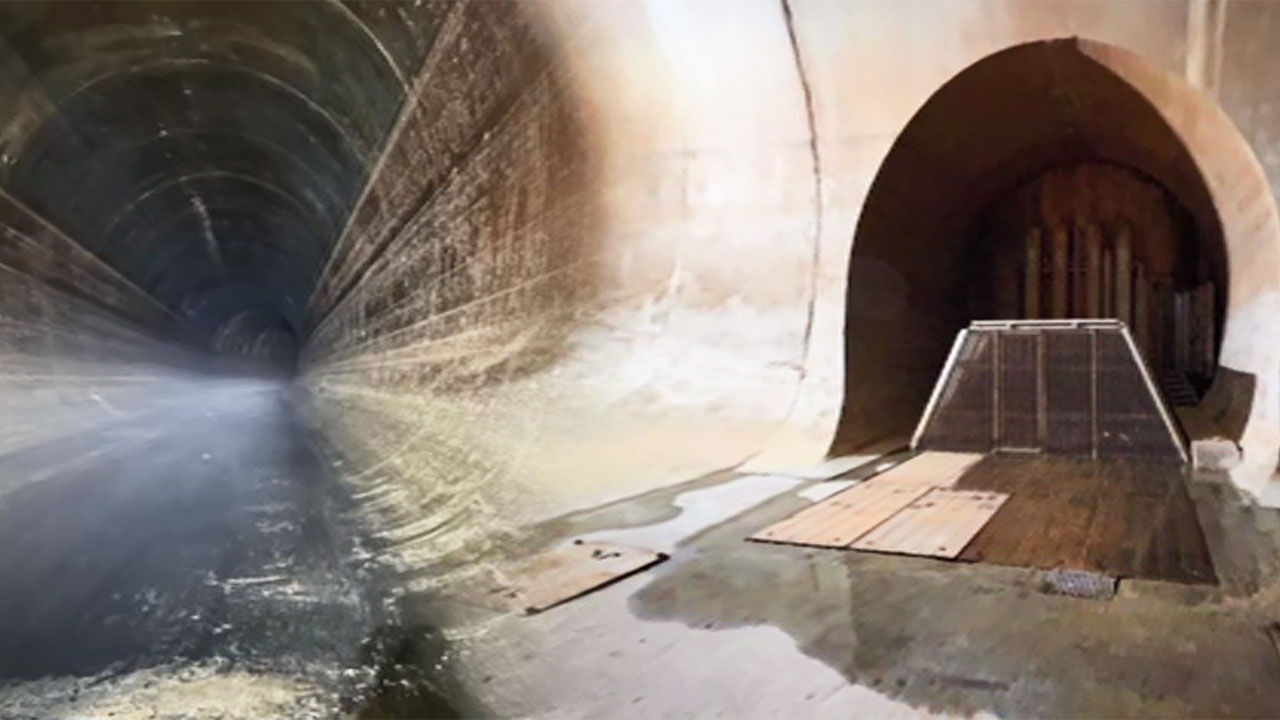 Due to this heavy rain, the deep underground rainwater storage facility called the Great Deep Tunnel is attracting attention again.

There is one installed in Yangcheon-gu, Seoul, and the Seoul Metropolitan Government announced that it would again promote the construction of a deep tunnel, which was almost completely abandoned in other areas.

For more details, this is reporter Kim Sang-min.

is the only large deep rainwater tunnel in Yangcheon-gu in Seoul.

It is a large pipe with a diameter of 10m that is buried 40m deep underground.

The area, which had been flooded in the past, survived even heavy rains of up to 80 millimeters per hour.

This is because, after the completion of the deep-depth tunnel in May of last year, the maximum rainfall capacity per hour was significantly increased from 75mm to 100mm.

In the Gangnam area, which suffered the worst water crisis, construction of a deep tunnel was planned in 2011, but it was canceled after the replacement of the mayor of Seoul.

The deep tunnel, which was scheduled to be built in seven locations, has been drastically reduced to one in Yangcheon-gu.

[Tae-gyu Koh / Head of the river management department in Seoul

in 2012: (Mayor Park) I couldn’t persuade him well, so I went to Japan and looked at Japan’s flood protection policy (large depth tunnel).

It was difficult to completely prevent flooding at a maximum of 116mm per hour, but it is pointed out that if it had been installed, the damage could have been considerably reduced.

[Tae-gyu Koh / Head of the City's River Management Division in 2012: (like Gangnam) If the depth is large enough to receive the water and take it out immediately, it is not like it has been submerged for a long time and filled with water, this is it.

It will be discharged immediately.]

Mayor Oh Se-hoon announced that he would revive the construction plan that was abandoned 10 years ago.

The plan is to complete the area around Gangnam Station and Dorimcheon Stream in Gwanghwamun by 2027, and the rest of the area by 2030.

In particular, in the case of Gangnam, he emphasized that it would be able to handle the precipitation frequency of 100 years, 110 mm per hour.

The party also held an emergency meeting today (10th) and announced that it would declare the flood-damaged area as a special disaster area and actively review the plan to reflect the budget for installing the deep tunnel in next year's budget.

In order for these promises to not be limited to improvisations that come out every year, it is most important to act quickly.