It is the first time in 115 years that record heavy rains are pouring around the metropolitan area, causing rain damage and accidents. Today's OhNews will deliver special news focusing on the heavy rain situation. 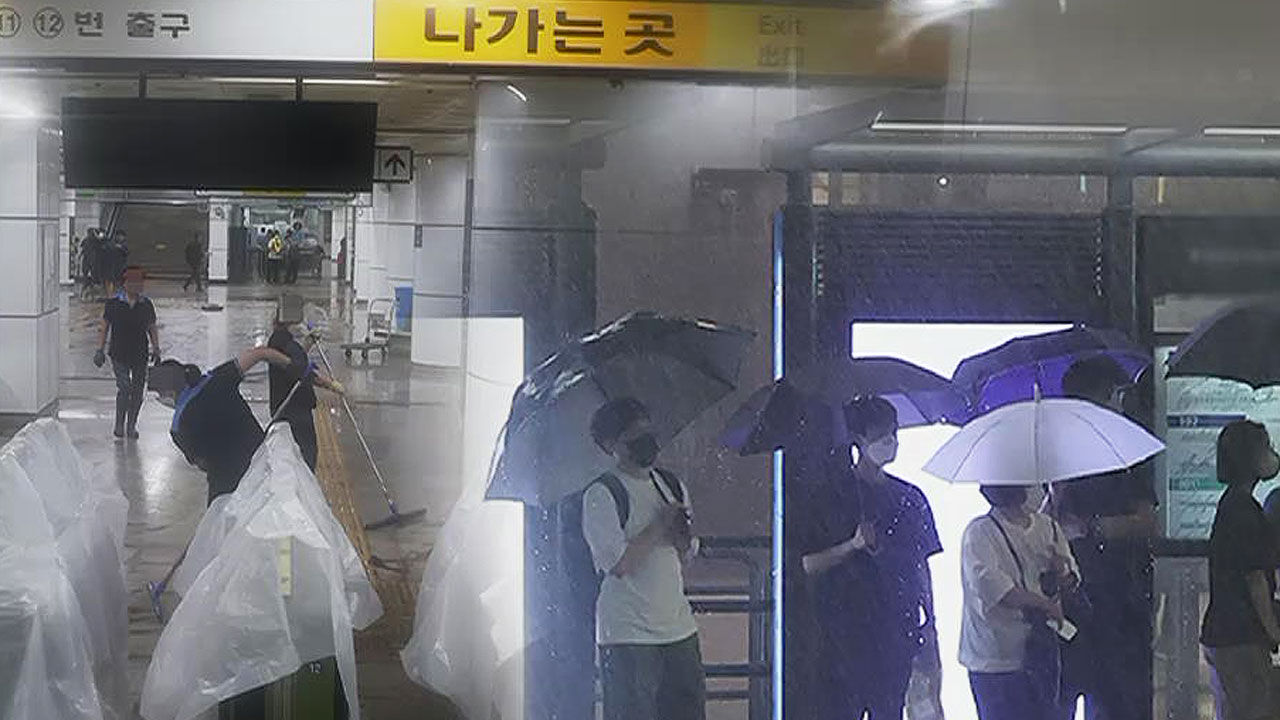 First of all, it's getting closer to work time, so let's find out what the public transportation and road control situation is now by connecting to the site.

I am now standing in front of Isu Station, a transfer station for subway lines 4 and 7.

As you can see behind me now, I see a little bit of citizens leaving work now.

However, on the way home from work, it rained again.

Here at Isu Station, due to the heavy rain that once continued, rainwater filled the waiting room and the ceiling collapsed, and both the two-way trains of Line 7 passed without stopping.

From the first train this morning, trains in all sections of Seoul Subway Lines 1 to 8 are operating normally.

In the case of Line 9, the operation of all sections resumed at 2 pm, and Dongjak Station, which is passing through non-stop for equipment repair, is scheduled to normalize before and after work hours.

The main roads in downtown Seoul, which were submerged in water from morning to afternoon, are gradually getting out of control.

Some sections are still under control.

Is there any progress in repairing damage?

Although restoration work is being carried out in various places, as you can see, the rain has not stopped yet, and there are still concerns about damage from the night rain.

In addition, there are many places with poor drainage, so there is no noticeable progress.

Also, as it is getting dark, merchants are putting off restoration work until tomorrow.

Let's hear the voices of the field complaining about difficulties.

[The blanket should be thrown away once it got wet in the rain.

I have to redo the interior.

What can't I do

If it rains at night while the restoration work has not been completed, there is a concern that additional damage will be caused.