This torrential downpour is causing great damage to Seoul and the area south of the Han River. All roads were closed and subway service was suspended. Even now, there are many Seoul citizens who are complaining of inconvenience. 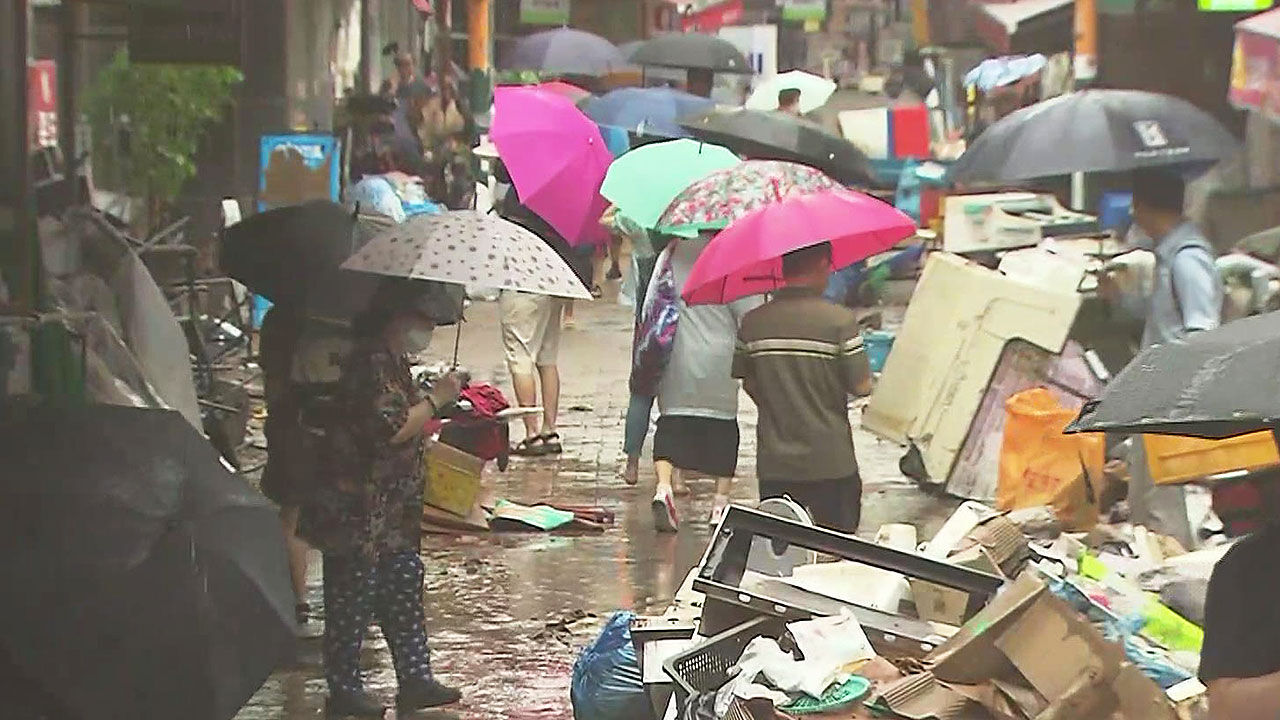 This torrential downpour is causing great damage in Seoul and also south of the Han River.

All roads were closed and subway service was suspended.

Even now, there are many Seoul citizens who are complaining of inconvenience.

We will connect with reporters on the spot what is the current situation of public transport and road control.

What is the current traffic situation in Seoul, including Isu Station?

Yes, I am now at Isu Station, a transfer station for subway lines 4 and 7.

The rain has subsided for a while, but it is difficult to predict when the rain will become strong again at this time.

At Isu Station, rainwater filled the waiting room due to continuous heavy rain, and the ceiling collapsed at one time, and both trains on Line 7 passed without stopping.

From the first train this morning, trains in all sections of Seoul Subway Lines 1 to 8 are operating normally.

In the case of Line 9, the operation of all sections started again from 2 pm a little while ago, but Dongjak Station passes without a stop.

The main roads in downtown Seoul are still under control.

On the Olympic road, Dongjak Bridge, Hannam Bridge, and both directions of Seoul and Gimpo were controlled.

The Olympic-daero and Nodeul-ro on the Yeouido side of the Yeoui Upper River to the Hangang Bridge are also under waterlogged control in both directions.

However, as the restoration work begins, some sections seem to be gradually getting out of control from this morning.

Traffic control was lifted at the Gunja Bridge junction of the Dongbu Arterial Road and the Seongdong-Majang section of the inner ring road as of 10 am today.

The two-way traffic control on Gangbyeonbuk-ro was lifted this morning.

Restoration work is in progress, but the rain has not stopped and drainage work is not easy, so there is no noticeable progress yet.

Merchants have been working hard on the restoration since early morning, but they are at a loss as to what to do first.

[Yoonhyun / Dongjak-gu, Seoul: First of all, you have to throw away everything that gets wet in the rain.

I have to redo the interior.

What can't I do

In particular, there are concerns about additional damage if it rains again while the restoration work has not been completed.