A lot of rice, a lot of seafood cuisine and a lot of fresh fish. These are the features of the gastronomy of the Costa Brava, dotted with tracks to eat, under business formats that range from... 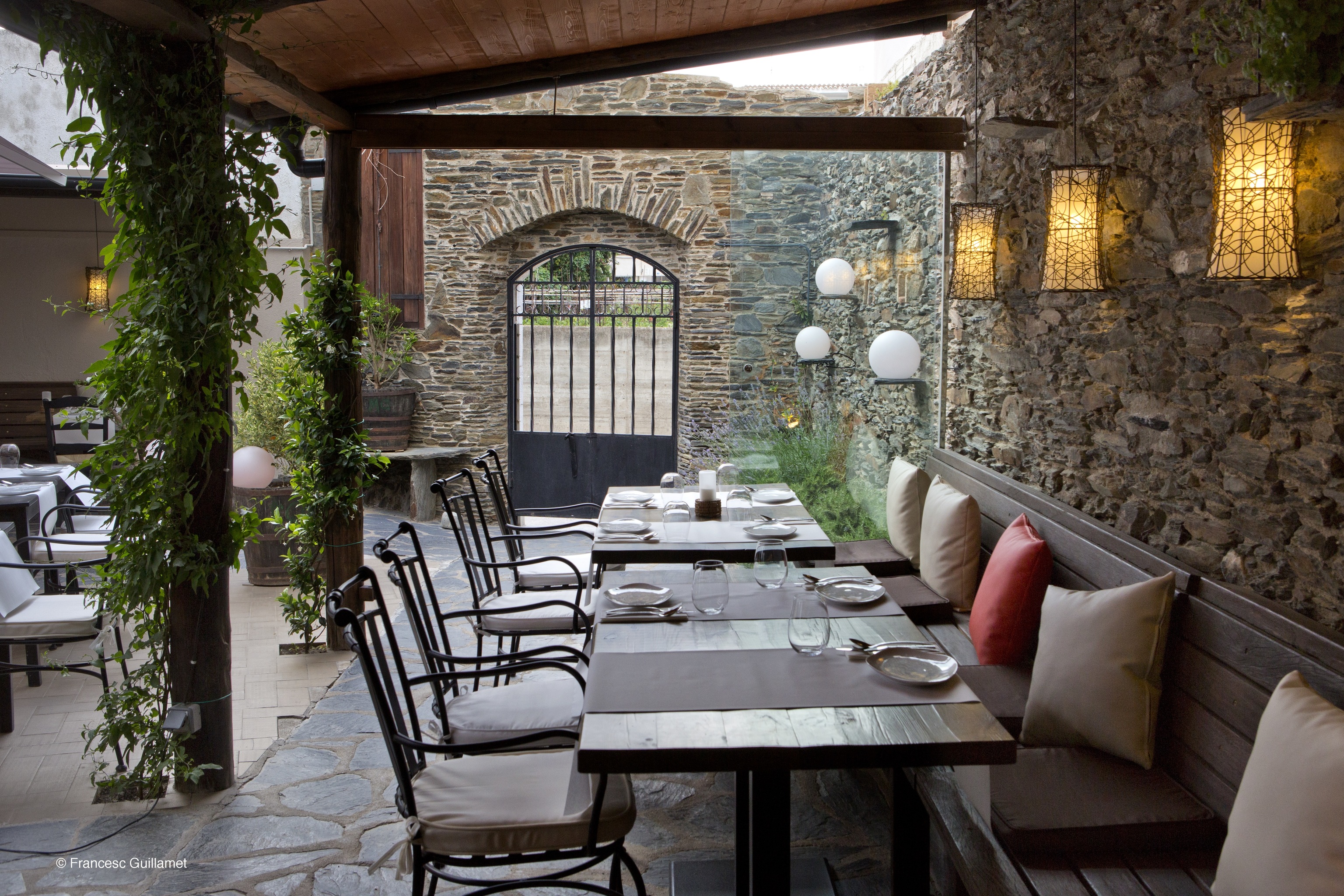 A lot of rice, a lot of seafood cuisine and a lot of fresh fish.

These are the features of the

gastronomy of the Costa Brava

, dotted with food courts, under business formats that range from the beach bar or the brasserie to more modern offers, with the option of indulging in a haute cuisine experience.

8 tracks to move around the Costa Brava and try its gastronomy.

of the owners of the fifth best restaurant in the world

Eduard Xatruch, Oriol Castro and Mateu Casañas, owners of Enjoy (Barcelona), opened this restaurant in Cadaqués 10 years ago (it is the first time they started together), with an offer that is theoretically its most

A white house from the early 18th century with an obvious Mediterranean look houses an interior dining room and a large terrace, much in demand in summer.

Rice and fish of the day coexist with modern recipes

such as tuna cannelloni, as well as cod fritters with honey foam or other dressings.

By the way, the trio of chefs has just opened a Share headquarters in Barcelona at the beginning of June.

It is not far from where what is now known as

was conceived and, in fact, it is a place frequented by the chef who led that movement.

La Pelosa is a beach bar very close to Cala Montjoi, where elBulli is located

, closed as a restaurant just 11 years ago and which, transformed into a foundation and

Ferran Adrià is a regular customer of the La Pelosa business. Gómez-Alvaz family

via recipes such as monkfish casserole, rose anchovies, grilled sardines, rock mussels and rice dishes such as fish and shellfish paella -specialty- or lobster broth.

Catalan cream or flan, for dessert.

TOC TO THE SEA

"A good table and a good grill is a sign of a good home," announces a sign in this

on the sand of a cove on the Costa Brava.

is located on Aiguablava beach, in Begur.

Four partners (Santi Colominas, Sandra Baliarda, Txell Estany and Ruel Rodeles) started the project in the spring of 2011, under a concept based on two pillars:

ultra-fresh seafood caught in the area and grill as the main technique.

(dispatched with an average price of 69 euros per kilo), such as sea bream, scorpions, dentex or rock octopus.

In addition, you can order wood-fired oven mussels, grilled sardines, rice dishes (including a

), Escalivada with vegetables and romesco or shellfish from the area such as the red lobster from Cabo de Begur and the Palamós prawn.

Piste in Calella de Palafrugell, whose name is not accidental, since this

restaurant is installed right on the edge of the sea, which hits its walls

Project created by Raquel Tarruella more than 25 years ago with interior design by her sister Sandra de Ella (both are daughters of the Barcelona hotelier Rosa Esteva, founder of Grupo Tragaluz).

Candied artichokes with cuttlefish, Carpaccio of Palamós prawns with pesto and pine nuts or Steamed mussels with herbs and ginger

are some examples of a Mediterranean offer with an exotic touch, within a

menu of dishes to share, where there are also rice dishes

('Paella del Señorito' or vegetarian, for example) and

fish of the day.

Nerua, Josean Alija's kitchen that brings (even more) creativity to the Guggenheim Bilbao

Nerua, Josean Alija's kitchen that brings (even more) creativity to the Guggenheim Bilbao

that, until 2011, was the destination of the people from elBulli, who seem to have visited the Montse Núñez business in the middle of the afternoon, who had worked in the restaurant run by Ferran Adrià and Juli Soler.

In this bar in the town of Rosas,

you can snack at any time

their proposal that can be tasted inside the premises or on the terrace.

If you visit Rosas, it is almost obligatory to double up and add another visit to Rafa's to La Sirena.

It is the house of Rafa Cantero, a Galician born in Quiroga, who in

at a shop window where he displays the

of seafood products before grilling or grilling them.

Located on a pedestrian street, you can choose to eat inside or on the outside terrace.

Their places are super demanded in summer.

On his day, Ferran Adrià passed through here almost daily.

A luxury in the north of the Costa Brava, already

Located on the seafront in Llançà, the house of Paco Pérez and Montse Serra has two Michelin stars.

, who updated the business created by his in-laws in 1939 with his wife.

His offer is structured in a menu

, with dishes such as lobster with chicken stock or

crumbs -in addition to rice-, and

, with the latest creations of the season, at a price of 210 euros (not including drinks), or

The alternative in Llançà is this

fisherman's house, which was the port's fishermen's tavern opened in 1947

and which the Fernández-Punset family of hoteliers bought more than three decades ago.

With chef Lluís Fernández Punset at the helm of the kitchen, the offer has been taking steps from the

good product he handles to progressing towards a gastronomic restaurant.

Cap de Creus lobster served fried or 'without work', shrimp carpaccio or rice dishes follow one another on a menu with many options to eat.

Last June, Els Pescadors was included in the OAD (Opinionated About Dining) list for Europe.