It is raining heavily in the central region including the metropolitan area right now. In particular, in the Gangnam area of ​​Seoul, the road is flooded and the damage is increasing. 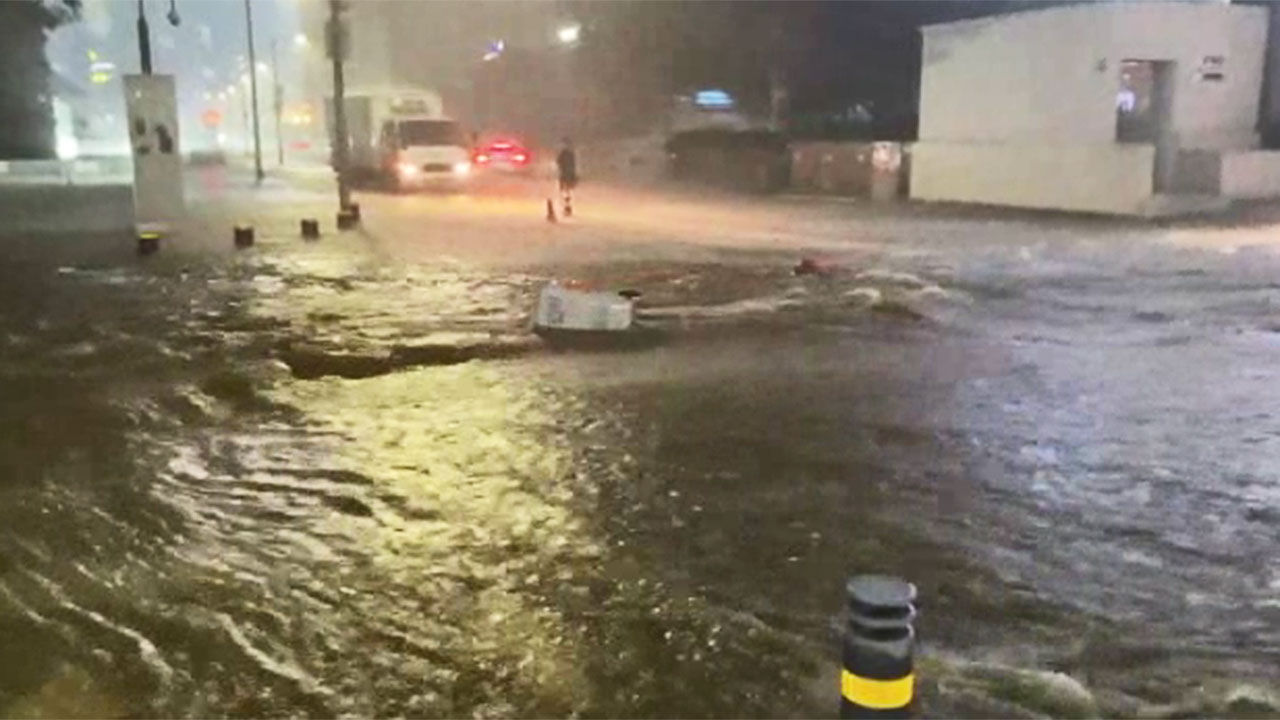 It is raining heavily in the central region including the metropolitan area.

In particular, in the Gangnam area of ​​Seoul, the road is flooded and the damage is increasing.

Reporter Park Se-won, first, tell us about the damage situation in the Gangnam area.

Yes, I am at the intersection of Daechi Station in Seoul.

As you can see from the back, it is raining so much that the car is half submerged.

We are now controlling vehicular traffic.

Due to heavy rain today (8th), sewage backflowed in the Gangnam area, so roads and sidewalks were all submerged.

Just a little while ago, there were a lot of dangerous situations where people were trying to get home from the current.

The subway station was also flooded, and Dongjak Station on Subway Line 9 was closed from 9:30 pm, and the water around Yangjae Station was also filled with water enough to submerge some of the wheels.

As a result, pedestrians and vehicles in both directions are fully controlled.

Flooding damage is also occurring on the basement floors of commercial buildings and houses in low-lying areas.

There were also reports that water leaks were occurring in several places inside COEX in Samseong-dong and that water was filling up in the underground parking lot.

In Gangnam-gu and Seocho-gu areas, reports of power cuts are coming in intensively.

However, concerns are growing due to flooding, traffic congestion, and concerns about safety accidents.

KEPCO said that most of the building's power supply facilities are underground, but it is estimated that the problem is occurring due to flooding due to heavy rain.