Parents are raising their voices against the plan to abolish foreign language high schools amid strong opposition to the Ministry of Education's plan to enter a 5-year-old elementary school. 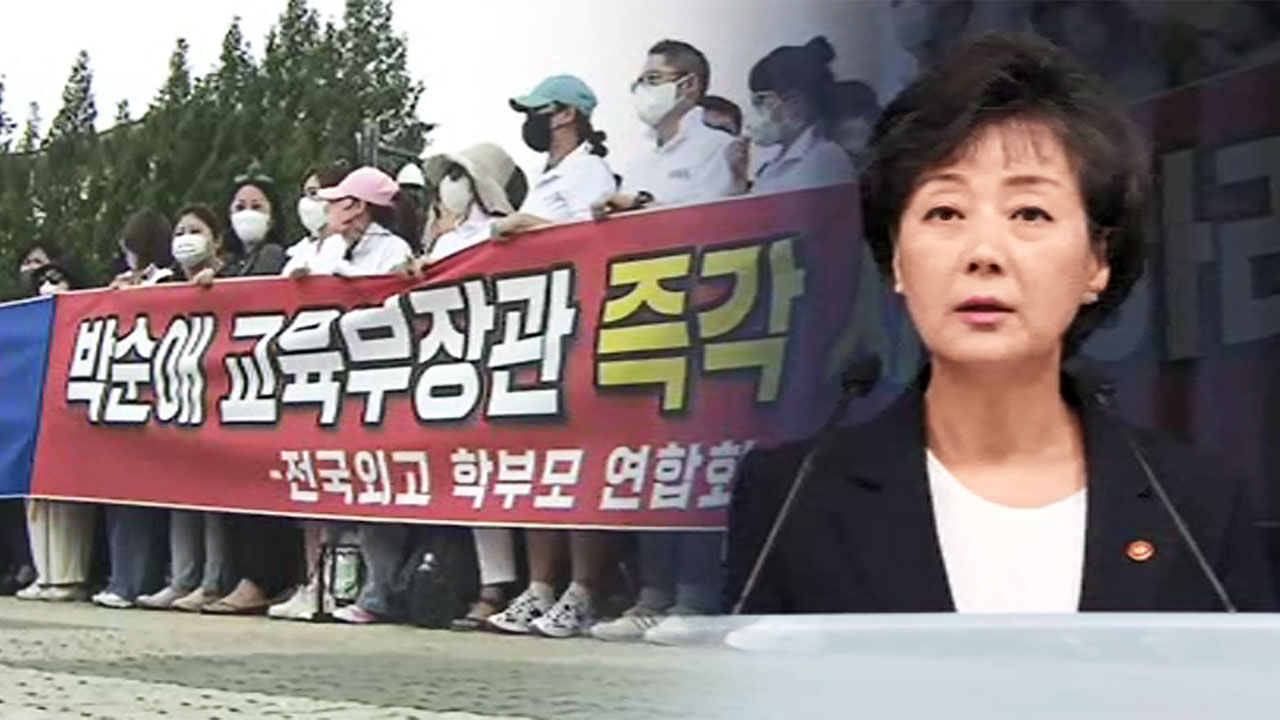 Parents are raising their voices against the plan to abolish foreign language high schools amid strong protests against the Ministry of Education's plan to enter a 5-year-old elementary school.

Against the backdrop of pointing out that it was a unilateral announcement without asking for opinions, demands for the minister's resignation are growing.

150 parents of foreign language high schools in 30 locations across the country gathered to urge Minister Park Soon-ae to resign.

The abolition of foreign language high schools infringes on the educational right of schools and the right of students and parents to choose education.

[Choi Min-jeong/President of the National Association of Foreign High School Parents: If the cause of maintaining high school, gifted high school, and private high school is to satisfy the educational autonomy and diversity of students and parents, the retention of foreign high school and international high schools must also be guaranteed to maintain policy consistency.]

Last Friday, the President Information that was not in the business report material came out through the mouth of Minister Park.

[Park Soon-ae/Minister of Education (June 29, prior briefing on new government work report): Maintaining private high schools, but abolishing or converting foreign high schools so that general high schools have special purposes not only in foreign languages ​​but also in various fields of curriculum…

The Ministry of Education withdrew, saying that it would prepare a draft by the end of the year after collecting opinions.

The minister made the announcement and the Ministry of Education followed suit repeatedly.

Lack of communication and one-way notification are no different from the reorganization of the school system.

In front of the Yongsan Presidential Office, protests against the reorganization of the school system continued for the fifth day.

Even elementary school students raised their voices on the podium.

[Jeong Se-in / Elementary school student: I hope that my 7-year-old sisters do not go to school.

I don't know why I have to go to school because I have to play more in kindergarten.]

Minister Park, who emphasized communication, met with parents and superintendents only once after the controversy over the school system reorganization, but there was no official schedule for today (the 5th).