"Evidence of the first steps of Russian art": archaeologists have found the lost frescoes of the Novgorod Cathedral of the XII century

Russian archaeologists have discovered fragments of 12th-century frescoes that were used to decorate Novgorod's St. George's Cathedral. The images were knocked off the walls of the temple during repairs in the 19th century. Part of the ancient Russian frescoes was used as the basis for the new floor of the cathedral, and the builders simply threw out the rest of the fragments as garbage. The search for lost frescoes is carried out by specialists from the Institute of Archeology of the Russian Academy of Sciences. From the fragments found on the territory of the monastery, it has already been possible to restore the face of a young woman. 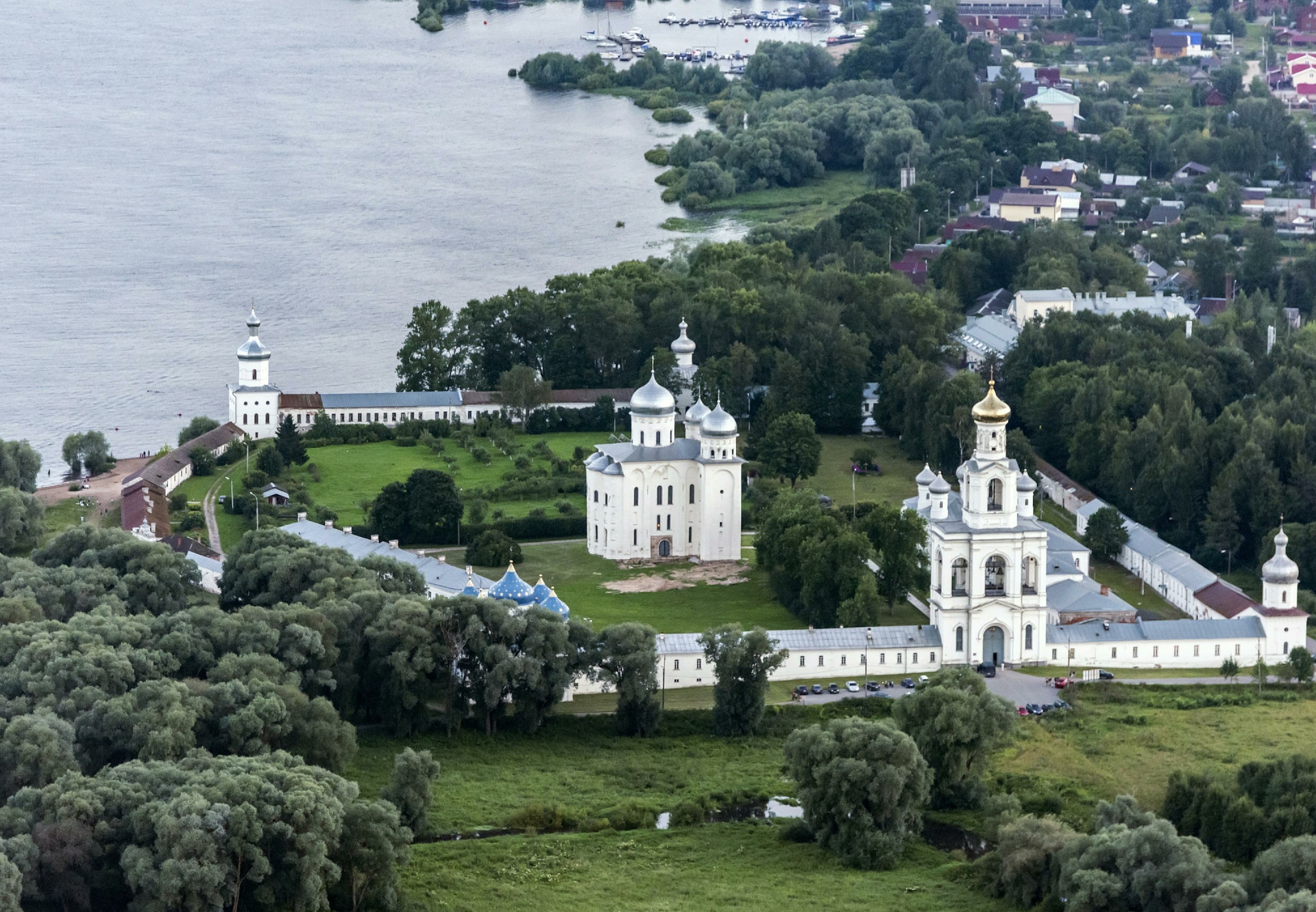 Specialists from the architectural and archaeological team of the Institute of Archeology of the Russian Academy of Sciences discovered on the territory of the Yuryev Monastery in Veliky Novgorod many fragments of frescoes knocked off the walls and ceiling of the St.

The temple was founded in 1119 at the behest of the Novgorod prince Vsevolod Mstislavich.

Its wall paintings survived until the first third of the 19th century, when builders used knocked down frescoes as the basis for a new cast-iron floor of the cathedral.

However, according to scientists, only a third of the pre-Mongolian frescoes were used for these works, and most of the fragments were buried outside the temple as construction debris.

Archaeological work on the territory of the Yuriev Monastery has been carried out since 2013 under the leadership of Vladimir Sedov, Corresponding Member of the Russian Academy of Sciences.

Excavations in areas adjacent to the cathedral from the north, south and east began in 2016.

Since then, scientists have replenished the collection of frescoes of the St. George's Cathedral with new fragments, but until recently, a large accumulation of fragments of frescoes could not be found.

In July 2022, archaeologists laid two pits to the east of the cathedral on the territory of the monastery lawn.

At a depth of 60-70 cm, scientists found fragments with colorful images that differ in size and shape.

Employees of the Novgorod Museum, who had previously developed a method for extracting frescoes from building ruins, took part in the work.

As a result, experts have collected more than 100 tablets with fragments of frescoes.

The finds were transferred to the Novgorod Center for the Restoration of Monumental Painting for further processing, conservation and study.

According to archaeologists, this is the largest find made outside the cathedral.

Most of the found fragments do not have visible images; several fragments contain paintings.

And only two fragments made up one image - the face of a woman.

Marina Vdovichenko, Candidate of Art History, Scientific Secretary of the Institute of Archeology of the Russian Academy of Sciences, noted that this find justifies all the efforts made to extract the frescoes from the ground.

“This is the face of a young woman, turned three-quarters, even a little more, towards the viewer.

Half of the high forehead is covered by a white headdress or bandage with deep greenish shadows, which makes up the upper part of the face; a fragment is broken under a thin nose with open nostrils.

The lower part of the face has not yet been identified.

The intact, wide-open eyes of this character of antiquity glide past the modern viewer, looking behind his back, and the oblique ragged joint of fragments passing along the bridge of the nose gives additional expressiveness, ”the expert noted.

According to her, the frescoes extracted from the earth have a unique artistic and scientific potential.

Images are one of the earliest examples of monumental wall painting in Northern Russia.

"The frescoes of St. George's Cathedral are evidence of the first steps of Russian art in the area that has become, along with icon painting, its quintessence," Vdovichenko emphasized.