Minister of Public Administration and Security Lee Sang-min said that the meeting was a matter of disobeying a legitimate duty order and that it should be thoroughly investigated and dealt with. Reporter Nam Jung-min reports. 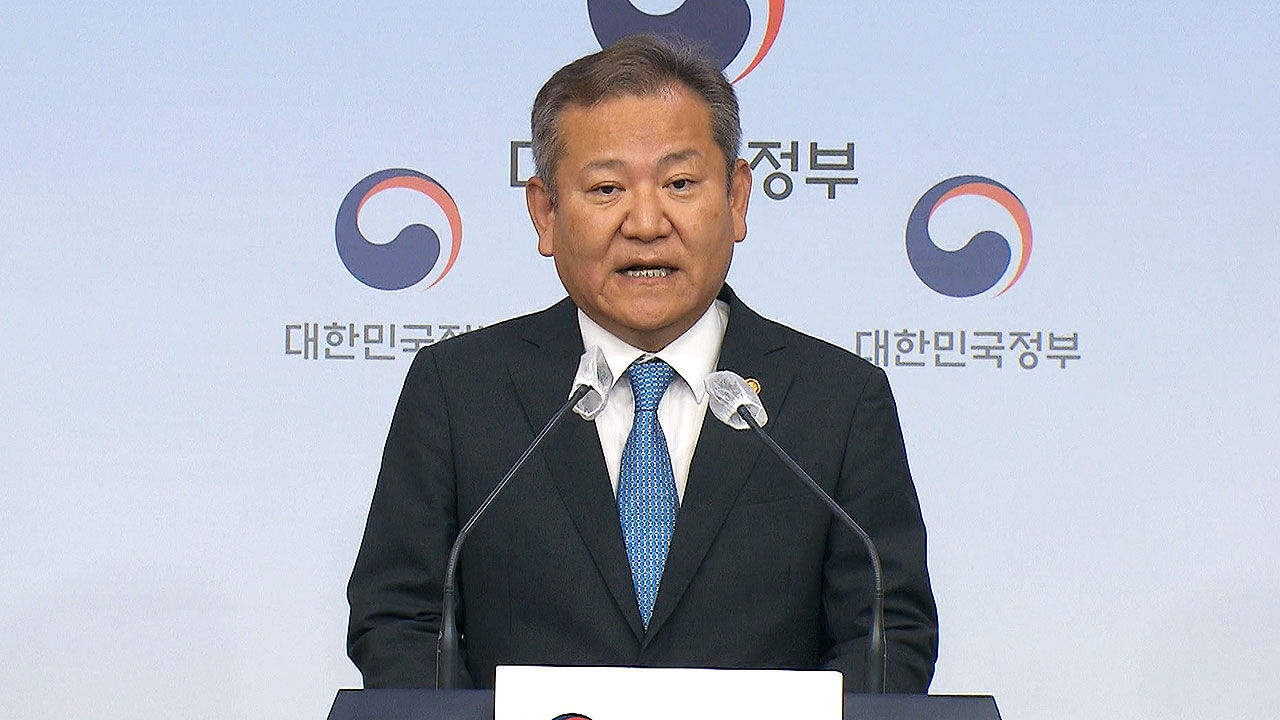 Minister of Public Administration and Security Lee Sang-min said that this meeting was a matter of disobeying a legitimate duty order, and that it should be thoroughly investigated and followed up.

Lee Sang-min, Minister of the Interior and Safety, held a briefing at 11 am today (25th) at the government complex in Seoul and expressed deep regret for the National Police Chiefs' Meeting held the day before.

He pointed out that this is an unprecedented situation caused by the accumulation of misunderstandings and distortions related to the establishment of the police station.

Minister Lee defined the meeting of the superintendents held yesterday as a matter of disobeying the lawful order of duty as there was an order to disband before and during the meeting by the police leadership.

He also mentioned that it is very dangerous to artificially oppose government measures in violation of upper-level orders, such as the 12.12 coup of the Hana Conference, saying that it is different from the collective action of ordinary civil servants.

The other day, about 190 police chiefs, nearly one-third of the total superintendents across the country, held a meeting and expressed an opinion that the enactment of laws related to the establishment of the Ministry of Public Administration and Security should be suspended for the time being.

Immediately after the meeting, the National Police Agency command took a strong stance, saying that it would take strict measures against those who attended, and then ordered Ryu Sam-young, the head of the Ulsan Central Department, who led the meeting, to stand-by.

As Minister Lee also announced today that the illegality of the meeting should be strictly investigated and followed up, the opposition from front-line police is likely to intensify ahead of the launch of the Police Department, which is less than 10 days away.