Suspension of contact visits at nursing hospitals nationwide... PCR test on the day of entry

Here is the news about COVID-19. As of Sunday's announcement, there were 65,000 new confirmed cases, the highest in 14 weeks. With this continuing spread, starting tomorrow, if you come from abroad, you will have to undergo a PCR test within one day, and visits to nursing hospitals that have been possible for a while will be suspended again. 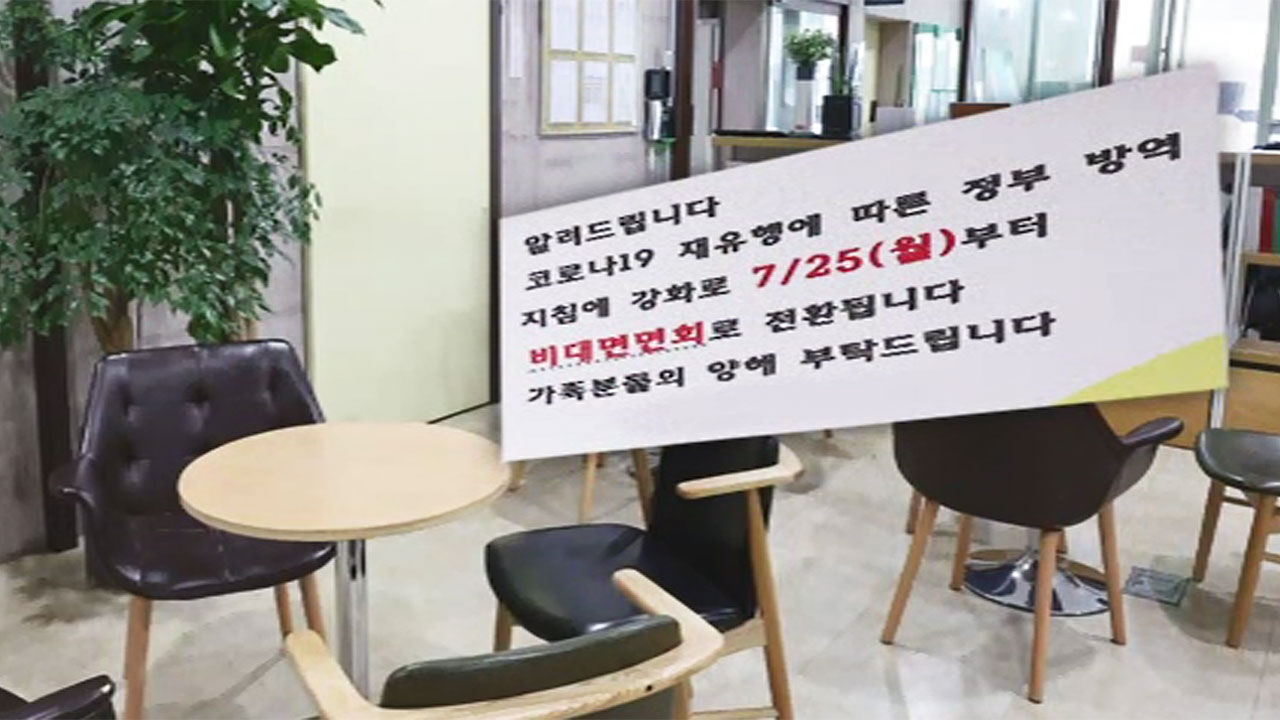 The following is the news of Corona 19.

As of Sunday's announcement, there were 65,000 new confirmed cases, the highest in 14 weeks.

In this continuous spread, starting tomorrow (25th), if you come from abroad, you will have to undergo a PCR test within one day, and visits to nursing homes that have been possible for a while will be suspended again.

At a nursing hospital in Bucheon, Gyeonggi-do, the families who held hands with the elderly and talked in the ward just a month ago now have a screen and talk over the phone.

This hospital has stopped contact visits since last Friday, but from tomorrow, all nursing hospitals nationwide will stop contact visits.

All outpatients are prohibited except for essential outpatient treatment, and hospital workers are required to undergo a PCR test once a week.

[Won In-ok / Yangcheon-gu, Seoul: If you come to visit, it is much better to hold hands with your mother.

When will the (regulation) be lifted and we will have a meeting, it would be nice if that happened sooner.]

Entry restrictions will also be strengthened.

The PCR test, which is received within 3 days of entry, must be received on the same day starting tomorrow.

The test will be allowed until the next day only if it is difficult due to time constraints, and the government has recommended that you wait at home or in your dorm until you get a negative result.

The number of confirmed cases imported from overseas has been recording three-digit numbers for a month, because the recent week has continued to increase to around 300 each day.

Among overseas arrivals, Korean nationals and long-term foreigners can be tested free of charge at the local public health center, and short-term foreigners must pay a fee at the airport to undergo testing.