Christian García: the chef who arrived at the Prince's Palace of Monaco for seven months and has been cooking for the Grimaldi for 35 years

There are experiences that, however short they may be, mark a roadmap that one would never have imagined. And that is precisely what happened to Christian García. In 1987... 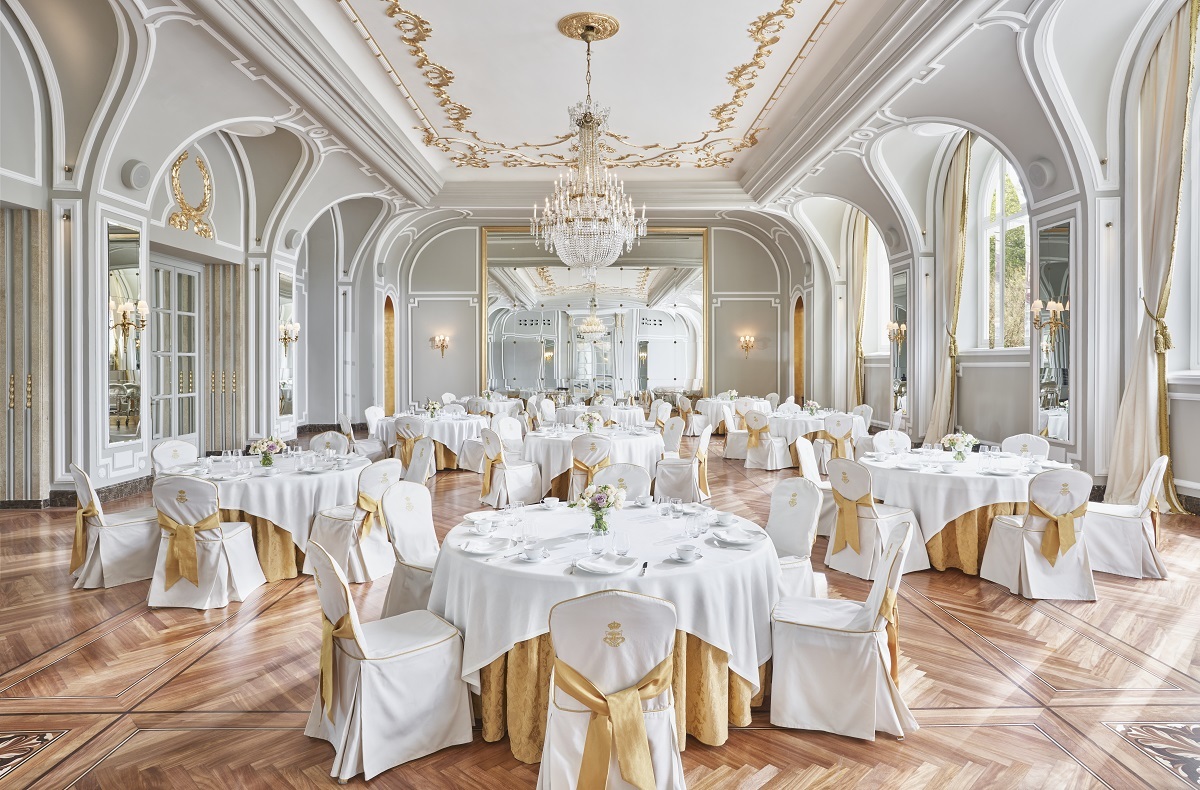 There are experiences that, however short they may be, mark a roadmap that one would never have imagined.

And that is precisely what happened to

In 1987 he arrived at the Prince's Palace (Monaco) to work for seven months in its kitchens and never left them again.

Thus, without planning it, this Frenchman by birth (Bourges, 1963), with Andalusian origins and Monegasque at heart, has

been the chef of the Grimaldi family since 2004.

Perhaps his name does not ring a bell - he does not live in the Michelin universe or that of the 50 Best Restaurants-, but it is at the top of Olympus.

Since 2007 he has chaired the Club Chefs des Chefs, the most exclusive gastronomic association in the world

that these days celebrates its annual summit in Madrid, at the Mandarin Oriental Ritz, and which culminates on Tuesday night with a

But let's go by parts.

What is this club?

Well, a select group of

25 chefs and cooks who

in the kitchens of the leaders of the planet

Cristeta Comerford, from the White House... Or Christian García, who

"Every three years there are elections, and I am very happy that my colleagues continue to place their trust in me", says this chef proudly who one day decided to follow the family profession (

"my parents had a brasserie in Monaco"

"It is an exclusive club, yes, because to access it you have to be the chef of a head of state or a president of government. But

any country, if they wish, can be part of it.

Haiti joined a few years ago. What I want to highlight is that

there is no economic requirement. The only thing is that the chefs have availability to attend the events we do

Like the dinner that tonight hosts the Mandarin Oriental Ritz, whose menu he has designed himself (

"I have asked several colleagues to prepare a dish. To begin with, a foie gras with lemon, peach and almonds, the work of

the chef of the Champs-Elysées

Next are prawns with saffron and jelly from a rockfish, by García himself, and chicken with lobster sauce with baby carrots, by the chef of the royal family of the Netherlands.

the chocolate dessert created by José Roca, head chef of the President of the Spanish Government

, closes this closed proposal, the

proceeds of which will go to World Central Kitchen, chef José Andrés's NGO.

The Mandarin Oriental Ritz hotel in Madrid hosts the world summit of Chefs de Chefs and its charity gala dinner.

And here are the two pillars on which, according to Christian García, the club stands: "Being ambassadors of the gastronomy of each one of our countries and the organization of charity events.

, who wore the same jacket; an act for children in the Vatican; in Japan to help the victims of the tsunami...", details the head of this association whose slogans include "politics divides men, a good table unites them".

García is clear about his role in official appointments at the highest level.

"I try to make it a moment of enjoyment for the leaders, leaving aside other issues.

The kitchen is key in this type of event, any head of state shows through it the best of his country

As Talleyrand, Napoleon's minister, already said, "give me a good chef and I'll get you good deals," Garcia quotes.

Trained at the Lycée Hôtelier de Monaco, he went through the Monte-Carlo Beach and the Hotel Hermitage and spent

"I was almost a child, I was 23 years old, but I knew I couldn't waste the opportunity:

I worked hard to do my best and

", reconstructs those early years and remembers as if time had not passed the first dish he cooked for Prince Rainier.

"I was very shy and I was excited to meet him. Since he was a big fan of eggs

, I made him an egg and cheese soufflé

And from the meals of the past to those of the present, those that he prepares for the current sovereign prince of Monaco (from the private dinners to the menus of the official receptions that are organized weeks in advance).

Albert II of Monaco is a "fine gourmet".

"Every day he comes to the kitchens to talk about what he wants to eat, gastronomy.

Also after a trip he usually talks to me about the menus and the food they have tried. For me it is a

privilege to see the prince and princess every day

- Obligatory question, do you have autonomy to prepare the dishes?

Every day there are

Sometimes he suggests what he wants to eat.

Christian García, in the kitchen of the Grimaldi Palace.AXEL BASTELLO.

Discreet to the maximum (he has many hours of diplomacy behind his back), there is no one who can get Alberto II's favorite recipe out of him.

Although he does reveal that he loves Mediterranean cuisine, from the south of France, from the Riviera...

"It is very easy to prepare the menus, he likes everything. The only thing that I do not include is bluefin tuna from the Mediterranean. He is very committed to the protection of the oceans

Hence, it is common for vegetables and fruits to come from the organic garden they have... "Not only is he proud to eat them, but also to offer them to his guests."

-Seven months that have become 35 years.

Did you imagine it?

- Never, but it's been amazing.

I like to say that I not only love my work, but also my life and I have the opportunity to make each day different...

And to meet some of the most powerful people in the world.

"I have had the privilege of being with kings and queens, I do not forget when I met Juan Carlos I and Elizabeth II of England. If I have to stay with a moment, that is when I met Nelson Mandela. I will never forget it".

After dinner at the palace, Prince Albert called him to receive live praise for the Nobel Peace Prize

"I had prepared the dessert

The Star of South Africa

, inspired by the famous diamond of his country. I used a raspberry mousse, vanilla ice cream and white chocolate and in the shape of a diamond."

Connoisseur of traditional Spanish cuisine, for him the

"It has been very special to be in the country where my grandfather was born."

Among his future plans: "plan some trips to learn about the novelties of Spanish cuisine and the dishes of its talented chefs."

But first it will be necessary to close the summit of this club, where one "does not rule more than another. We are all at the same level.

We only speak one language: that of cooking and good food", he concludes.