Fishing boat fires are continuing in Jeju. On the 4th, three fishing boats moored at Seongsan Port were burned by fire, and today another fishing boat moored at Jeju Hallim Port caught fire and was transferred to other nearby boats. 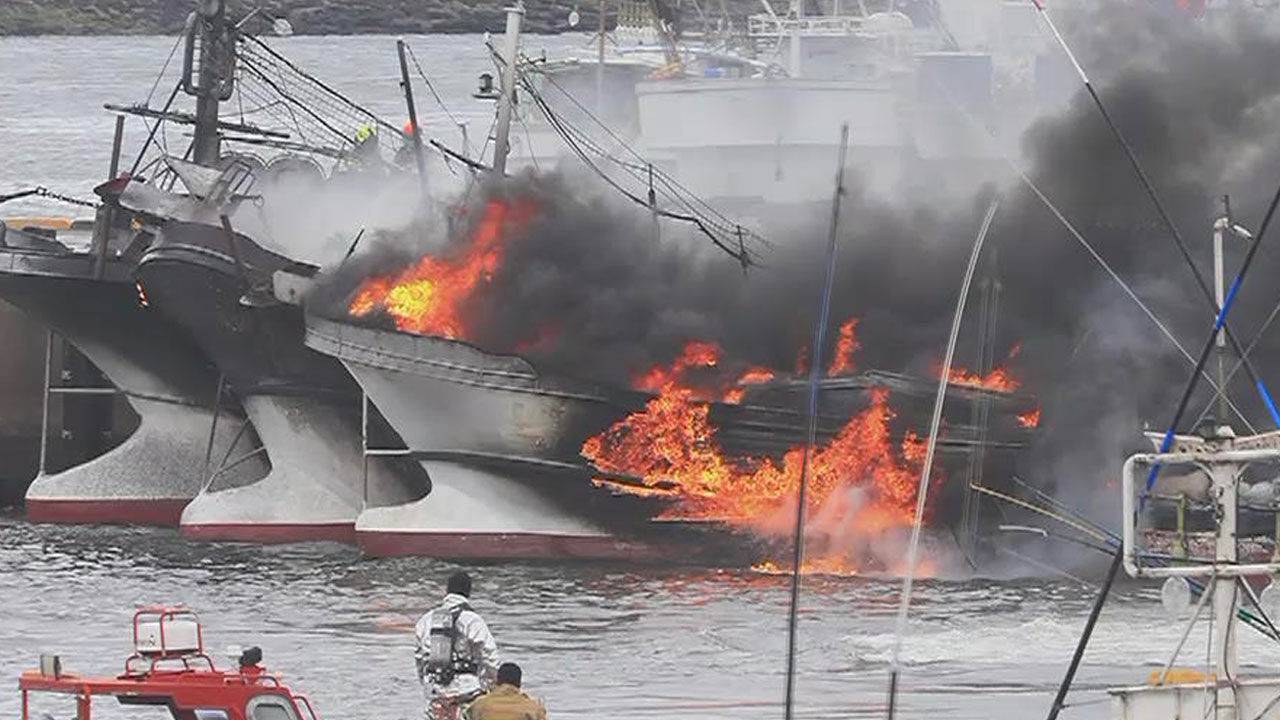 A fishing boat fire is continuing in Jeju.

On the 4th, three fishing boats moored at Seongsan Port were burned by fire.

At around 10:17 am today, a fire suddenly broke out in a boat that was moored at Hallim Port, Hallim-eup, Jeju City.

The ship that caught fire is a 49-ton class offshore fishing boat shipped from Hanlim.

The fire quickly spread to two other fishing boats nearby.

The three crew members from the fishing boat that started the fire escaped to the sea and were rescued, but were taken to a hospital with burns and fractures.

The two other crew members are missing and the Coast Guard and fire department are conducting a search operation.

It is known that there were no people on board the other two fishing boats that caught fire.

When a fire breaks out, the fire department has issued the first stage of response in which all fire departments are dispatched, and firefighting helicopters are also deployed to extinguish the fire.

However, fishing boats are a vulnerable material to fire, and the strong winds of 4 to 7 meters per second blow in the area around Hallim Port, making it difficult to suppress them.

Police and fire officials plan to determine the exact cause of the fire based on eyewitness accounts of the blaze followed by a bang.

Earlier, in the early morning of the 4th, a sailor in his 50s set fire to a fishing boat moored in Seongsan Port, Jeju, and was transferred to two other fishing boats, causing close to 3 billion won in damage.

As the fishing boat fires continued, Jeju Island announced that it would conduct emergency fire safety inspections on all ships and ports in the province.