Real Madrid fans know a lot about celebrations lately, so much so that there are people who put on the Real Madrid shirt for any occasion: a wedding under the... 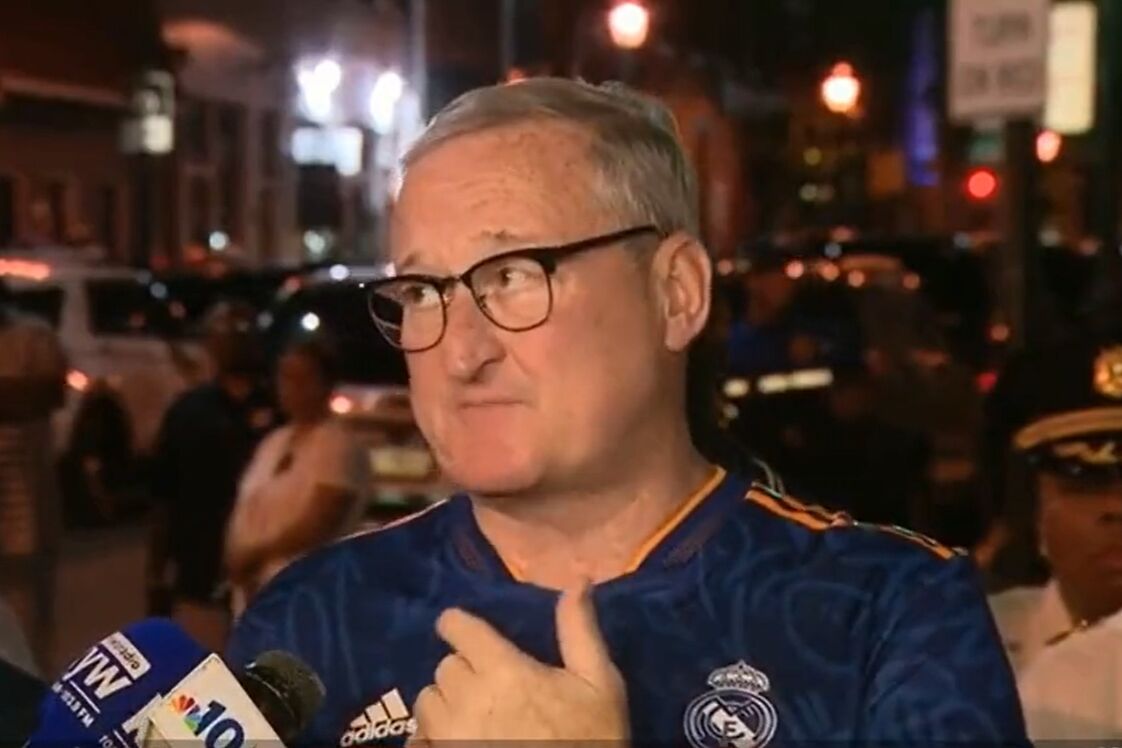 Real Madrid fans know a lot about celebrations lately, so much so that there are people who wear the Real Madrid shirt for any occasion: a wedding under the suit, a birthday or to celebrate their country's day.

in the United States is lived in style to celebrate

, but this year has been marked by the shooting in

that has left three dead and 11 injured.

, has spoken in the media to condemn what happened.

But, beyond his message, his outfit has drawn attention on social networks: he was dressed in

It is not known if he used it to celebrate the 4th of July or if he put it on to make the statements.

When asked about his shirt, the Democratic mayor stated that he recently visited the Spanish capital and that "it's great" because

"you can walk down the street safely

Kenney has also had to answer about the security of

that has Philadelphia itself as one of its venues.

"I'm worried every day, there isn't an event or a day that I don't go to bed at night, stare at the ceiling and worry about things. So

everything we've had in the city for the last seven years worries me.

I am waiting for something bad to happen all the time

. I will be happy when I am not here, when I am not mayor and I can enjoy some things," he commented after saying that he has not enjoyed any event in recent years.

On the question of shooting and weapons, he has argued that the United States is

one of the most armed countries in history, but that it is one of the least safe

"Until Americans decide they want to give up guns and give up the opportunity to get guns, we're going to have this problem," Kenney said.