An accident occurred while the rides at the 'Legoland Korea Resort' located in Chuncheon, Gangwon-do were stopped. At around 4:13 pm on the 5th, a roller coaster named 'Dragon Coaster' in Legoland suddenly stopped while it was running. 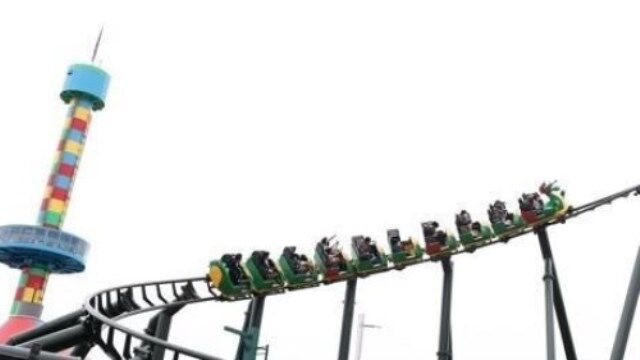 An accident occurred while the amusement rides of 'Legoland Korea Resort' (hereafter referred to as Legoland) located in Chuncheon, Gangwon-do stopped operating.

At around 4:13 pm on the 5th, a roller coaster named 'Dragon Coaster' in Legoland suddenly stopped while it was running.

There were 29 people on board at the time of the accident.

Fortunately, no passengers were injured, but they had to panic at heights for about 40 minutes while waiting for rescue.

This isn't the first time a stoppage has occurred on the ride.

Following the pilot operation on May 2nd before the opening, the roller coaster stopped during Children's Day on May 5th, when Legoland officially opened.

On May 6, there was a problem that the train could not recognize the entrance due to a sensor error, causing another stop accident.

Regarding the accident, which recurred after two months since May, Legoland said, "The electricity supply was cut off for a while, and the rides stopped."

On the other hand, KEPCO's Gangwon headquarters said, "There was no problem with the electricity supply," and opinions are divided as to the cause of the accident.