A woman in her 20s disappeared at Gayang Station for a week... There was a suspicious report that night 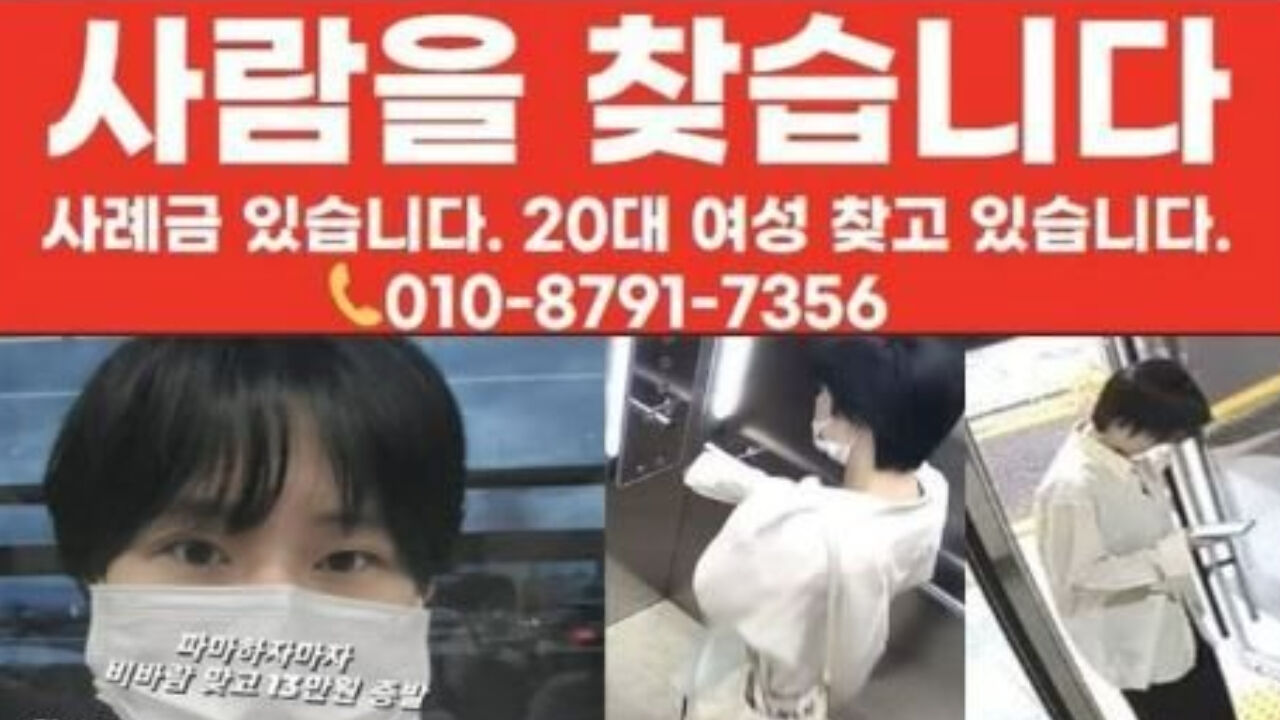 Police are investigating the disappearance of a woman in her 20s near Gayang Station on Seoul Subway Line 9 for a week.

According to the police today (the 5th), the disappearance investigation team of the Gangseo Police Station in Seoul is looking for Kim Ga-eul (24), who went missing near Gayang Station in Gangseo-gu on the 27th of last month.

Mr. Kim is 163 cm tall and skinny, his hairstyle is short and he has a tattoo on his left arm.

At the time of his disappearance, Kim was wearing a beige top, black pants and rain boots.

According to Kim's older sister, on the day of her disappearance, Kim visited a nearby beauty salon after finishing work at a company located in Gangnam.

Mr. Kim posted a photo on his SNS account saying, "As soon as I got a perm, the rain and wind evaporated 130,000 won. As expected, Gangnam is a neighborhood with eyes open and nose baits."

However, Kim lost contact with his family and acquaintances after 9:30 pm that night.

The last place Mr. Kim was found was near Gayang Station.

At 11 o'clock that night, when Kim lost contact, something strange happened.

An ambulance was dispatched to the home of Mr. Kim and his sister in Gangseo-gu.

With this in mind, some speculate that Mr. Kim may have requested rescue.

This is because there has been a case where a victim exposed to an emergency situation in the past called the police station, etc.

A police official said, "So far, no criminal damage has been found."

Kim's older sister said, "There are no meaningful reports or eyewitnesses related to the disappearance."