“They will transform the labor market”: a Russian scientist talks about robots in the domestic industry

Robotization of production is an inevitable historical process, Anton Pyrkin, professor, dean of the Faculty of Control Systems and Robotics at ITMO University, said in an interview with RT. He told in which areas of the domestic industry robots are now involved - in some industries they perform about 90% of technological operations. According to the scientist, due to the sanctions, there are not enough components for domestic robots. In order for robot manufacturers in Russia to be able to create their own product faster and easier, additional government funding is needed, the professor believes. 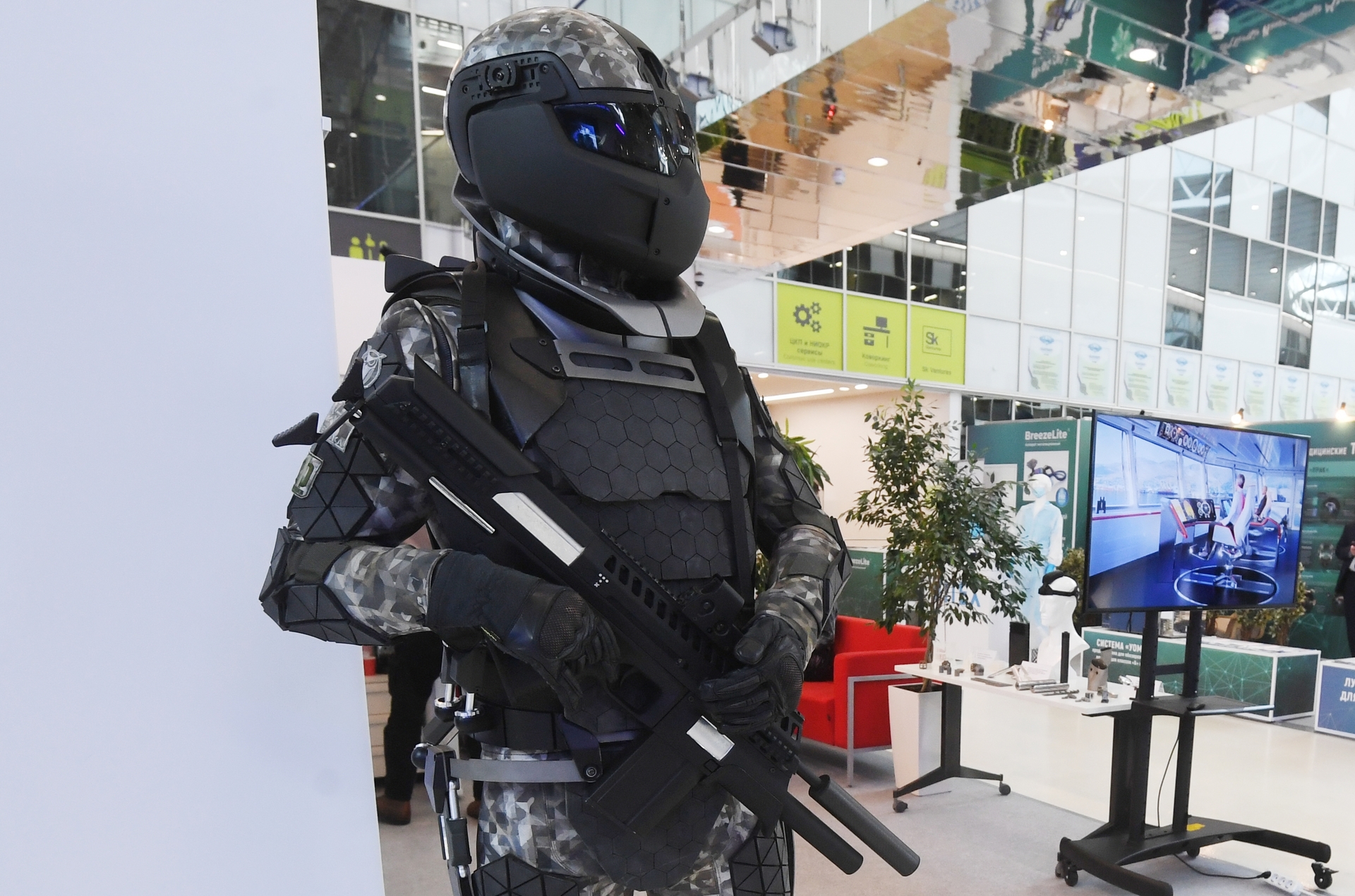 robotics is actively developing all over the world.

Thus, the International Federation of Robotics predicts that this market will grow by 6% per year until 2024.

In which areas of the national economy is the most active introduction of robots and which areas are already robotized?

- Not all areas of activity are robotized enough, the main trend in the civil sector is robots for agriculture.

In this area, there is a wide field for the automation of human labor.

Robots will be able to work in the fields and monitor their condition.

Robots are also in high demand in the military industry, in particular, in the defense industry, where there is interest in unmanned mobile robots and exoskeletons.

For example, at any point in space, at any angle of inclination, bring a tool: a drill, cutter or screwdriver.

In the domestic industry, robots are used, for example, in welding and grinding operations.

In particular, at the Schneider Electric plant in the city of Kommunar, a huge number of robotic complexes are engaged in painting parts, welding and other operations.

At the Thermex plant in Tosno, robots produce water-heating boilers.

In many areas of the domestic industry, about 90% of technological operations are carried out by robots.

For example, any production of cars and their components is associated with robotics.

Robots allow you to repeat and perform the most complex operations with high accuracy.

They are used for the preparation of medicines, when many similar and cyclical processes must be performed.

Of course, I would like to see as many robots as possible appear in production and help people.

— According to statistics, in Russia the level of industrial robotization is below the world average.

Why are we lagging behind in this area?

What measures could help the development of this area in Russia?

— We were built into the global chain of division of labor and performed our functions.

This whole chain created the conditions for the formation of countries with large robot companies.

These include Japan, Germany, Sweden, America and Denmark.

In Russia, we lag behind them for various reasons.

Now there is a lot of talk about import substitution as some kind of transition to a healthy economy.

My experience is that imports are likely to win in the near future.

All equipment, including robots, will come from other countries.

If we develop robots ourselves, with domestic components, it will be much more expensive.

First of all, our industry needs to be able to produce robotic arms on a large scale.

In Russia, for example, there are TsNII RTK (Central Research Institute of Robotics and Technical Cybernetics) and the Diakont company, which produce modern robots, and they are able to make them cheaper.

However, there is another problem - expensive loans.

To establish mass production of robots, large investments are needed.

In my opinion, additional programs are needed to make it easier for manufacturers of equipment in Russia to create their own product.

I really hope that in the future Russian robot manufacturers will be able to produce industrial equipment much faster and cheaper.

- Previously, Russian scientists have developed a robotic device that will improve the process of bone formation during the treatment of patients with diseases and injuries of the musculoskeletal system.

How actively are robots used in medicine?

— Robots in medicine are widespread and actively used in our country.

For example, at the end of March, a robot for ultrasound research was created in Russia.

Also in our country they create expensive robotic surgeons with telecontrol.

So, in the Russian scientific center of the Central Research Institute "Elektropribor" they developed a medical robot-manipulator.

Similar developments are underway in other countries.

In Russia, you need to try to make most of the medical robots yourself.

But given the fact that inflation is growing in the world, all robots used for medical purposes will become more expensive.

Therefore, such projects should be financed at the state level.

- It is known that most countries, including Russia, use imported microcircuits and processors, the production of which is tied to the United States and a number of other countries.

To what extent does the sphere of domestic robotics depend on these components?

It is known that processors are manufactured in only a few countries.

However, there is another problem, besides the fact that the processors are imported - they can be remotely turned off.

If, for example, buyers of a finished product believe that it can be reprogrammed, then they are mistaken.

The original developer can render this product inoperable at one point.

We have domestic processors, but their production is very expensive.

In order for microcircuits to be produced in large volumes, cooperation between different industries is needed.

In my opinion, at the moment it is very difficult to focus on our own production of microcircuits and processors.

However, if we go through this difficult path, then we will have our own robots, our own processors, and much more.

- In addition to microcircuits and processors, are there any other imported components that were used in domestic robotics?

And can we replace them with Russian counterparts?

— Now we are faced with the problem of replacing electric motors.

There are developers in Russia who create high quality motors for robotics.

However, this is not yet a large-scale production.

Electric motors are the basic element for the entire machine or robot control system.

The transition to the domestic element base will significantly increase the cost of production.

Russian electric motors have some limitations, but they are insignificant.

I think we could replace foreign analogues in the future if production is established.

- According to a number of studies, in China, robots will replace almost 5% of the workforce by 2025, and this will lead to the disappearance of certain jobs and increased competition in the labor market.

How does robotization affect the labor market?

We are now at a historic moment.

There are so-called technological structures, when production changes over time.

We are now at the junction of the fifth and sixth.

One of the signs of the sixth order is the emergence of artificial intelligence technology.

You can remember how cars, electric lighting or the conveyor appeared and how the public reacted to it.

She resisted something new and unknown, because these inventions disrupted the usual economic order.

It is worth taking a closer look at the emergence of robots in our lives that will transform the labor market.

There is a certain stereotype that the market for professions will never change, but this is not true.

The transformation will still happen, and nothing can be done about it.

Over time, some professions will become a thing of the past.

So, once the appearance of a washing machine was something impossible.

However, the modern generation cannot live without it.

And the laundress profession disappeared.

Of course, there is the problem of job losses.

However, in the process of evolution, new professions appear and the labor market changes.

For example, people are needed to maintain and create the same robots.

I must say that the modern system of training specialists, for example, at ITMO University, responds quite quickly to changes in market conditions, minimizing the risk of unemployment by retraining people who have lost their jobs.

So, if robots do some hard, dirty, boring and dangerous work instead of a person, this is absolutely normal.

In some areas, robots will replace human labor - this is part of the historical process, and we should be calm about this.