A large fire on a dodge fishing boat filled with 'oil'... fire to the fire engine

Yesterday, three large fishing boats moored at a port in Jeju to avoid a typhoon caught on fire. After the typhoon, it was difficult to extinguish because of the oil that was filled in the fishing boats for fishing. 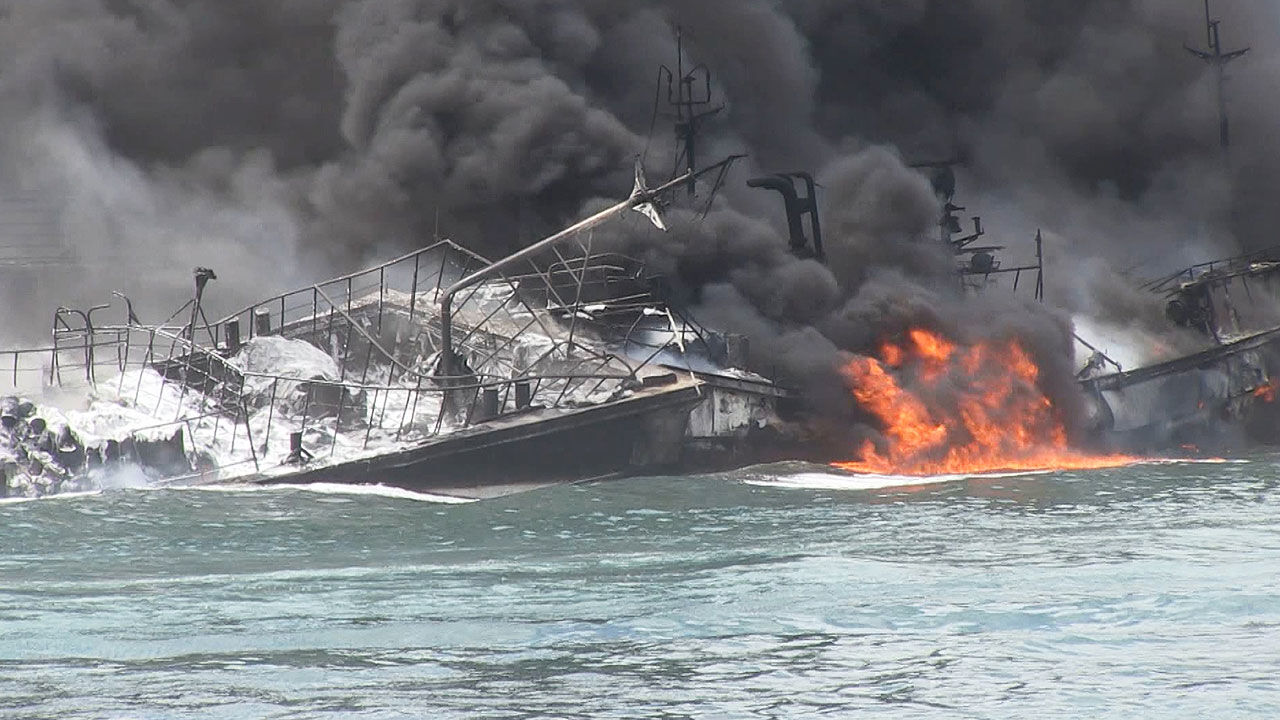 Yesterday (4th), three large fishing boats moored to avoid a typhoon in a port in Jeju caught a big fire.

After the typhoon, it was difficult to extinguish because of the oil that was filled in the fishing boats for fishing.

Oil spilled from the fishing boat caught fire, and the fire broke out again five hours after the first inspection was completed.

A large fire engine working nearby was also burned down by the strong flames.

The fire broke out on the fishing boat around 4:30 in the morning.

With nine fishing boats anchored one after another, a fire started in the middle and continued to spread.

[Kim Byung-soo / Jeju Eastern Fire Station Command Team Leader: Since the material is made of FRP these days, the combustion rapidly expands, and if the ship is tied up, the combustion continues to expand to the adjacent ship...

At that time, there were about 200 fishing boats urgently evacuated to this port due to the news of the typhoon heading north.

The fire department issued the first stage of response and mobilized all personnel and equipment.

Due to the nature of fishing boats, once a fire is ignited, it cannot be extinguished easily, so it was very difficult to extinguish the fire.

As it continued to rekindle due to oil, the fire was barely extinguished in about 12 hours, and fortunately there were no casualties.

It was found that the three fishing boats on fire were large fishing boats weighing around 30 tons, and about 85,000 liters of oil were loaded for fishing after the typhoon evaded.

[Damaged shipowner: Because the price of oil keeps going up.

Because it is such a large ship, it was loaded with a lot of oil and a lot of goods, but the things inside the ship do more damage.

] Since so many fishing boats have been destroyed, it is expected that it will be difficult to determine the cause of the fire.