SRT derailment accident, 'rail abnormality' was reported, but no follow-up action was taken

Two days ago, an SRT high-speed train derailed in Daejeon, injuring 11 passengers. However, it was confirmed that the train that passed the accident section first reported a 'rail abnormality'. 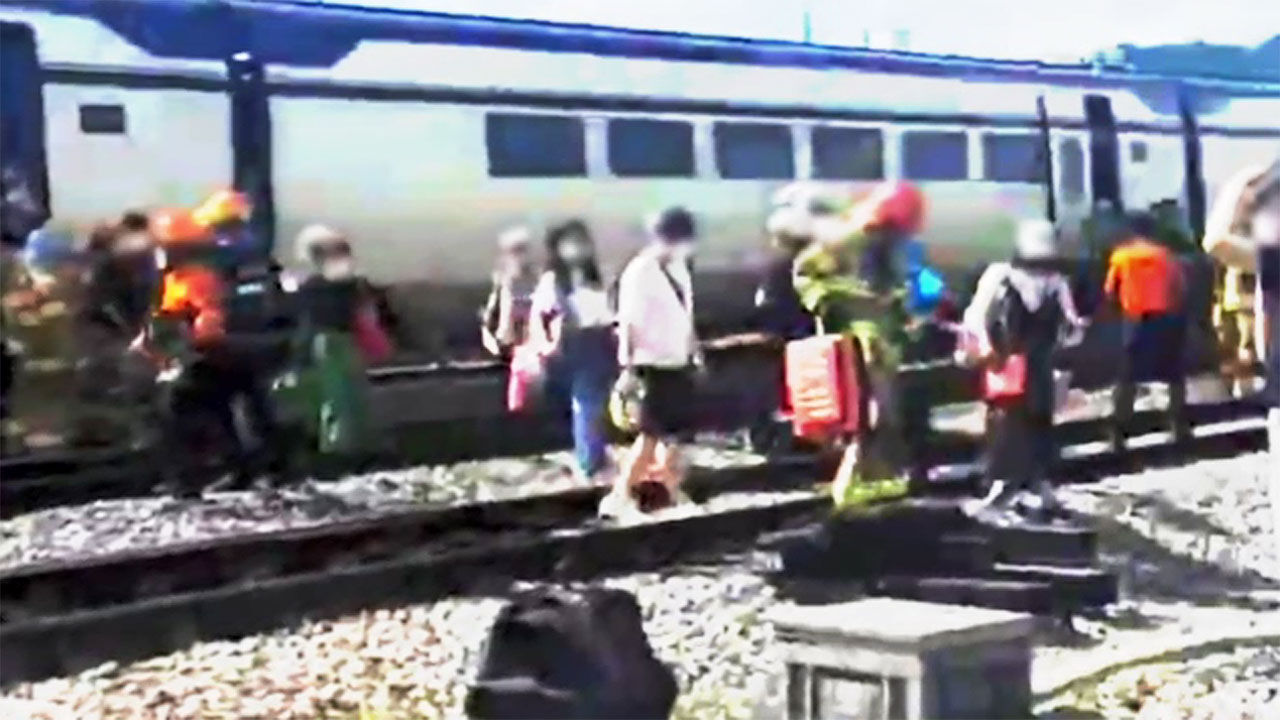 However, it was confirmed that the train that passed the accident section first reported a 'rail abnormality'.

The accident could have been prevented if appropriate follow-up measures had been taken at the time.

On the afternoon of the 1st, the rear wheel of the SRT train that was heading from Busan to Suseo Station in Seoul broke off the track near Daejeon Yard Station.

11 passengers were injured in this accident, but train operation was not normalized until 7 am yesterday, more than 15 hours later.

However, the Aviation Rail Accident Investigation Committee of the Ministry of Land, Infrastructure and Transport confirmed that an abnormal symptom was found just before the accident and a report was received.

It was enough to prevent a derailment accident.

The preceding train that had passed the accident section first reported to the Daejeon Yard Station, saying that the vehicle was shaking and 'there seems to be something wrong with the railroad'. That's it.

It is known that the gap between the preceding train and the train following the accident is about 5 minutes.

[Ministry of Land, Infrastructure and Transport: I heard that the (accident train) passed at about 100 km/h.)

(Anomalous sign) If I had been contacted, I would have slowed down (speed) enough to stop immediately.

If a problem was found before.]

Regarding the cause of the accident, the Ministry of Land, Infrastructure and Transport is investigating all possibilities, such as railway management problems or poor vehicle maintenance.

In addition, we are investigating the reason why the control room at Daejeon Yard Station did not give instructions to follow trains with caution, etc.

KORAIL, which automatically refunded delay compensation to train passengers due to the derailment accident, announced that it would pay for alternative transportation if it was unavoidable to use a taxi to the destination.