Reports of "muddy water in the capital" one after another... Some residents are uncomfortable with the heat

Today, there have been reports of damage that muddy water is coming out of a residential area in Yangcheon-gu, Seoul. In this heat, I couldn't even use the water properly, which made the discomfort even greater. Reporter Baek Woon reports. 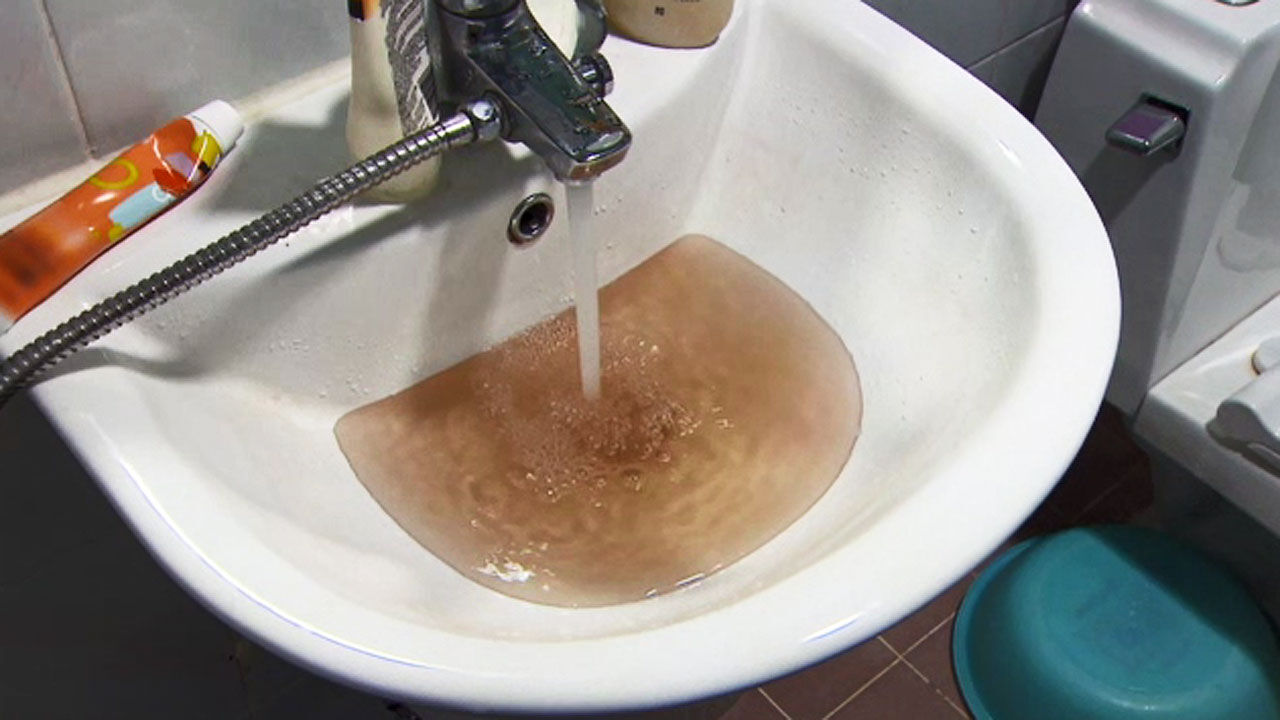 Today (2nd), there were reports of damage that muddy water was coming out of a residential area in Yangcheon-gu, Seoul.

In this heat, I couldn't even use the water properly, which made the discomfort even greater.

you turn on the tap water, the inside of the washbasin quickly fills with muddy water.

From around noon today, muddy water came out from the capital of the residential area in Sinjeong-dong, Yangcheon-gu, Seoul.

[Victim: The child was startled while going to the bathroom, 'Dad, there is strange water.']

Over 80 reports of muddy water were received during the afternoon.

The Seoul Waterworks Headquarters said that it was because of a leak that occurred while cleaning the water supply pipe installed 36 years ago.

There was also a fire in the car in the sweltering heat.

At around 4:30 pm today, a car caught fire in the parking lot of Ttukseom Hangang Park in Gwangjin-gu, Seoul.

No one was injured, but a fire spread to a nearby vehicle, causing damage to 11 vehicles, including three burning.

Police and fire departments are investigating the exact cause of the fire based on the reporter's statement that the fire was caused by overheating of the air conditioner.

At the same time, a 1-ton truck collided with a passenger car near Yeoju Interchange in the direction of Gangneung on the Yeongdong Expressway.

The car caught fire shortly after the accident.

Police believe that the one-ton truck following the car that had stopped due to tire damage collided with it.

A car in the parking lot of an apartment building in Gyeyang-gu, Incheon caught on fire at about 1:20 this morning.

The owner of the vehicle, Mr. A, was in the car, but there were no injuries as nearby residents rescued it.

Police believe that Mr. A set fire to a newspaper in the car.